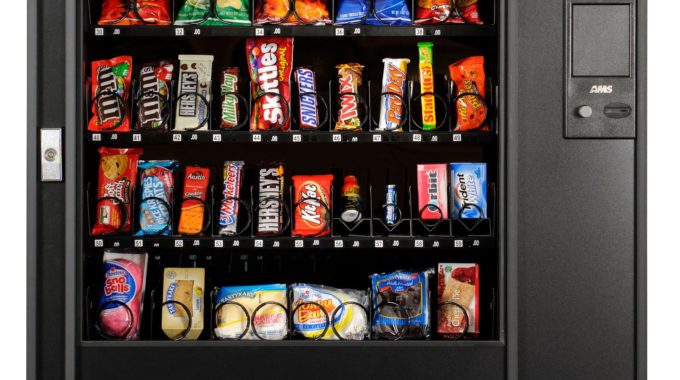 Is vending machine change up for grabs?

By Rabbi Yaakov Rappaport, Dayan for the Bais HaVaad

We use vending machines for all kinds of purposes, whether to buy a soda, coffee or snack, or even a newspaper or lottery ticket. Sometimes, a person tries to purchase an item from a vending machine, only to discover that the machine is broken.  As he presses the coin return, he may find that he receives his change and the change belonging to the customer before him.

But who acquires the lost coin, who is koneh it? Does it belong to the vending machine owner or can the finder keep it?

The Gemara in Bava Basra, perek chamishi, Hamocher es HaSefina, Daf 85B discusses this issue.  The Gemara says, “Omar Rebbe Yochanan, Keilim Shel Adom Koneh Lo Bkol Mokom Sheyesh Lo Rishus Lihanicho.”  When an object goes into a person’s vessel, that is a maaseh kinyon, and he now owns it.

How does this kinyan keilim work?

The opinion of the Nemukei Yosef is that it works because of Meshicha i.e. pulling the vessel which contains the object. This opinion is not accepted in Halacha. The most accepted view is that of the Ritva, which can be found in Avodah Zora, Daf 71B. The Ritva explains that kinyan kli works because it is koneh m’taam chotzer, it has the same Halachic status as a courtyard.

This rule is found in the laws of geneva. The Gemara in Bava Metziah teaches that in Parshas Mishpatim it says, “Ki Motze Timotzei B’yado”. The Gemora says “B’yado” refers to Gagoi, Chatzeiroi and  Karfifoi.” If a lost object is found in any of these domains owned by the robber, the thief must pay back double.  The Gemara says that the chotzer is considered a kinyon. If the object is in my chotzer, it is in my domain.

In order to be designated as a kinyon chotzer, the halacha requires one of two conditions.

1. The chotzer must be guarded, a chotzer hamishtameres. This is a chotzer that is locked in all four directions and is inaccessible. Since there are four walls, anything that is left there is guarded, and one can be sure that the object is contained in that domain.

2. Even without four walls, the chotzer is considered guarded, as long as the owner is omed b’tzida. If the owner is standing at the side of the chotzer, he is watching over its contents.

How many walls does a kli need?

When it comes to a kli, does the vessel need the same requirements for kinyon as a chatzor? Does the kli also need either a chotzer hamishtameres, with four walls, or an omed b’tzida, with the owner watching over it?

The Sefer Hamakneh in Kuntras Achron in Hilchos Kiddushin, siman 30:9, says that the kinyon kli is exactly analogous to kinyan chotzer.  The vessel either has to be locked, or the owner has to be standing right next to it.

However, when it comes to the walls that enclose it, a kli is different than a chotzer. Four walls can ensure that a chotzer is guarded. But a kli will still be accessible, even with four walls. Anyone can stick their hand in the top and take something. In order to make a kli as secure as a chotzer, you would need six sides, to put a lid on the vessel.

According to the Sefer Hamakneh, if the owner is not standing next to the kli, it would need to be closed in all directions and not accessible to anyone, in order to have a din of kinyon kli.

In the vending machine scenario, the machine would have to be closed in all directions, in order to utilize the kinyon of keilim.

The Nesivos brings a tremendous chiddush in Shulchan Aruch, Choshen Mishpat, siman 200:103. According to the Nesivos, every kinyan kli is learned out from kinyan chotzer, the din kli is only a yalfusa, it is being learned from chotzer, and it does not have to logically be like a chotzer.

The kli needs only to have the dimensions of a chotzer, with four walls. It is true that you can still get into it, but as long as it’s like a chotzer, it has the same din. According to this argument, even if the kli only has four walls and it still accessible, the yalfusa is so great, it is considered a chotzer hamishtameres – a guarded courtyard.

Who is koneh the lost coin?

With regards to the vending machine, if a coin comes out of the coin return, where was it lost, according to halacha?

What if a person is just playing around with the machine, and he finds some coins in the change dispenser?

That would involve the machlokes between the Makneh and the Nesivos.  According to the Makneh, there would not be a kinyan kli, because it’s not locked in, it’s easily accessible.  Even though it has mechitzos, the walls don’t really work, because you can just push it in and take out the object.  But according to the Nesivos, it would be a good kinyan kli, and the money would belong to the owner of the coin machine.

It is important to note, that even though there are times when you can keep the money you find in a machine, there is no right to bang on the machine to try to get extra change. Banging or tipping a vending machine is transgressing the issur of mazik.