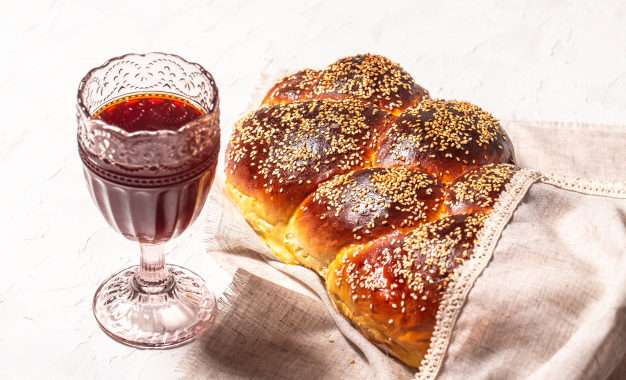 Q:  For the purposes of kiddush bimkom seudah, what foods constitute a “meal”?

A:  The Shulchan Aruch says (O.C. 273:1), based on the Gemara (Pesachim 101), that kiddush must be made bimkom seudah, in the location of the meal. He cites (ibid. 5) the Ge’onim that it’s enough if one ate just a little bread or drank a cup of wine for his kiddush to be valid, and he can eat his full Shabbos meal later. The Mishnah Brurah (ibid. 21-22) says the minimum quantities are a k’zayis of bread or a revi’is of wine, and he says that if wine suffices, certainly grain products like cake do as well. Beer or whiskey, however, do not, even according to those authorities who accept them for kiddush.

The Mishnah Brurah (ibid. 27) quotes those who require that one using wine to fulfill this obligation must drink a second revi’is; the first is for kiddush, the second is the “meal.” In the Sha’ar Hatziun (ibid. 29) he says that by day, one may rely on the view that one cup can suffice for both, but at night he should drink a second cup, and even that, according to some Rishonim, is insufficient. (He implies that by night, mezonos is sufficient, and also that by day, a single cup of wine will do.) The Mishnah Brurah (ibid. 26), citing Acharonim, says that by day—but not at night—one who is weak may rely on the Shiltei Hagiborim to use even fruit, meat, and the like as the “meal” for kiddush. One who is not weak, however, should follow the Shulchan Aruch’s view that these foods are insufficient even by day.