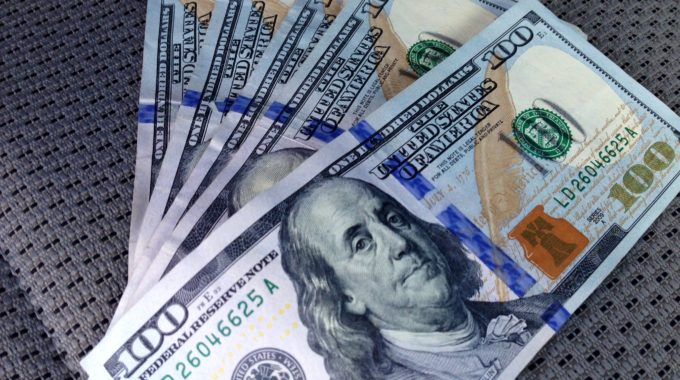 At a large barbecue in a friend’s backyard, I noticed a man searching frantically in the grass under his chair. When he stopped, I heard him mutter, “The $500 is gone forever.” He then left early. I searched the area and found five well-camouflaged hundred-dollar bills in the grass. To whom does the money belong?

A:  Because the owner experienced yiush (loss of hope of retrieving his money), he no longer owns the money.

When a hefker (ownerless) object enters someone’s property—even if he’s unaware of it—the property automatically acquires it on his behalf via kinyan chatzer, provided the property is a chatzer hamishtameres, i.e., the item is secure and protected within it. Nevertheless, it would seem that for two reasons, kinyan chatzer wouldn’t work in this case, even though a fenced-in backyard would qualify as mishtameres:

First, because the money entered the chatzer prior to the yiush, the chatzer wouldn’t acquire it for him. (See explanation in Shach 268:2 and Nesivos Hamishpat 262:1).

Second, the Mishnah states that one who finds a lost object in a store may keep it. The Rishonim ask, why doesn’t the property owner automatically acquire it with chatzer before it is found? They answer that the traffic of patrons makes the store not mishtameres, because anyone could happen upon the object (Tosafos, Bava Metzia 26a; Shulchan Aruch Choshen Mishpat 260:5). Similarly here, when a crowd is present the chatzer is not mishtameres.

Based on the above, the money would legally be yours to keep as the finder. However, Chazal recommend that in a case like this, where the finder knows who lost the item, he should go lifnim mishuras hadin (beyond what the halacha requires) and return it, unless the loser is rich and the finder is poor (Shulchan Aruch Choshen Mishpat 259:5).

Redemptive Rebate Excerpted and adapted from a shiur by Dayan Yehoshua Grunwald June 10, 2021…

Click below to print the PDF. Parshas Korach Print Version