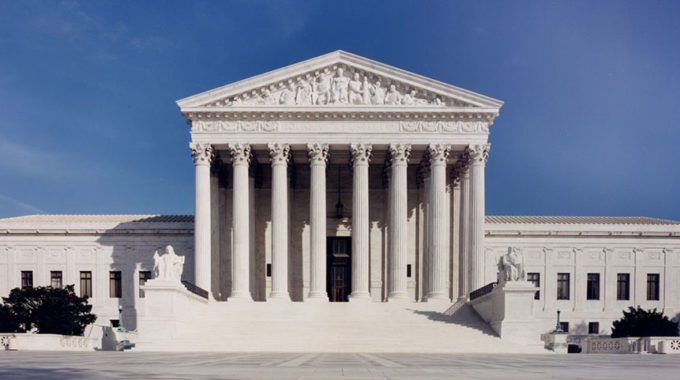 U.S. Supreme Court Associate Justice Ruth Bader Ginsburg passed away several weeks ago. She was a cultural icon on the left, largely because of her stalwart liberalism and feminism and her numerous feisty dissents from conservative decisions. Her admirers credited her for giving, as New York State Governor Andrew Cuomo and Israeli Supreme Court President Esther Hayut put it, “voice to the voiceless.” In this article, we consider the Torah’s view on whether sympathy for the underprivileged is a legitimate factor in judicial decision-making.

At first blush, it would seem absolutely forbidden for a judge to take such sympathy into account, because the Torah commands “v’dal lo sehdar b’rivo (do not glorify a destitute person in his grievance)”[1] and “lo sisa f’nei dal (do not favor the poor).”[2] Deeper investigation, however, reveals that the halacha is actually more nuanced.

The “way of the good” and the “paths of the righteous”

There is a famous Talmudic account of porters who negligently broke a barrel of wine belonging to one of the Amora’im. The owner sued, and Rav ruled in favor of the porters, as per the exhortation in Mishlei (2:20), “in order that you may walk in the way of the good.” The porters subsequently countersued for their wages, pleading that they were poor and hungry and had nothing, and Rav once again ruled in their favor, as per the conclusion of the above verse, “and keep the paths of the righteous.”[3]

Rav Saadiah Gaon explains that the exhortations of Mishlei are directed only toward the litigants, but the judge is barred from deviating from absolute justice by the admonition of lo sisa f’nei dal.[4] This approach, however, is difficult to reconcile with the text of the Talmudic account of the porters, where Rav, the judge, demands compliance with the exhortations of Mishlei.

R’ Dovid of Novardok takes a different approach. He infers from the incident of the porters that sometimes a dayan should not strictly enforce the letter of the law, and he suggests that perhaps the admonition of v’dal lo sehdar b’rivo is limited to a defendant who has actually received money from the plaintiff and is refusing to repay it, but not to one who has incurred liability via his negligence.[5]

Some go even further and argue, based on the account of the porters, that compassion is indeed a legitimate factor in judicial decision-making, and the prohibition of v’dal lo sehdar b’rivo applies only when the judge completely ignores the law and decides the matter based entirely on compassion. Where legitimate legal arguments exist on both sides, however, “the judge sometimes has permission to include considerations of compassion and pity toward the wretched and oppressed laborers.”[6]

Enforcing an obligation to go beyond the letter of the law

More generally, there is a major dispute among the Rishonim and Acharonim over whether Bais Din may ever compel a litigant to go beyond the letter of the law (lifnim mishuras hadin).[7] Some poskim rule that it may, depending on the relative economic situations of the litigants, while others disagree. Some adopt compromise positions: The Tzemach Tzedek maintains that Bais Din may not use physical force to compel a litigant to act lifnim mishuras hadin, but it may apply pressure to him via a decree of excommunication, and perhaps it may even seize his property to enforce compliance.[8] Others disagree, maintaining that according to the restrictive view of the Rishonim, even excommunication may not be used. Even these opinions do allow the use of moral suasion,[9] including (at least according to some) telling the litigant that he will be a sinner if he does not comply with the dictates of lifnim mishuras hadin.[10]

Based on this discussion, R’ Zalman Nechemia Goldberg explains that the essential difference between din and lifnim mishuras hadin is not the degree of obligation (since some maintain that even the latter is obligatory and enforceable), but rather that the specific, individual obligations of the Torah are universally and absolutely binding, whereas the general obligation of lifnim mishuras hadin is situational, and depends on the particular economic situations of the litigants and other contextual details.[11]

R’ Shlomo Yosef Zevin, following a disclaimer that he is unsure whether compassion can play a role in the composition of halachic responsa, notes that R’ Yitzchok Elchanan Spektor’s responsa usually arrive at lenient conclusions. He cites the mekubalim as saying that the souls of Bais Shammai were rooted in supernal din, while those of Bais Hillel were rooted in supernal compassion, and he maintains that “it seems that the root of the Torah-soul of R’ Yitzchok Elchanan was quarried from the midah of chesed.”[12]

[12]Sefarim V’sofrim, Teshuvos, Agunos Bis’shuvos R’ Yitzchok Elchanan. As a specific quantified example of his thesis, Rav Zevin notes that in the first volume of R’ Yitzchok Elchanan’s Ein Yitzchok there are more than seventy responsa dealing with all sorts of agunos, and in all but one he concludes leniently.

Adapted from the writings of Dayan Yitzhak Grossman July 29, 2022 Our previous article discussed…

Adapted from the writings of Dayan Yitzhak Grossman July 21, 2022 Reuters reports: CureVac has…