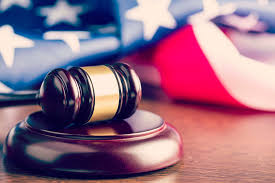 What qualities are desirable in a judge?

The drama of Judge Amy Coney Barrett’s confirmation hearings for the Supreme Court associate justice seat of the late Ruth Bader Ginsburg is currently playing out in Washington. A superstar on the right, she is a staunch religious, judicial, and (presumably) political conservative. In this article, we consider some of the qualifications the Torah establishes for judges in its narrative of Yisro’s advice to Moshe.[1]

The Torah relates that Yisro advised Moshe to seek out and appoint as judges “men of accomplishment, G-d-fearing people, men of truth who despise money.”[2] The commentaries explain these several phrases in various ways.[3]

Rashi explains that these are four distinct qualities, including “men of accomplishment,” i.e., wealthy ones, who will not be tempted to flatter or curry favor with litigants, and “people who despise money,” i.e., men who will turn over on their own initiative money that is rightfully theirs but cannot be proven to be so, and would therefore be seized from them by the court.[4]

The Ramban explains that “men of accomplishment” is a general expression meaning men competent to serve as judges, particularly in a large society (or alternatively, energetic and vigorous men), and the remaining phrases are the individual qualifications that such competence comprises. Accordingly, when the Torah subsequently relates that “Moshe chose men of accomplishment,” it means that he indeed found fully qualified candidates.[5]

The Seforno, on the other hand, follows Rashi in understanding “men of accomplishment” to be a specific qualification, although he explains that quality differently, as “expert and assiduous at clarifying and getting to the truth of the matter and bringing it to its conclusion,” and he accordingly explains that Moshe was unable to find candidates possessing all the ideal qualifications, and was therefore forced to forgo the attribute of fear of G-d in order to secure investigative expertise, since competence is more important than piety.[6]

We shall soon see, however, that unlike the Ramban and the Seforno, Chazal apparently understand that Moshe was unable to find candidates possessing any of the qualifications enumerated in Parshas Yisro (with the possible exception of “G-d-fearing people”[7]).

The Kli Yakar interprets “men of accomplishment” to mean those who are strong and will not be cowed by the powerful;[8] “G-d-fearing people” to mean humble ones; “men of truth” to mean those capable of discerning truth from falsehood; and “people who despise money” to mean wealthy ones (since the poor are susceptible to bribery).[9]

The Netziv explains “men of truth” to mean those possessing seichel hayashar (a straight mind) capable of finding truth, “because there can be a person who fears G-d and seeks the truth, but is (still) unable to arrive at the truth.”[10]

The Rambam, however, counts “wise” and “understanding” together as one qualification, and accordingly adds an additional qualification of humility. He explains “well known” to mean individuals generally popular due to their noble character and refined manner; and “men of accomplishment” to mean men meticulous in their observance of mitzvos with an accordingly high reputation, and additionally men who are stout hearted and able to save the oppressed from their oppressors.[16]

The Rambam writes that judges “need to possess” all seven of these qualifications. Some poskim maintain that this is merely l’chatchilah, but in practice, we appoint judges with as many of them as we can find (as per the midrashim cited above),[17] while others assert that all seven are absolutely required, for at least one of the three judges hearing a case.[18] Some explain that even according to the latter opinion, the absolute requirement is only enforced where candidates with the requisite qualifications are available, but all agree that if no such candidates are available, we appoint the most qualified ones that are available.[19]

[1]We do not consider here the most obvious halachic disqualification of Judge Coney Barrett to serve on a Bais Din, even were she a Jew: her gender.

[3]In addition to the sources cited in the article text, see Alshich ibid.

[5]Ramban ibid. Or Hachaim ibid. v. 21 explains the qualifications differently, but also maintains that Moshe ultimately did find fully-qualified candidates, since “we cannot say, chas v’shalom, that he could not find within Israel ‘G-d-fearing people, men of truth, etc.’”

[7]See n. 18. The Mishneh Lamelech (Hilchos Sanhedrin 2:1) raises the question that this apparent position of Chazal is explicitly contradicted by the Torah’s statement here that Moshe did find “men of accomplishment,” and he has no resolution. Pri Ha’adamah (ibid. 2:7) offers an answer which I do not understand.

[15]Sifri ibid., cited by Rashi ibid. Since the Sifri is counting “distinguished men” as one the qualifications, there would seem to be a total of eight, four in Yisro and four in Devarim. This basic question is raised by the Mishneh Lamelech ibid., who reaches no resolution. Some explain that “distinguished men”, i.e., righteous men, of Devarim is equivalent to “G-d-fearing people” of Yisro (Pri Ha’adamah and Lechem Yehudah, in his first approach to ibid. 2:7), and some suggest that the Sifri is equating “wise” and “understanding” (Lechem Yehudah in his second approach).

The Rambam considers yiras shamayim and humility as two distinct qualifications, whereas the Kli Yakar cited above considers them one. The Acharonim struggle to reconcile the Rambam’s list with the Midrash Rabbah and Sifri: see Mizrachi al Hatorah Devarim ibid.; Lechem Mishneh ibid.

[18]Shu”t Mabit cheilek 1 siman 280 at the beginning and the end of the responsum. Cf. Pri Ha’adamah ibid.