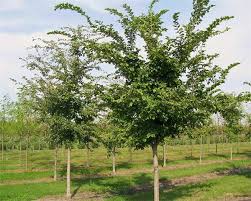 May an unwanted tree be replanted in another location?

Poskim discuss whether one may dig up a tree and replant it elsewhere. Rav Yaakov Emden (She’eilas Yaavetz 1:76) writes that this is permitted, while Teshuvos Chasam Sofer (Y.D. 102) disagrees. Some poskim take a middle position and differentiate between large trees and small saplings. Large trees, which can easily be damaged during a transfer, would be prohibited to be transferred and small saplings, which are commonly moved as standard farming procedure, would be permitted (See Darchei Teshuva 116:51 in the name of the Avnei Tzedek). In practice, the recommended procedure is to sell the tree, large or small, to a non-Jew, and then have the non-Jew remove the tree and replant it elsewhere. It is best to discuss such matters with your local rabbi.

I have a fruit tree that is growing new shoots. Am I allowed to cut them down?

Rav Yitzchak Zylberstein (Tzohar 1 pg. 55-56) was asked whether one may uproot a small tree that was growing in their yard from a fruit pit that someone accidentally dropped on the ground. He ruled that until the plant grows to the size of one tefach (approximately 3-4 inches), it does not have the status of a tree and it may be removed. Once it grows taller than a tefach, even though it does not yet produce any fruit, it may not be cut down.

In the case of new shoots that are popping up next to the fruit tree, even if they are more than a tefach, if they will crowd the original tree and stifle its growth, they are considered damaging and may be removed (Rambam Hilchos Melachim 6:8). A non-Jew should be asked to cut them down (She’eilas Yaavetz 1:76).

Under what circumstances is one permitted to cut down a fruit tree?

There is a Biblical prohibition to cut down a fruit tree based on verses in Devarim (20:19-20). From the Talmud and poskimit emerges that there are several exemptions to this restriction. The prohibition does not apply in any of the following situations: (a) the tree is old and no longer produces a kav of fruit (volume of 24 eggs), (b) the tree would be more valuable for its wood than as a fruit bearing tree, (c) the tree is causing damage, (d) the removal of the tree will allow for expansion of extremely cramped living space. Nevertheless, Rav Yaakov Emden (1697-1776) in She’eilas Yaavetz 1:76 takes the dramatic position that, while there is no Biblical prohibition to remove the tree in the above situations, it is nonetheless a sakana (danger) to do so. Rav Yaakov Emden’s position has been intensely debated for the past three centuries (See Yabia Omer, YD 5:12, for sources). Because there is a concern of sakana, many poskim recommend transferring ownership of the tree to a non-Jew, and then having a non-Jew remove the tree. While the allowance of having a non-Jew cut down the tree when the Biblical prohibition stands is also a matter of debate, one can allow a non-Jew to remove the tree when any of the four leniencies noted above apply. Pruning a fruit tree to improve productivity is also permitted.

Service Elevator Dayan Yehoshua Grunwald August 26, 2021   Q Our daughter is engaged, and her…