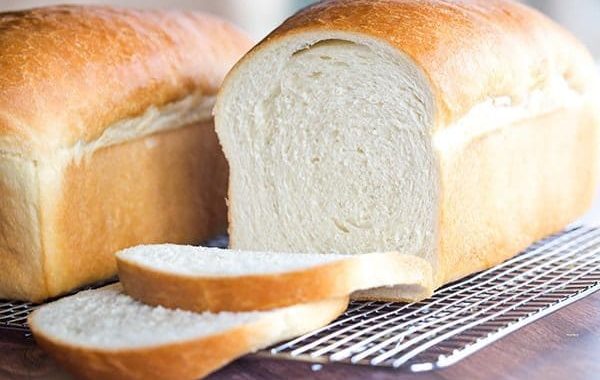 I baked bread in my oven at the same time as I was baking meat. Can this bread be eaten with fish?

At first glance, one might think that this should not be allowed. Just as one is not permitted to serve this bread with dairy, perhaps one should not be permitted to serve this bread with fish. However, the Taz (YD 116:2) writes that this is permitted. Why can one eat this bread with fish, and not with dairy? It would seem that the difference is as follows. A meat aroma has some significance, but it is botel (nullified) in the bread. Nonetheless, we do not rely on nullification for purposes of kashrus if it can be avoided (ein mevatlin issur lechatchila). We would not allow eating the bread with milk, because we cannot justify this without bitul. However, we can rely on bitul to eat fish with bread that has a meat aroma, because the concern is sakana (danger) and kosher restrictions are not involved.

I baked bread in my oven at the same time as I was baking meat. Can the bread be eaten at all? Can it be eaten with dairy?

The Gemara (Pesachim 30a) teaches us that one is not permitted to bake fleishig bread, out of concern that one might accidentally eat it with dairy. (For similar reasons of confusion, one may not bake dairy bread.) If one did bake fleishigbread, it may not be eaten even with pareve or meat foods. However, in the case of our original question, the bread did not touch the meat. The only issue is that the bread absorbed the meat’s aroma (reicha). We have seen in the previous halacha that after the fact, we view this aroma as an intangible, and it is nullified in the bread. Therefore, the bread does not become forbidden and may be eaten with meat. However, the Rama (YD 108:1) writes that nonetheless it is preferable not to eat this bread with dairy because it is preferable not to rely on the nullification of the meat aroma. However, if one has no other bread available, Rama writes that this bread may be served with dairy.

I have heard that some have the minhag (custom) not to eat the end slices of a loaf of bread. What is the reason for this?

Rav Yaakov Kamenetsky, zt”l said that he did not know of any source for this minhag, and presumably he was not concerned about this. This was also reportedly the response of Rav Chaim Kanievsky, shlit”a. However, the Minchas Yitzchak (9:8) writes that he personally was careful not to eat the ends of a loaf of bread, because people say that it causes one to forget their Torah learning. Although he writes that he too does not know of any source for this minhag, he advises that the minhag be continued. He quotes a Yerushalmi (Terumos 8:3) which says that when it comes to matters of sakana (danger), one must be concerned for what people say, even if it appears to be without merit. He suggests that forgetting Torah knowledge might be comparable to a sakana.

Some have suggested that the source for this minhag is the Gemara in Horiyos (13b). The Gemara lists 10 things that can cause one to forget their learning. One of them is if one eats from a loaf of bread that is not fully baked. It could be that in some communities the loaves were crammed into an oven and this led to the ends not baking fully. However, today the ends of the challah are often the crustiest part of the bread, and therefore this concern no longer applies.