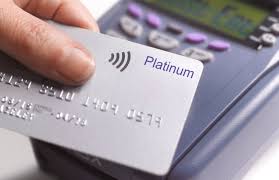 In 19th-century Posen, Poland, lived a man who had become wealthy by lending to needy Jews at interest. Upon his death, the chevra kadisha charged the family a princely sum for his burial. Incensed, the survivors complained to the Rav, Rabbi Akiva Eiger, who defended the surcharge: Most people procure a grave for short-term use, because they will vacate the premises at techiyas hameisim. But a malveh b’ribbis will be using the site forever, so a much higher price is warranted.

Reuven allows Shimon to make a purchase on his credit card. Shimon will pay the issuing bank directly, including the interest charged by the bank, several months hence. Both men reckon that there is no ribbis problem, because the bank isn’t owned by Jews.

But Halacha views this case differently.

The bank has never heard of Shimon; the responsible party on the account is Reuven. When Shimon uses the card for his purchase, the bank is lending the money to Reuven, who, in turn, lends it to Shimon. The interest Shimon has undertaken to pay the bank is, in fact, interest on his loan from Reuven. By paying Reuven’s interest debt to the bank, Shimon is actually paying interest to Reuven on his own loan. A heter iska must be implemented.

Reuven and Shimon are partners in a new venture. The partnership is not creditworthy, so to fund it, they agree that Reuven will take out a personal loan, and in the event that the business cannot pay, Shimon will pay half the debt.

Here, too, the bank is lending to Reuven and Reuven is then lending to Shimon. A heter iska will solve the problem.

As may be evident from this overview, hilchos ribbis are complex. Issurim are often violated unknowingly in the regular course of transacting business. The Dayanim of the Bais HaVaad stand ready to offer Halachic guidance and to draft agreements.

In the z’chus of carefully observing these mitzvos, may we merit the bracha promised in Tehilim, as related in Bava Metzia 71a:

It was taught in a braisa: Rabbi Shimon ben Elazar says, “Whoever has money and lends it without interest, regarding him does the verse say (Tehilim 15:5), ‘His money he did not give at interest, and he didn’t take a bribe for an innocent; one who does these shall not falter forever.’”

Q. Reuven is a recent ba’al teshuva. Prior to learning about ribbis, he had loaned a great deal of money to another Jew at interest. The loan remains outstanding. May he collect the ribbis?

A. One who lent with interest may not collect the interest, even if the borrower offers it as a gift. This applies even to ribbis d’Rabbanan (Y.D. 160:5; Shach 160:6).

If the lender already collected the interest, there is a difference between ribbis prohibited by the Torah—which must be returned—and that prohibited by the Sages, which needn’t be. In the former case, the borrower even has recourse through Bais Din to retrieve the interest he paid (Y.D. 161:5; Pis’chei Teshuva ibid.). Like any other victim of theft, he can forego his claim (Y.D. 160:5).

If the lender earned a significant portion of his livelihood through ribbis and repents of his own accord, it is even recommended that the borrower forego the claim so as not to dissuade the lender from repentance (Y.D. 161:7). Where the ribbis was prohibited by the Sages, Bais Din will not force remuneration, but according to most authorities, the lender bears a moral obligation to return it (Y.D. 161:2; Pis’chei Teshuva 161:4).

Depending on the how much longer the loan will be outstanding, it may be possible to execute a new heter iska that incorporates the interest owed. A competent ribbis professional should be consulted.

Parshas Re’eh:   The ‘Magical Power’ of the Rabbis: How Does The Pruzbul Really Work?   By:…