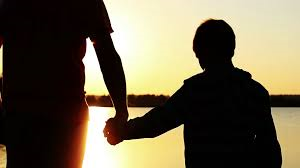 Highlights of a shiur by Rabbi Moshe Zev Granek

Definitely not a Mama’s boy.

Eisav despised Yaakov for the blessing that his father had blessed him. And Eisav said in his heart, “Let the days of my father’s mourning approach, and I will kill Yaakov my brother.”

Rashi explains that Eisav didn’t want to cause pain to his father by killing Yaakov while Yitzchok lived. Rabban Shimon ben Gamliel famously declared (Beraishis Rabbah 65:16) that his own attainments in the mitzva of kibud av didn’t reach 1% of Eisav’s.

Strangely, though, we don’t find that Eisav similarly honored his mother. Indeed, here he displays no compunctions about murdering his brother in her lifetime.

For whatever reason Eisav, a murderer, observed the mitzvah of kibud av so scrupulously, why didn’t he feel similarly obliged with regard to his mother?

When a pasuk in the Torah includes multiple commands, the Ramban, in contradistinction to the Rambam, maintains they they are counted as different mitzvos—unless they share a theme. He also appears to write that kibud av v’eim is a single mitzva. Presumably, he reasons that honoring one’s father and honoring one’s mother share the theme of hakaras hatov.

R’ Berel Povarsky (shiurim, Sanhedrin 5b) explains their machlokes to be about another debate among Acharonim: The Birkei Yosef’s view, he says, is that kibud av v’aim is a mitzva bain adam l’chaveiro, a debt owed the parent by the child as hakaras hatov, so the parent can forgive it. The Imrei Noam, however, holds it to be bain adam laMakom, because it’s simply a Divine decree, so the parent has no standing to set aside the obligation.

Now we can understand Eisav. According to the Imrei Noam’s approach, there is no reason to assume that honoring fathers and honoring mothers have a common basis. For this reason, Eisav—following the Ramban’s methodology—considered them to be separate mitzvos. And he only kept the one.

Loving While Leaving Excerpted and adapted from a shiur by HaRav Chaim Weg July 22,…