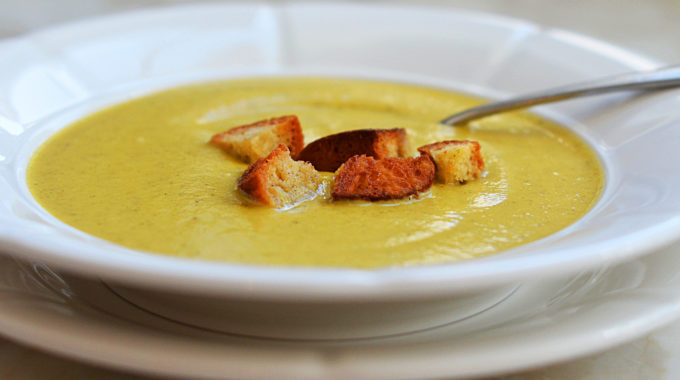 Q: To add baked croutons or raw foods to soup on Shabbos, must the soup be in a kli shlishi, or does a kli sheini suffice?

A:  There are three reasons not to put foods that are subject to the prohibition of cooking on Shabbos into a kli sheini if it is hot to the point of yad soledes bo:

First, Rishonim tell us that a kli sheini is able to cook foods that are easily cooked (kalei habishul). The Magein Avrohom (318:18) and Mishnah Berurah (318:42) write that we aren’t expert today in identifying kalei habishul, so we must avoid putting any uncooked foods into a kli sheini, with the exception of water, oil, and certain spices.

Second, according to some Rishonim, there is a Rabbinic prohibition to place uncooked foods in a kli sheini because it appears like cooking and might lead an onlooker to cook in a way that is forbidden Biblically. This applies to all uncooked foods, with the aforementioned exceptions.

Third, the Chayei Adam writes that although a kli sheini that is yad soledes bo won’t cook many uncooked foods, if the kli sheini is hot to the point of yad nichveis bo, it will—as will a kli shlishi. The Mishnah Berurah (318:48) follows the Chayei Adam, but the Chazon Ish (52:19) wonders why, if that is the case, earlier sefarim didn’t mention the phenomenon. He also points out that given the difficulty of ascertaining the precise temperature of food on Shabbos, the Chayei Adam’s view would have the practical result of forbidding the use of even a kli shlishi on Shabbos. He concludes that one can safely assume that a kli shlishi is not yad nichveis bo, but one must be concerned about a kli sheini; it was unnecessary for earlier sefarim to mention the issue because we don’t cook in a kli sheini anyhow. According to this approach, even water, oil, and spices can’t be put in a kli sheini unless we are certain that it isn’t yad nichveis bo. Many poskim appear to follow the approach of the Chazon Ish.

The above concerns raw foods; baked foods are kalei habishul and may not be placed in a kli sheini, even if not yad nichveis bo. But they may be put in soup that is a kli shlishi. Note, too, that “spices” here may not include ground spices.