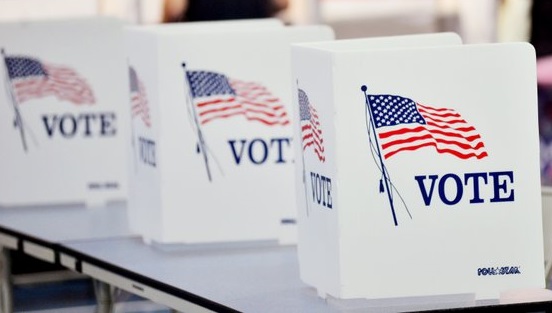 Our previous article surveyed rabbinic opinion of a century ago, when the Nineteenth Amendment to the U.S. Constitution gave women the vote, on the question of female suffrage. We continue here to present positions and arguments of rabbanim of that time.

As previously noted, the rabbanim of Eretz Yisrael a century ago were generally opposed to female suffrage. One of the leading members of this group was R’ Avraham Yitzchak Hakohein Kook, who argued that female suffrage is utterly antithetical to the Torah. Serving in public office is a male prerogative and not a female one, because “It is the manner of a man to conquer and it is not the manner of a woman to conquer,”[1] and “the roles of office, of judgment, and of testimony are not for her, since “The king’s daughter is all glorious within.”[2] In general,

Striving to prevent the mixing of sexes in gatherings is a theme that runs through the entire Torah. Thus, any innovation in public leadership that necessarily brings about the mixing of the sexes in a multitude, in the same group and gathering, in the routine course of the people’s life, is certainly against the law.[3]

This initial statement was about women holding public office, but Rav Kook subsequently extended his opposition to their voting as well. Here, too, the Torah, Nevi’im, Kesuvim, Halacha, and Aggadah all teach us

that the spirit of the whole nation, in its essence and purity, opposes this modern innovation. It teaches as well that if we bend ourselves specifically to the novel Irish morality, we thereby commit an act of betrayal to our own morality, the morality of Judaism.[4]

Another opponent in Eretz Yisrael of female suffrage was R’ Yechiel Michel Tucazinsky, who argued that in the censuses of the Torah, only adult men and the heads of households were counted, because they were the ones whose opinions mattered regarding all public affairs and appointments, but the Jews were repeatedly enjoined from counting women (and children under twenty years old), “because there is no benefit in knowing their number.”[5]

There were, however, a few prominent rabbanim in Eretz Yisrael at the time who did support female suffrage. As noted previously, the most prominent of these was R’ Ben Zion Meir Hai Uziel, but R’ Zvi Pesach Frank was also in favor of allowing women to vote, for political reasons: Denying religious women the right to vote would drastically weaken the political power of the Orthodox and would thereby cede control of Eretz Yisrael to the nonreligious.[7]

We mentioned previously that many of the leading European gedolim also opposed female suffrage. These included the Chafetz Chaim and the two great rabbanim of Dvinsk, R’ Meir Simcha (the Ohr Sameiach) and R’ Yosef Rosen (the Rogatchover Gaon), who were among the signatories to a psak din declaring that “according to the law of our holy Torah, a woman has absolutely no right to either vote or be elected.”[8] R’ Chaim Ozer Grodzinsky (the Achiezer) also issued a public letter in which he vehemently opposed the election of women to positions in which they would work together with men on a regular basis in the management of public affairs, but he repeatedly explained that his objection was to the violation of modesty entailed in men and women working together, and he does not discuss women voting.[9]

At least one European gadol, however, felt that the vehemence of the opposition of the gedolim in Eretz Yisrael to female suffrage was deeply misguided and a serious miscalculation. R’ Avraham Dov Ber Kahana-Shapiro (the Kovno Rav, author of Devar Avraham) penned a biting letter to Rav Kook’s son R’ Zvi Yehuda in which he criticizes the rabbanim in Eretz Yisrael for boycotting the gathering at which female suffrage was debated and for lacking the foresight to realize that the matter was a fait accompli anyway, and their extremism thus resulted only in the loss of any influence they might otherwise have had over the proceedings. Moreover, their implacability antagonized “a large portion” of the women against them, and “perhaps to a certain extent, against religion:”

Do they really consider the participation of women to be an absolute prohibition, explicit in the Torah, such that we do not say “It is better that they be unwitting, etc.?”[10] In my opinion, they have acted foolishly.[11]

We previously mentioned the positions of R’ Jacob Levinson and R’ Elazar Meir Preil. The most vigorous rabbinic supporter of female suffrage in the United States (and anywhere, really) a century ago was undoubtedly R’ Chaim Hirschensohn, the Chief Rabbi of Hoboken, N.J., who insisted, in the course of his lengthy treatment of the subject,[12] that “Regarding suffrage, there is no doubt whatsoever, and no possible conception of finding any conceptual basis for its prohibition, and those who prohibit it are prohibiting that which is permitted . . . and are stealing the rights of myriads of thousands of Jewish daughters unjustly . . .”[13]

[3]“On the Election of Women,” September 1919, Jerusalem. Translated by Zvi Zohar.