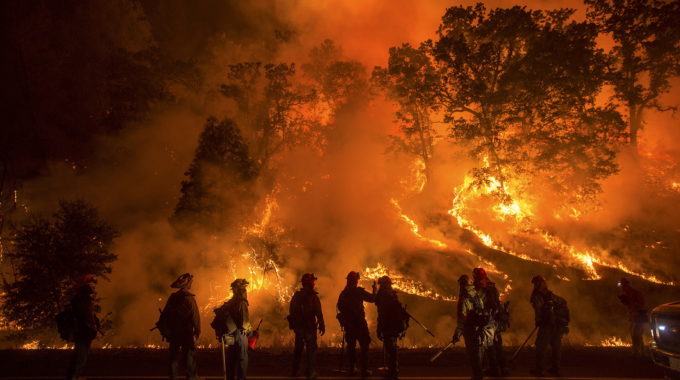 In Part 1 of this series, we stated that if someone lights a fire in a way that it should technically have been stopped before reaching his friend’s property – for example, a wall separated the two fields – all opinions would agree that the fire has the status of mamon hamazik, and, therefore, the exemption of tamun would apply. However, if there was nothing obstructing the path of the fire, Rav Yochanon, whose view we follow, holds that the fire has the status of odom hamazik, and the lighter is liable for all damages.

Regarding electrical fires, there are several variables to take into account.

If the electrical system was set up negligently, which caused a spark to shoot out of the faulty mechanism that led to a fire, this would seemingly fall under the category of a fire that should technically have been stopped. This is because the spark cannot cause damage on its own and only creates a fire if it lands on something flammable. Therefore, there is much room to say that everyone would agree that such a case would fall under the category of mamon hamazik, and would be subject to the exemption of tamun.

However, if someone installed wiring that was so faulty that the entire mechanism went up in flames, which led to a large inferno, this could theoretically fall under the category of odom hamazik and be considered a direct result of his actions. However, this is somewhat of a stretch, being that if the fire caused damage far away from the original place where it started there is almost certainly some obstructions in between, and it is unlikely that all the damage caused by the fire was done through a direct path.

Another factor that we need to keep in mind is that one is only liable for the damage caused by his fire if the fire was spread through a “ruach metzuyah”, common wind. If the fire only spread because it came into contact with a “ruach she’aino metzuyah”, uncommonly strong wind, the lighter would not be liable because there is no reason to think that such a wind will suddenly appear and he is therefore not considered negligent.

In California, wind gusts that are strong enough to cause large forest fires may not be everyday occurrences; however, they do occur sporadically and are certainly not unheard of. Does this satisfy the criteria of ruach metzuyah?

The Chazon Ish[1] understands this to be the subject of a disagreement between Tosfos[2] and Rabenu Peretz[3], who disagree whether a wind that is not the norm but is not completely out of the realm of normalcy is considered a ruach metzuyah or not. Since the halacha is in doubt, a contemporary bais din cannot obligate someone to pay compensation for a fire that only spread because of such an uncommon – but not unheard of – gust of wind.

Is The Firestarter A Murderer?

It is clear that according to all opinions – even according to Reish Lakish that aish is usually m’shum mimono – if someone would actually kill someone else by throwing a firebomb at him, he would be labeled a murderer and would be Biblically liable for the death penalty. We may ask, however, what the halacha would be according to Rav Yochanon if someone would light a fire that spread through a direct path and ultimately killed somebody. Would this be categorized an act of murder?

This would seem to be a disagreement between Tosfos and the Ran[4], who argue whether one can be liable to capital punishment for death caused through such an act of odom hamazik.

We find a similar discussion regarding the halachos of Shabbos. The Nimukei Yosef famously asks how it is permitted to put food up to cook on a fire before the onset of Shabbos. If aish is m’shum chitzo, the fire burning is akin to a direct action done by the lighter. If so, when the fire cooks food on Shabbos, it should be considered as if the lighter is cooking directly on Shabbos. How is this permitted?

He answers that, indeed, it is considered as if he cooked on Shabbos; however, it is only forbidden to do an act of melacha on Shabbos itself, whereas this individual did no action on Shabbos.

We see from the Nimukei Yosef that on a conceptual level, the burning of the fire that one lit is considered a direct action done by him, which seemingly would make him liable if the fire kills someone. This is the view of Tosfos. The Ran, though, disagrees.

Bais din today does not mete out capital punishment. What is applicable is the rule of “kom lei bid’rabbah minei”, which means that in a case where someone causes a loss of life – be it intentional or accidental – the Torah tells us that he is not liable for monetary damages that occurred as a result of the same action. For instance, if someone causes a car accident that kills another driver and also damages his car, bais din cannot hold the driver accountable for the monetary damage. Thus, if someone firebombs someone else’s house, thereby causing a loss of life, bais din cannot pursue the financial damages done to the house.

However, if the victim has some recourse; for example, he is a business partner with the fire starter and is able to be “tofes”, hold onto, funds that belong to the perpetrator, he would be allowed to keep that money[5].