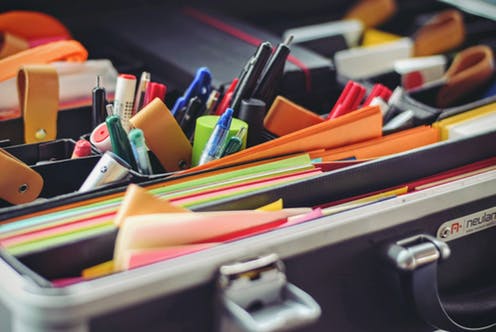 Can an employee take office supplies or borrow the company projector for personal use?

In a busy office, supplies and paper items have a way of coming and going. Paper clips, pens and staplers are lost and found within the full routine of office life. While some items may go missing as a matter of course, there are certain office supplies which are sometimes taken with intent. An employee may want to use a notepad to write a grocery shopping list, or pocket a handful of paperclips for a home project.

Is it permitted for an employee to use office supplies for his personal use?

The situation depends on the following question: Does the employee know that the boss allows him to use the office supplies? Is he sure that the boss does not mind if he makes a few extra photocopies?

The Gemara in Bavah Metziah (21b) covers the concept of yi’ush sheloh mida’as. This famous sugya is used by the poskim to develop the halacha with regards to these very relevant questions. The halacha of yi’ush sheloh mida’as pertains to a person who finds a lost item where it can be assumed that the owner gave up hope of finding it. This applies to an object which does not have a siman i.e. it has no identifying feature which would enable you to return it. It also applies to a situation where an object is found in a place which is mostly inhabited by einom yehudim, who are not sensitive to the Mitzvah of hashovas avedah.

There could be a problem if you pick up the object before the owner has lost hope. Even if later on the owner would have lost hope of finding it, you would not be allowed to keep it, and would have to return it, if you can. If not, there would be a halacha of yehei munach ad sheyovoi Eliyahu and thus ownership of the object could not be ascertained until the coming of Eliyahu..

This famous Gemara of yi’ush sheloh mida’as is one of the first gemaras which is usually learned by children in elementary school. In a regular case where a person is miya’esh and loses hope of ever finding the object again, anyone who finds it after that point is allowed to keep it.

There is a machlokes, a disagreement between Rava and Abaya, and the halacha is like Abaya that yi’ush sheloh mida’as loi haveh yi’ush. This means that until the owner actually loses hope, even though he definitely would have lost hope had he known all the facts, that is not sufficient.

Does He Care If You Take It?

If an employee is going to use office supplies such as paper or pens, and he will not be returning them, he must make sure that his employer allows this.

However, the halacha is more lenient in the case of borrowing something without permission. If the borrower clearly knows that the owner allows you to borrow it, and you will be retuning the item, then it is permissible to use it. As long as you know that the owner would permit it, you can borrow the item and then return it.

Asking permission from the owner at least once can help to alleviate this problem. If a person asked the owner previously, “May I have some paper clips?” and the owner gave permission, then the poskim rule that as long as he is certain that the boss is not makpid he does not need to ask each time. If the owner is a relative and this situation had come up in the past, you can rely on the previous instance and help yourself to the item without permission as long as you are sure they still allow.