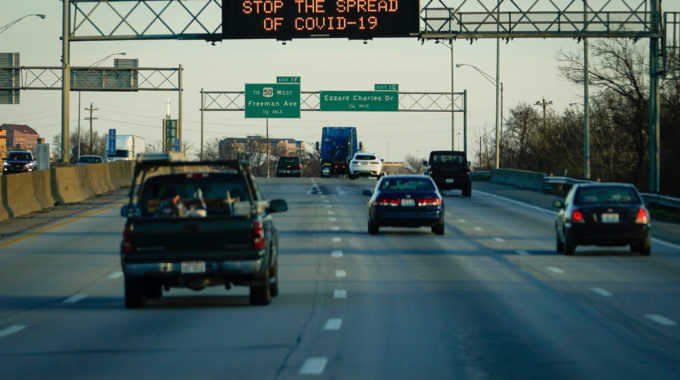 A doubt about a flout

Before Thanksgiving, a number of county sheriffs in New York State declared that they would not enforce Governor Andrew Cuomo’s rule limiting gatherings in private homes to no more than ten people, arguing that it might even be unconstitutional for them to do so.

In this article, we explore the question of the duty to obey, or to disobey, an order that one considers wrong.

Chazal teach that the obligation to obey a king does not extend to orders that conflict with the Torah,[1] such as orders to improperly interrupt Torah study,[2] carry out an unjust execution,[3] or worship idols.[4]

The Rambam declares that there is an obligation to obey a royal order “that does not conflict with a commandment of the Torah.”[5] However:

A person who negates a king’s command because he was occupied with a mitzvah, even a minor one, is not liable. Whose words should have precedence in case of conflict, the words of the Master or the words of the subject? Needless to say, if a king decrees that a mitzvah should be negated, his words should not be heeded.[6]

R’ Chaim Palagi maintains that this applies even with regard to Rabbinic mitzvos.[7]

During the controversy over the Israeli Disengagement from Gaza, R’ Avraham Shapira, based on this Rambam, ruled that soldiers were absolutely obligated to disobey orders that (in his view) violated halacha, such as giving land in Eretz Yisrael to non-Jews (lo sechaneim); destroying holy articles such as sifrei Torah, tefillin, and mezuzos or shuls or batei midrash (lo sa’asun kein Lashem Elokeichem); or damaging property (dina d’malchusa does not apply, because this is chamsanusa d’malka (governmental theft)).[8]

R’ Aharon Lichtenstein rejects the application of the Rambam’s principle to the Gaza Disengagement: “Selective refusal of orders is impossible,” and allowing soldiers to refuse orders that they consider wrong will result in “a divided and disjointed army,” with clear damage to “the unity and cohesion of the army and to the readiness for mutual dedication and sacrifice.” From a “long-range perspective,” this qualifies as pikuach nefesh—“a concern about the loss of human lives and the weakening of the state and its army.” On the other hand, some experts maintain

that there is a reasonable chance that [the Disengagement] will save human lives—again, in the long run, and/or that it will preserve the Jewish demographic character of the state. There is no certainty about this, but in the opinion of many competent judges, there is also no certainty of the opposite either.[9]

Rav Lichtenstein elaborates that even insofar as both courses of action may involve danger, it is imperative to recognize “the government’s authority to decide matters, to choose among alternatives, and to assess the state of the country, its opportunities and risks.” The principle that “it is better to do nothing (sheiv v’al ta’aseh adif)” should not be blindly applied regardless of the inequality of the probabilities of the various outcomes, and deference should be given to the decisions of state institutions on the matter.[10]

R’ Avraham Yisrael Sylvetsky defended and explained the position of Rav Shapira (his wife’s grandfather). One of his key arguments is that “there is no question that speculative fears and uncertainties based upon . . . assessments that are subject to dispute, do not constitute grounds to permit definite and immediate Torah prohibitions.”[11] He points out that even Rav Lichtenstein would surely not instruct a soldier to obey an order “to violate a clear-cut Torah prohibition for no [legitimate, immediate] need, e.g., to desecrate the Sabbath or eat nonkosher food . . . out of concern for the strength of the army.”[12] Rav Lichtenstein, however, dismisses out of hand the analogy

regarding the harm to the robustness of the army and the state, between refusing a totally arbitrary, unnecessary, and perhaps even patently immoral order and refusing an order that is presented by its proponents, and also understood by a large portion of the public, as motivated by security considerations, which, if their view corresponds to reality, will save many lives.[13]

While the case of regulations intended to safeguard public health during a pandemic but that may violate individual rights is very different from the Disengagement controversy, there is nevertheless a strong parallel: Following Rav Shapira, one could argue that a law enforcement official should not commit a clear violation of a Constitutional right even when ordered to do so, and he has no duty to submit to the government’s judgment that the public health benefits are significant enough to justify such a violation insofar as the concerns are (in his view) speculative, controversial, and politicized. Following Rav Lichtenstein, however, who insisted that

When the root of the argument is more factual than normative, it is inconceivable for every soldier or every officer, as long as he is in uniform and serving the country, to make decisions for himself and usurp—he or his rabbi—the chief of staff, foreign minister, defense minister and prime minister.[14]

one could possibly argue that law enforcement officials must defer to the governor’s executive order in our situation as well.

[9]Ibid. pp. 20-23. Rav Lichtenstein also raised a couple of specific challenges to Rav Shapira’s claims regarding the prohibitions of lo sechaneim and lo sa’asun (with respect to shuls).