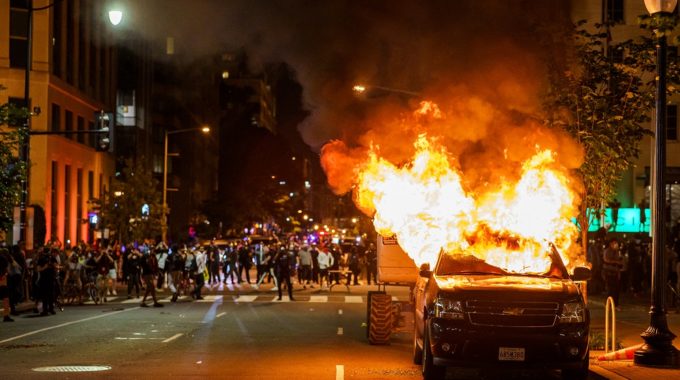 Need we beware the strides of march?

For the past several weeks, the United States has experienced widespread protests, as well as rioting and looting. In this article, we consider some Torah perspectives on protests and demonstrations.

The Protest against Roman Anti-Religious Edicts

The classic Talmudic precedent for demonstrating is the account[1] of a successful protest against Roman governmental edicts banning Torah study, circumcision, and Shabbos observance. Following the advice of a well-connected Roman noblewoman, R’ Yehudah ben Shamua and his colleagues “went and cried out at night, saying: ‘O Heavens! Are we Jews not your brothers? Are we not children of one father? Are we not children of one mother? How are we different from every other nation and tongue that you issue such harsh decrees against us?’ And the decrees were annulled.”[2]

The Protests for Soviet Jewry

R’ Yehuda Herzl Henkin discusses “Freedom Sunday for Soviet Jews,” the 1987 march on Washington with more than 200,000 participants. He acknowledges the earlier opposition of gedolei Torah to protests on behalf of Soviet Jewry, including in particular R’ Moshe Feinstein’s 1975 proclamation, in his capacity as nasi of the Agudas Harabonim, that the position established by the “most famous gedolei hador, headed by the gaon R’ Aharon Kotler and the gedolei Eretz Yisrael, not to take an active part in the campaigns and specific activities that they think will aid Russian Jewry” remains in place.[3]

But as R’ Moshe’s language makes clear, his opposition was purely pragmatic and not rooted in any dogmatic objection to demonstrations per se: “Even insofar as the intention of all the statements and actions of the various organizations is for the good of the Jews in Russia, we are nevertheless unable to always endorse all the positions that will be taken and statements that will be made that are likely to result, chas v’shalom, in dangerous consequences.” Rav Henkin therefore argues that since the entire question is what are the likely consequences of demonstrating, and this depends on the current situation, positions of a decade earlier are not dispositive, since “much has changed since then.” (He additionally notes reports that R’ Moshe’s stance may indeed have softened in the interim.)

Protests against Violation of the Dignity of the Deceased

R’ Moshe himself elsewhere takes for granted the legitimacy of protesting, in the context of hospitals that were engaged in grave violations of the dignity of the deceased, where he allows delaying the burial of the severed limbs of the dead in order to bring them to protests, with the goal of more effectively arousing public outcry against the hospitals’ behavior.[4]

Protests against the Public Desecration of Shabbos

The gedolei Eretz Yisrael have often supported and encouraged protests against the public desecration of Shabbos, arguing that although the specific commandment of reproof (tochacha) may not apply to those who are not observant,[5] protests are nevertheless imperative in order to stem the rampant and systemic violation of Shabbos[6] and to impress upon ourselves and our children the severity of Shabbos desecration.[7]

The question of whether damage and destruction of property in the course of such demonstrations can be justified is less clear. The Talmud relates that R’ Ada bar Ahava, in an act that epitomizes the great mesirus nefesh of earlier generations, once tore off an inappropriate garment from a woman he mistakenly believed to be Jewish, and he was fined four hundred zuz when it turned out that she was not. Some poskim adduce this as precedent for the legitimacy of the use of force (even by a private citizen, as opposed to an institution such as a bais din) in the course of forestalling sin.[8] One noteworthy example of this argument is from R’ Avraham Weinfeld, who justifies the spilling out by a vigilante of the milk delivery of a yeshiva elementary school that persisted in serving its students chalav stam despite repeated appeals by G-d-fearing individuals that it refrain from doing so.[9] These discussions, however, primarily concern the destruction of property that is actually being used in the course of sin, and where sin is prevented by its destruction. The deterrence of sin by the destruction of property not directly involved in the sinful activity is much more problematic, and Rav Weinfeld indeed concludes (based on an earlier ruling of Maharshal) that such an act is only permitted to an outstanding individual with a sterling reputation for acting solely for the sake of Heaven, and not to ordinary people.[10]