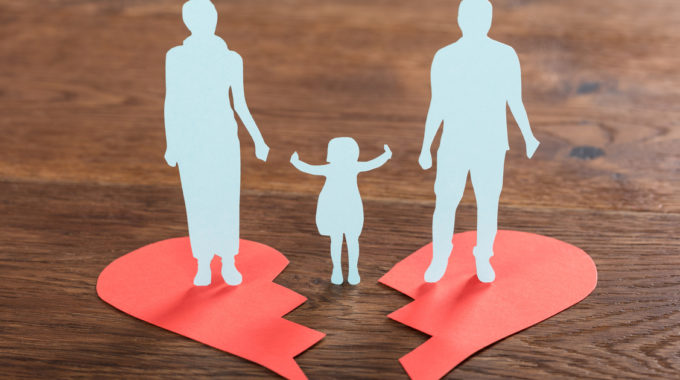 Broken Ties, an organization for parents alienated from their children, recently held its second meeting in Lakewood.[1] The topic of parental alienation is an extremely contentious one, with some blaming the parents, others blaming the children, and still others blaming therapists, askanim, and rabanim. This author has no familiarity with parental alienation, nor any particular expertise in family dynamics or mental health, and certainly does not wish to impute blame or to cause pain to anyone in this terrible situation. This article will be limited to the consideration of one particular set of claims that have been made in criticism of children’s behavior in such cases, that no matter what a parent may have done to his child, the child must respect and honor the parent. Some examples:

Alienated…means that the child does not speak to his parents and does not allow his children to have a [relationship] with his parents. A child who does this [violates] the Torah, and that is true even if the parent is unwell. It is a mitzvas asei, and a person needs to spend a fifth of his possessions not to transgress a mitzvas asei.[2]

[Respecting parents] is the same as any other mitzvas asei, a person must spend up to a fifth of his money to fulfill this mitzvah.[4]

The sweeping claim that the mitzvah of kibud av va’eim “is the same as any other mitzvas asei” and is governed by the general rule that one must spend up to a fifth of his possessions in order to fulfill a mitzvas asei is simply incorrect. The Gemara records a dispute about whether kibud av va’eim is performed with the son’s money (mishel bein) or the father’s (mishel av),[5] and the halacha follows the latter view.[6] There is an opinion that if the father does not have money and the son does, the mitzvah of kibud av va’eim does obligate the son to spend his own money on his father, but many authorities disagree. They maintain that a son’s obligation to spend his own money on his father derives only from the mitzvah of tzedakah and is governed by the parameters of that mitzvah.[7]

The Maharik extends the rule of mishel av to nonfinancial costs as well, arguing that if Chazal exempted the son from spending his own money on his father, then a fortiori is he exempt from an obligation that would entail personal pain (such as giving up the woman he wishes to marry and marrying someone else because his father so demands).[8]

It would seem, then, that if the child will suffer significant psychological harm by maintaining a relationship with the parent, he is not obligated to do so. R’ Moshe Sternbuch, however, introduces a novel doctrine that may refute this argument. A son had claimed that having his father live with him would hamper his ability to see to his wife’s and children’s happiness. He would have to spend all his time with his father, and this would cause him great and ongoing distress, which he considered to be of much greater magnitude than the expenditure of a fifth of his money. Rav Sternbuch counters that the dispensation of mishel av applies only to an individual situation of honoring a parent, whereas having one’s father live with him presents the opportunity to fulfill the mitzvah hundreds of times, and he therefore rules that one cannot exempt himself from the mitzvah with the claim that the cost is the equivalent of more than a fifth of his money.[9]

Based on this doctrine, it could perhaps be argued that alienating a parent cannot be justified even if it will result in significant psychic suffering, since by doing so the son will forfeit numerous opportunities to fulfill the mitzvah of kibud av va’eim.

Rav Sternbuch’s doctrine is quite novel, however, and he offers little in the way of compelling precedent for or proof of it.

To what degree does the mitzvah of honoring one’s father and mother extend? Even if his parent takes his purse of gold and throws it into the sea in his presence, he should not embarrass them, shout, or vent anger at them. Instead, he should accept the Torah’s decree and remain silent.[10]

Various reconciliations of this ruling with the principle of mishel av are proposed:

According to the first explanation, the dispensation of mishel av should not apply to parental alienation, because the parent will certainly be humiliated. According to the other explanations, however, the child may indeed be entitled to invoke the dispensation of mishel av, at least with respect to passive behavior. Additionally, some Rishonim disagree with the Rambam and maintain that a child is allowed to embarrass a parent who is threatening him with the loss of his property.[14]

May we soon see, at last, the fulfillment of the last prophecy in the Nevi’im (Malachi 3:24), as explained, according to some, by the Chachamim in the last Mishnah in Eiduyos: And he shall restore the heart of fathers to children and the heart of children to their fathers…

[8]Shu”t Maharik shoresh 166 anaf 3. Maharik’s ruling is codified by Rama ibid. se’if 25, although it is unclear which of the three separate rationales provided by Maharik for his ruling he is endorsing; see, e.g., Shu”t Arugas Habosem O.C. siman 19.

[9]Teshuvos Vehanhagos ibid. For a different analysis of the question of a son’s obligation to have his father live with him, see Yosher Horai ibid. os 8, citing R’ Chaim Kanievsky.