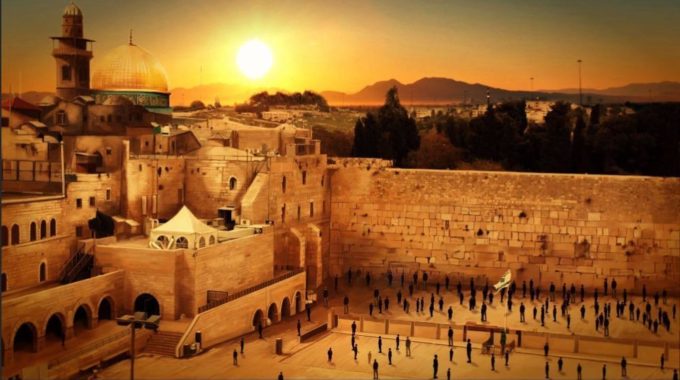 And he said, “If Eisav comes to one camp and strikes it down, the remaining camp will escape.”

Yaakov’s conduct during his confrontation with Eisav is viewed as a model for how we should interact with gentiles in galus. But Yaakov’s preparation for war in this pasuk (see Rashi) is not usually viewed as part of this paradigm. In fact, Chazal state that Hashem bound the Jewish people and the other nations by oaths (the shalosh shvuos), one of which is that the Jews must not return to Eretz Yisrael from galus by force.

This passage was rarely discussed in a halachic context until recent times. After the Balfour Declaration in 1917, poskim began to debate whether mass aliyah to Eretz Yisrael was forbidden due to the shalosh shvuos.

R’ Yoel Teitelbaum of Satmar took the strong stance that this was forbidden and we must wait for the advent of Mashiach before returning en masse to Eretz Yisrael. But R’ Avraham Borenstein of Sochatchov (the Avnei Neizer) and R’ Meir Simcha of Dvinsk (the Ohr Sameiach) argued that the shvuah only forbids returning to Eretz Yisrael against the will of the nations. But if they grant Klal Yisrael permission, it is certainly permissible, and perhaps the mitzvah of yishuv Eretz Yisrael applies again in full force. (R’ Meir Simcha adds that this may be Hashem’s way of initiating the ge’ulah.)

Other poskim offered another lenient approach—one already found in basic form in the hagadah of R’ Shlomo Kluger—that the shalosh shvuos only remain in effect when the gentiles fulfill their own shvuah, which is not to cause the Jews excessive suffering. Since they have violated their oath, we are no longer bound by ours and may return to Eretz Yisrael.