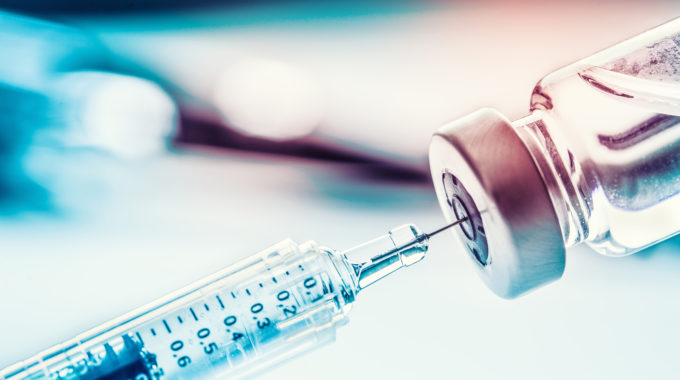 Let the ultra-rich and influential skip the line for COVID-19 vaccines? Hear me out…Have the wealthiest and most influential Americans donate large sums of money to get to the front of the vaccine line, and use that money to fund the broader effort to vaccinate people against COVID-19…

In our first article in this series on the halachic rules governing the prioritization of scarce medical resources, we briefly mentioned R’ Asher Weiss’s vehement rejection of the idea that a physician may choose to save whoever promises him greater compensation.[1] In this article, we discuss his analysis in greater depth and consider its application to COVID-19 vaccine allocation.

R’ Asher begins by citing the position of an anonymous gaon that a physician faced with two patients in need of his services may give precedence to the one prepared to pay more. In support of this, the gaon adduces the assumption of R’ Baruch Frankel-Teomim that a physician who has enough medicine for only one patient and is faced with two patients who need it, may choose to give it to the highest bidder.[2]

R’ Asher “cannot believe” that this is the position of “a gaon whom [he recognizes] as an expert posek,” since “it is clear as the sun at noon” that when faced with two patients who are in mortal danger (cholim sheyesh bahem sakanah), we must follow the rules of precedence (as discussed in the first article in this series). Rav Frankel-Teomim’s comments must therefore be limited to patients who are not in mortal danger (cholim she’ein bahem sakanah), where none of the rules of precedence apply:

To give precedence to a patient in exchange for the payment of money is a hideous thing, “for the bribe will blind the eyes of the wise and make just words crooked,”[3] and it is likely that due to his avarice, he will be entirely unable to exercise appropriate judgment (regarding prioritization of treatment), and there is no contempt for (the imperative of) lifesaving (pikuach nefesh) greater than this.

A careful reading of this wording indicates that although it may seem inherently unfair for the wealthy to be able to pay to obtain lifesaving treatment ahead of the poor, there may actually be nothing wrong with that per se, and the only objection R’ Asher can raise is the impossibility of the physician exercising appropriate judgment with regard to the rules of prioritization when financial remuneration is at stake.[4] In a case where the two patients are identical from a medical perspective, such as two candidates for the COVID-19 vaccine who meet the identical criteria for vaccine allocation, and there is no further room for physician discretion, there might be nothing wrong with prioritizing the highest bidder.

R’ Asher offers no explanation or source for his assertion that the halachic rules of precedence apply only to cholim sheyesh bahem sakanah but not to cholim she’ein bahem sakanah. Insofar as we accept this distinction, however, it follows that offering a COVID-19 vaccine to the highest bidder should depend on whether COVID-19 vaccination is considered a matter of pikuach nefesh. Poskim have expressed conflicting opinions on whether the vaccine may be administered on Shabbos. Some have allowed it, on the grounds that even Biblically prohibited work may be performed on Shabbos in a case of even possible pikuach nefesh,[5] while others have prohibited it, arguing that if we really considered it a matter of pikuach nefesh, we would be administering vaccines nonstop, day and night.[6] R’ Asher himself has ruled that

Rav Weiss nevertheless proceeds to allow vaccination (at least for a choleh, even she’ain bo sakanah) on the grounds that it does not involve any clear-cut Shabbos violation at all, even a Rabbinic one.[7]

Perhaps, then, according to R’ Asher’s own logic, it would be permitted to sell vaccine allocation to the highest bidder, since it is not a matter of pikuach nefesh. It is possible, however, that even if vaccination is not considered pikuach nefesh in the context of overriding the prohibitions of Shabbos, nevertheless, since it is certainly the case that from a statistical perspective, vaccination will save lives, the rules of precedence do apply.

R’ Asher then proceeds to distinguish (seemingly referring to cholim she’ein bahem sakanah, although this is not entirely clear) between a private physician, who “obviously” may sell his services to the highest bidder, “like anyone who provides a service in exchange for compensation,” and one working in a hospital or emergency department, who is absolutely prohibited from giving precedence in exchange for financial compensation, “due to his responsibilities to the patients as well as a concern for the prohibition of theft.” According to this distinction, an independent health-care worker, or, presumably, a private institution, would be permitted to offer vaccination services to the highest bidder, although a health-care worker employed by an organization would not.

R’ Asher finally suggests that Rav Frankel-Teomim is referring to a physician in possession of medicine, who has the right to sell it to the highest bidder, “like anyone who sells merchandise in his possession,” as opposed to a physician who is merely providing medical services. According to this distinction, institutions or individuals that own vaccines would have the right to sell them to the highest bidder.

[4]Cf. a similar discussion regarding an officer in charge of charitable funds who agrees to disburse them to a particular individual in exchange for personal gain in Shu”t Divrei Malkiel cheilek 5 siman 212 s.v. V’od yesh ladun.