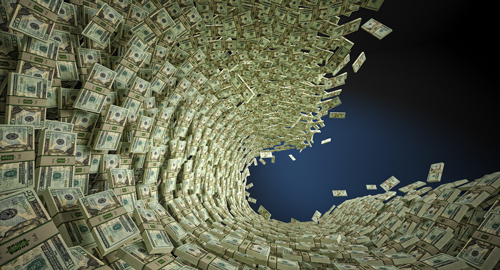 On August 11, 2020, Citibank…acting in its capacity as administrative agent for a syndicated term loan taken out by Revlon…intended to wire approximately $7.8 million in interest payments to Revlon’s lenders. Instead, it made one of the biggest blunders in banking history: It mistakenly wired, in addition to Revlon’s $7.8 million, almost $900 million of its own money as well. The resulting payments equaled—to the penny—the amounts of principal and interest that Revlon owed on the loan to its lenders. The question in this case is whether Citibank is entitled to get the money back or whether the lenders are allowed to keep it.[1]

The author of the above, Judge Jesse M. Furman, concludes—ninety-seven pages later—that under New York State law, the lenders are entitled to keep the money, because under the circumstances, “the Non-Returning Lenders believed, and were justified in believing, that the payments were intentional.”

What would the halacha be in such a case? There are at least two major questions to consider. The first, the subject of this article and the focus of the court case, is whether a transfer of money made in error is binding or not, and the second, which we will iy”H analyze in a subsequent article, is whether a principal is bound by an erroneous and improper action of his agent. (In a real-world scenario, the halacha would obviously take into account the applicable law and regulations, but our analysis will be limited to some of the underlying halachic principles, independent of such considerations.)

The Gemara discusses whether forgiveness of a debt that is granted in error (mechilah beta’us) is valid.[2] Its conclusion is quite terse and ambiguous, and consequently the subject of various different interpretations by the Rishonim:

Our case is somewhat analogous to the case in which the Gemara declares that mechilah beta’us is valid, which involved the owner of a field who allowed someone else to consume the field’s produce, erroneously believing that the consumer was entitled to it. Applying the above debate to our case, it would seem that according to the second approach, Citibank’s mechilah beta’us would certainly be invalid; according to the first approach, at least as explained by the author of the Tur, it would likely be valid; and according to the third approach, it is somewhat unclear whether or not it would be valid.[10]

The position of the Rosh himself (ibid. and siman 34) is unclear. Pilpula Charifta ibid. os mem apparently understands him to be espousing Tosafos’s understanding of the Gemara, although this does not seem to be consistent with the understanding of the Kitzur Piskei HaRosh. The Sha’ar Mishpat (siman 20 s.k. 1), on the other hand, understands the Rosh in line with the Kitzur Piskei HaRosh’s interpretation. The Ketzos Hachoshen siman 17 s.k. 3 seems to understand the Rosh in accordance with the Rivash cited above.

[10]Shu”t Maharam Alshich (siman 7 s.v. Ve’od) has a much narrower understanding of the Gemara’s holding that mechilah beta’us is valid, according to which it would not extend to our case, but his view is difficult to understand and is indeed challenged by the Machanei Efraim (hilchos zechiyah umatanah siman 34).