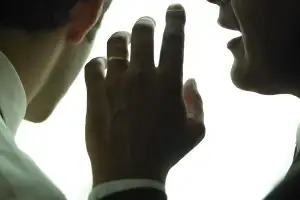 He replied, “Who made you a man, a ruler, and a judge over us? Are you saying that you are going to kill me, as you killed the Egyptian?” Moshe was frightened and he thought, “Indeed, the matter has become known.”

Rabeinu Yonah (Sha’arei Teshuvah 3:225) writes that one may not reveal a secret that another person tells him, even if no prohibitions of lashon hara or rechilus are violated, because it can cause the source mental or emotional damage. Later poskim codify this ruling. And the Gemara in Yoma (4b) says that without permission, it is improper to reveal information one received from another person in private, even if he was not explicitly instructed not to tell anyone. The Me’iri, the Orchos Chaim, and the Chofetz Chaim mention both precepts.

The Tzitz Eliezer writes that a doctor may not reveal patient information, as this is considered a secret. The same would apply to other professionals like therapists and rabanim. But contemporary poskim note that it may be permitted in cases where withholding information could cause damage to others, like in the realm of shiduchim.

It is reported in the name of R’ Yaakov Kamenetsky that it may be permissible to share secret information with a spouse, because that is expected by the one who revealed the information. But there is no such expectation when information is shared with professionals.