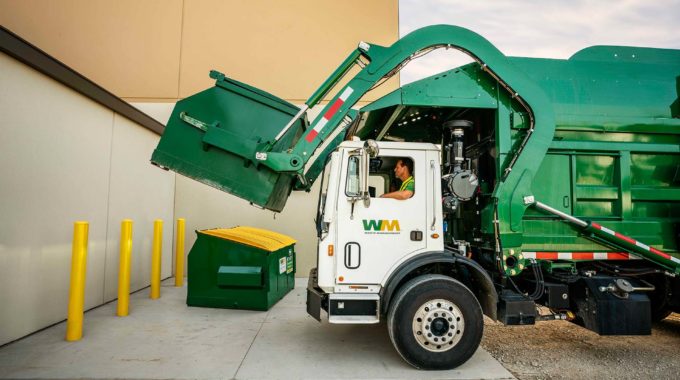 The proposed 300 tons per day (not to exceed) facility will consist of a permanent pre-engineered metal building which will facilitate the transfer of mixed municipal solid waste from Lakewood’s solid waste haulers to semitrailers for onward transportation to a solid waste facility.[1]

An online petition opposing the transfer facility, at the time of this writing signed by 919 people, asserts that:

The proposed solid waste transfer station will directly impact the quality of life of the residents and business establishments in its immediate vicinity…residents will hear loud equipment and see many more waste management vehicles including semitrailers coming and going. These facilities are known to cause tremendously foul-smelling odors that will be a constant presence for all of the immediate area surrounding the facility. They also inherently generate large quantities of waste liquid. This is particularly concerning as the proposed site is within a half-mile of the Lakewood MUA (Municipal Utilities Authority) water tower as well as other freshwater bodies.

Located within a half-mile of the proposed facility are established residential neighborhoods, eating establishments with indoor and outdoor seating, health facilities, newly built office parks, urgent-care facilities and many schools with elementary school-age children. These will all be directly negatively affected if this solid waste management facility is built.[2]

Yes [it will be in a building]. And it will filtration (sic) and things like that. It won’t be out in the open. It won’t be baking in the sun.

While this writer is not sufficiently knowledgeable about waste transfer facilities in general, and the details of this one in particular, to have a position on the controversy, discussion of the basic issue appears as early as the Mishnah—and according to some Rishonim, it is even alluded to in Chumash.

The Torah relates that when Avraham negotiated the purchase of Ephron’s field and the Me’aras Hamachpeilah for use as a burial crypt, he dealt not just with Ephron personally, but with the children of Cheis collectively.[4] R’ Yosef Bechor Shor and the Chizkuni explain the need for this as follows:

[Avraham] needed all of them, for even if Ephron had sold him the field, he would not have been permitted to make a cemetery there without the permission of all the residents of the city, lest they say: ‘You are not permitted to add a mekom tum’ah (a place of contamination) to our neighborhood.’[5]

In the same vein, the Torah relates that at the conclusion of the deal:

Ephron’s field…was confirmed as Avraham’s as a purchase…

The field with its cave was confirmed as Avraham’s as an estate for a burial site, from the children of Cheis.[7]

Some of the Ba’alei Hatosafos explain:

Why are there two confirmations? One that [Avraham] purchased the field from its owner, and one that he purchased the place from the ruler, for he would be unable to make a cemetery there without his consent.[8]

The Ralbag actually adduces this understanding of the narrative as a major halachic precedent:

It is inappropriate for someone to do something with his own land that will result in injury or distress to his neighbors, unless he has their consent. We therefore find that Avraham requested of the children of Cheis that they consent to his establishment of the field and the cave therein as an estate for a burial site, and Chazal have already derived from this principle many laws in [various] places in [Maseches Bava] Basra.[9]

NIMBY in the Gemara

One of the mishnayos in Bava Basra to which the Ralbag alludes indeed explicitly includes graves on a list of things that must be located far enough from a city so as not to be a public nuisance:

One must distance animal carcasses, and graves, and a tannery fifty amos from the city. One may establish a tannery only on the east side of the city, because winds usually blow from the west, and the foul smells would therefore be blown away from the residential area. R’ Akiva says: One may establish a tannery on any side of a city except for the west, as the winds blowing from that direction will bring the odors into the city, and one must distance it fifty amos from the city…[10]

Contemporary applications of these halachos can be found in a pair of rulings of the bais din of Mitzpei Yericho, in cases involving residents who objected to the placement of municipal garbage receptacles near their homes on various grounds, including the stench that they allegedly emitted. In both its rulings, the bais din accepted, at least in part, the plaintiffs’ objections and ordered that the receptacles be moved, although the details of its analyses and the nuances of its rulings are beyond the scope of this article.[11]

[5]Bechor Shor and Chizkuni ibid. 23:7. The Chizkuni omits the explanatory phrase “lest they say…”