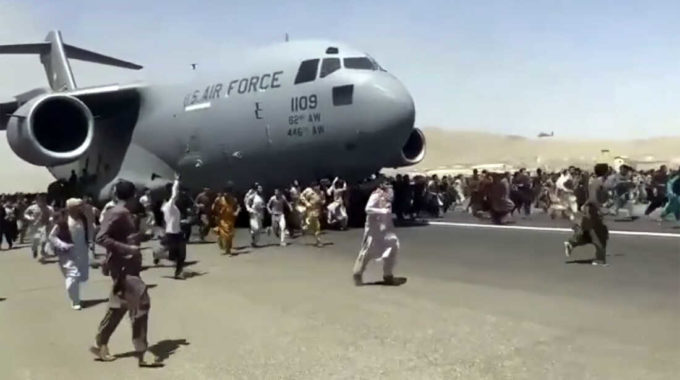 In the wake of President Biden’s withdrawal of American troops from Afghanistan and the subsequent fall of Kabul to the Taliban and the stranding of thousands of U.S. citizens and Afghans eligible for U.S. visas, a number of Republican congressmen have called for Biden’s impeachment (for “a high crime and misdemeanor of dereliction of duty”) or removal from office via the invocation of the 25th Amendment to the United States Constitution (on the grounds that the “Commander in Chief and his administration are incapable of or unwilling to perform their duties”).[1]

We will not address here the merits of these particular arguments. In general, though, does halacha provide the people with the right to depose their sovereign in the absence of a formal governmental framework for doing so?

One of the first to raise this question was R’ Yitzchak Abarbanel (who notes that he has not seen any previous discussion of the question). He reports that the sages of the nations had analyzed the matter and concluded that when a king is evil and wicked, it is indeed appropriate for the people to rebel against him and depose him, but that he himself expounded upon this matter “before kings and their sages” and demonstrated that the people have no authority to rebel against their king and remove him from office “even should he be guilty of every kind of sin.” He advances three arguments in support of his position:

R’ Yaakov Minkovsky of Karlin (the Keren Orah), however, maintains that the selection of a king is indeed the prerogative of the people, and it is accordingly their prerogative to depose him as well. (He makes no stipulation of any criterion of malfeasance or unfitness.) He derives this position from a comment in the Yerushalmi that during the entire period of Dovid Hamelech’s flight from his son Avshalom during the latter’s rebellion, he would receive atonement (for any sin he committed that necessitated the bringing of a sin offering) through a goat, just like a commoner, despite his having initially been anointed as king by Divine command.

Strikingly, the very next words of the pasuk that Abarbanel adduces against the idea of popular sovereignty are adduced in its support by the Keren Orah, who argues that the phrase “from among your brethren shall you set a king over yourself” implies that “the appointment of the king depends upon the people.’”[4] The truth is, however, that Abarbanel himself elsewhere explains this pasuk to mean that the king is to be chosen by both Hashem, via a prophet, and the people.[5] His third argument above in rejection of the right of rebellion must therefore be interpreted to mean that since the people do not have the sole authority to select the king, they do not have the authority to depose him on their own.

This fundamental question of whether the Torah here is affirming or denying popular sovereignty is actually a dispute among earlier commentaries. On the phrase “whom Hashem, your G-d, shall choose,” the Sifri comments, “via a prophet.”[6] The Ibn Ezra similarly explains, “via a prophet or ‘the judgment of the Urim’, i.e., not whom you shall choose.”[7] As we have seen, Abarbanel also understands that Hashem’s choice is communicated via a prophet, though he maintains that the people also have a role in the process.

The Ramban, however, cites Chazal’s interpretation, but then proceeds with the explanation of unnamed commentaries that according to the pshat, the phrase “whom Hashem, your G-d, shall choose” is to be understood in the context of the continuation of the pasuk: “from among your brethren shall you set a king over yourself; you cannot place over yourself a foreign man, who is not your brother.” We are to choose a king from among the Jewish people, the nation that Hashem has chosen.

Ramban’s own understanding of the pshat of our pasuk is based on the theological principle that any ruler over nations is assumed to have received his position from Hashem. Our pasuk, then, just means that Hashem is commanding us to choose a king, and our choice will then have been destined by Him to rule.

According to these latter two explanations of the pasuk, there is no mention here of Hashem’s direct involvement in the appointment of a king, which is left entirely up to the people (although only Jews are eligible for the position).

Radvaz states that a legitimate king is one who has been appointed via a prophet or who has been universally accepted by Klal Yisrael (as opposed to one who seizes power by force).[8] Accordingly, it would seem plausible that the people may depose a king whom they have installed (setting aside Abarbanel’s first two arguments), even if they may not depose one appointed via a prophet.

A person should never be removed from a position of authority within the Jewish people unless he acted in an unsuitable manner.[9]

R’ Raphael Yosef Hazzan inclines to the view that “act[ing] in an unsuitable manner” includes inveterate sinfulness as well as abuse of power. He assumes that this rule applies to kings, and he wonders why the idolatrous kings of Yisrael and Yehuda were not accordingly removed from their positions; he suggests that the good people of the time may have been powerless to do so.[10]

[3]Commentary of Abarbanel to Devarim, end of chapter 17.

[7]Ibn Ezra ibid. This is also the interpretation of Chizkuni ibid.