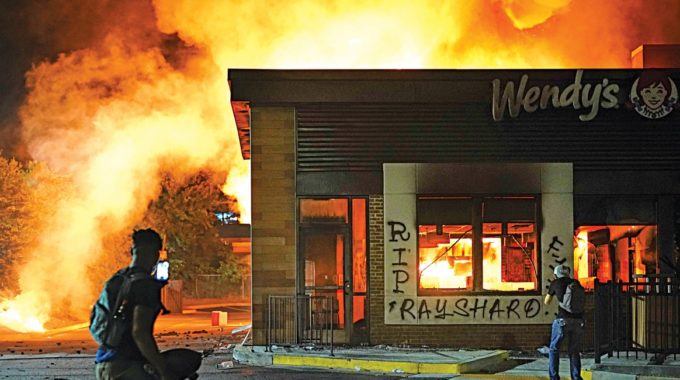 Was the Rayshard Brooks shooting justified?

Last week’s article on the fatal shooting of Rayshard Brooks by Atlanta police officer Garrett Rolfe discussed the self-defense defense—the law of rodef, which allows the killing of one who is endangering another’s life. Here we consider some other possible defenses of the killing.

We pointed out last week that being struck by a Taser is rarely lethal. It is, however, widely reported to be extremely painful. Nevertheless, this would not seem to justify killing to thwart a Taser attack. While it is not entirely clear whether the permissibility of killing a rodef extends to someone threatening nonlethal injury or pain,[1] the Rambam’s language is virtually explicit that lethality is the sine qua non of a rodef,[2] and there are various indirect indications that poskim generally take this for granted:

The halacha grants the state and its agents very broad latitude to punish criminals, due to the critical need to preserve law and order; they may impose draconian (at least by modern standards) punishments going far beyond the Torah’s, and they are not bound by the Torah’s strict requirements of due process.[10] It can therefore perhaps be argued that if the law allows police officers to use lethal force in a given situation, even if this permission is an expanded right of self-defense rather than a form of punishment, it is permitted for them to do so regardless of whether this would otherwise be allowed by the Torah.

Some have argued that police doctrine would consider Brooks’s shooting “lawful but awful” since “officers are trained that they have the right to escalate their use of force if they believe someone is threatening to incapacitate them.” Others have gone even further and argued that the shooting was completely justified on the grounds that Brooks’s use of the Taser “could have immobilized the officer for several seconds, possibly allowing Brooks to steal the officer’s gun or seriously injure him.” If these assertions are correct as a matter of law (a question that is beyond the scope of this article), the shooting might consequently be legitimate according to halacha as well, even if the possibility of incapacitation would not be sufficient to give Brooks the status of rodef from a purely halachic perspective.

[7]The Or Sameiach ibid. 1:8 considers this broader interpretation of rodef to be obviously correct. He does not stipulate that the level of danger be sufficient to permit the desecration of Shabbos, but his argument hinges on the fact that the rodef is being killed “to save a Jewish life.”

A compelling argument for this broader interpretation of rodef can be made from the halacha that a moser may be preemptively killed to prevent mesirah, but not after the fact as punishment (see Shulchan Aruch C.M. 388:10-11), as explained by the Gra that the justification for killing a moser is that he is considered a rodef, but he is nevertheless not liable for the death penalty for murder after the fact, since his act is mere grama. (Biur HaGra ibid. s.k. 69, and cf. s.k. 74)