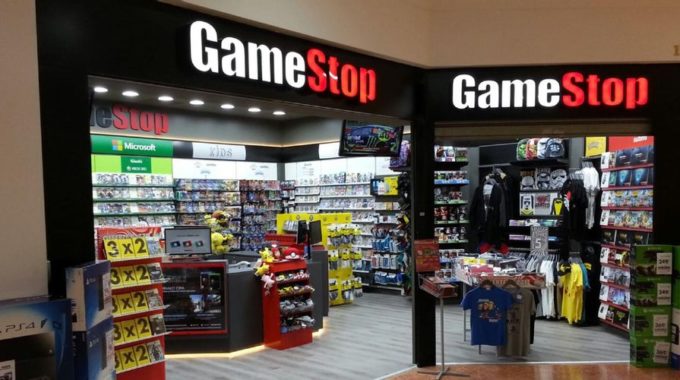 Securities markets have recently been roiled by the wild gyrations of the stock price of the video game retailer GameStop (GME), which peaked in late January at more than $500 a share—nearly 200 times its 52-week low of $2.57—before plummeting in early February. (At the time of this writing, the shares were trading at around $82.)[1]

The main driver of the stock’s meteoric ascent was apparently a short squeeze carried out by retail investors organizing primarily on the Reddit social media platform).

Short selling is an investment or trading strategy that speculates on the decline in a stock or other security’s price…. In short selling, a position is opened by borrowing shares of a stock or other asset that the investor believes will decrease in value by a set future date—the expiration date. The investor then sells these borrowed shares to buyers willing to pay the market price. Before the borrowed shares must be returned, the trader is betting that the price will continue to decline and [he] can purchase them at a lower cost.[2]

A short squeeze occurs when a stock or other asset jumps sharply higher, forcing traders who had bet that its price would fall, to buy it in order to forestall even greater losses. Their scramble to buy only adds to the upward pressure on the stock’s price.[3]

On Jan. 22, approximately 140% of GameStop shares had been sold short (meaning some shorted shares had been lent again and shorted again), yielding the ideal conditions for a massive short squeeze by the concerted buying power of a large group of retail investors. The ensuing rapid increase in the share price caused massive losses for various large institutional short sellers like hedge funds, who were forced to cover their short positions at great disadvantage (by buying GameStop stock at high prices to repay the shares they had borrowed and sold at much lower prices).

In the following series of articles, we consider various halachic questions raised by this episode and by short selling and financial speculation in general.

A short sale of a security is a bet that its price will decline, but short sales can actually cause the price to decline as well, by making more shares available to buyers. This is because according to the law of supply and demand, increasing the supply of something will result in a lowering of its price. Moreover, short sellers will often actively try to cause a decline in the security’s price, by attempting to convince the public that it is currently overpriced. When this is done by the dissemination of false or dubious information, it is termed “short and distort,” and is certainly improper,[4] but even when such tactics are not utilized, short selling is often reviled. It has been called “mean, shameful, and loathsome,” and “motivated by appalling avarice and greed.”[5] We consider here whether there is anything halachically wrong with short selling.

The Rosh rules that economic activity that is beneficial to oneself and does not cause actual harm to anyone else is permitted even if it causes others’ property to decrease in value. This is why opening a business that competes with an existing business is permitted, despite the fact that the value of the latter will generally decrease as a result.[6] It would seem, then, that the mere fact that short selling may cause the loss of value of assets held by others is insufficient basis to prohibit it.

Perhaps, however, short selling is more problematic than the activities discussed by the Rosh and the other poskim who invoke his doctrine: The short seller actually wants the price to go down and intends to profit from its decline, as opposed to the cases discussed by the poskim, where the decrease in value of others’ property is merely incidental to the economic activity that is inherently beneficial to one’s own interests. This would be even more of a concern where the short seller actively tries to drive the share price down, by propagandizing and the like.

Rabbi Dr. Aaron Levine argues that a business short selling a competitor’s stock is halachically prohibited as a form of improper competition. The normative halacha is that business competition is generally permitted due to the rationale that one business may tell another, “You operate in your space, and I operate in my space.”[7] It can be inferred that competition is not legitimate if it “generates livelihood activities” for oneself on one’s competitor’s premises. Since short selling by a competitor involves the use of the other company’s shares, it is “tantamount to competing with [the other company] by operating in [the other company’s] premises,” and is therefore prohibited.

Rabbi Dr. Levine further argues that this is so even if the short sale is not sufficiently large to affect the share price, since “what makes for the prohibition is not the success or failure of the tactic to generate additional revenues for [the business that is utilizing its competitor’s property] but rather the utilization of the rival’s asset to generate income for oneself.”[8]

His fundamental argument, however, is very dubious: The shares of a company do not belong to the company, but to the shareholders that own them, and if one of those shareholders lends his shares to a short seller, then the short seller is utilizing property that he has the right to use, and is not using “the rival’s asset” at all. This is entirely different from “using a competitor’s premises.”

In the next article in this series, we shall iy”H consider various other arguments against the legitimacy of short selling.

[1]The details of the GME short squeeze in this article are taken from Wikipedia and various media reports.