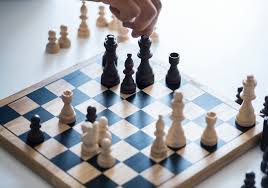 The state’s current wildfires, the worst on record, have ravaged enormous swaths of terrain and devastated thousands of families. At press time, the conflagrations engulf 235,000 acres. Nearly 8000 homes have been destroyed, hundreds of thousands of residents have been evacuated, and at least 100 people are missing. 50 are confirmed dead.

We are commanded to zealously guard our health, though Rishonim disagree whether “v’nishmartem m’od l’nafshosaichem” (Devarim 4:15) is a source or only an asmachta. Indeed, the Gemara says (Chulin 10a) that danger is treated more stringently than issur. That California is threatened by forest fires was not unknown two weeks ago; they are a regular feature of life in the state. So is one permitted to live there?

Likewise, may one live in the Southeast, where hurricanes that form in the warm Atlantic waters come calling most summers? Or in the Northeast, well-trodden ground for devastating blizzards?

The Gemara (Brachos 54b) says that four people are obligated to thank Hashem: a seafarer, a desert traveler, a dangerously-ill patient that recovers, and an emancipated prisoner. Rashi (s.v. tzrichin) says that each incurs his obligation upon emerging from danger. Presumably, numbers 3 and 4 didn’t choose their predicament. But if traveling by sea and desert are hazardous, how may a Jew do so in the first place?

The answer appears in the Gemara in multiple places (Shabbos 129b et al.): Where the public widely engages in an ostensibly dangerous activity—dashu bay rabim—then we apply the dictum shomer pesa’im Hashem (Tehillim 116:6): Hashem protects the simple.

Once an activity is accepted as normal in society, it becomes Halachically permissible as well. For this reason, it is mutar to travel by car, despite the fact that millions have died in car accidents. The very fact that society has adopted automobile travel and its associated dangers makes it an acceptable risk.

R’ Shlomo Zalman Auerbach (Minchas Shlomo 2:37) addresses the following question: A baby has reached, on Shabbos, the age where a particular vaccine is to be administered. A vaccine is certainly a matter of pikuach nefesh, conveying protection from a deadly disease. Can it be given on Shabbos?

In his teshuva, R’ Shlomo Zalman observes that most people do not run to vaccinate the moment a child reaches the recommended age. They tend to tarry and get to it when the items on their to-do list that they deem more pressing are done. This indicates that they don’t view their children as being in danger if the immunization is delayed. For this reason, he writes, the vaccine can wait; it is not docheh Shabbos.

In other words, a sakana is whatever people treat as one.

So what are we to make of the Gemara (Kesubos 15b) that we do not follow rov in matters of pikuach nefesh and the Tosefta (Shabbos 9:22) that nothing stands in the way of pikuach nefesh? And of the Mishna that teaches (Yoma 84b) that we violate Shabbos extensively to rescue someone upon whom a building has collapsed, even where the chance that he remains alive is infinitesimal? Don’t these mekoros indicate that even a slight possibility of danger must be averted so ardently that even chillul Shabbos is allowed?

The Aruch Laneir in his Teshuvos Binyan Tzion (137) proposes a fundamental distinction: Where a threat to life is already present, like where a house has collapsed on a person, Shabbos may be violated if even the smallest possibility exists that one is averting danger by doing so. But if no actual threat exists, only a hypothetical and statistical one, one is permitted to enter the situation without concern for what might eventuate as long as there isn’t a rov of danger. For this reason, it is permitted to sail the seas and cross the deserts.

Or live in California.

The Shem Aryeh (Y.D. 27) similarly says that one may engage in activities that are part of the normal way of the world without concern for sakana in pursuit of legitimate human needs. For this reason, he says, women are allowed to become pregnant without concern for the hazards of childbirth, though they are not subject to peru urevu and even if they already have children. And one is allowed to go to war even for a milchemes reshus.

May one engage in common but dangerous activities for no purpose beyond enjoyment? The Noda Bihuda (Tinyana Y.D. 10) in his famous teshuva on hunting considers, among other things, the issue of sakana. He writes that a poor man who needs to hunt for a living may do so, but hunting for pleasure would be precluded by the issur of endangering oneself, which going deep into the forest for close encounters with wild beasts necessarily entails.

The Tzitz Eliezer (15:37) challenges the Noda Bihuda from the common practice of traveling by sea for pleasure alone. He answers that hunting in the forest involves more than a hypothetical, potential risk; intentionally entering the habitat of wild animals is subjecting oneself to immediate danger.

Perhaps similarly, Teshuvos Mabit (2:216), in a discussion of whether one may object to one’s spouse’s desire to move the family to Eretz Yisroel on the grounds that the overseas trip is dangerous, distinguishes between the regular baseline danger of sea travel—which is not of concern—and the imminent danger of sailing through a war zone.

May Hashem quench quickly the California infernos and save us from every peril.