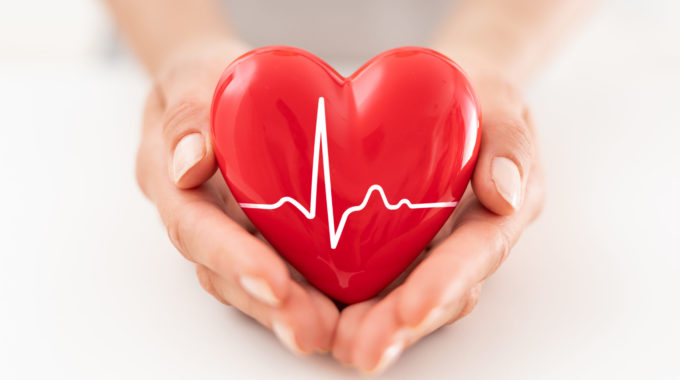 In the previous article, we considered various rulings of R’ Shlomo Zalman Auerbach regarding the withholding of medical treatment and life support from a terminally ill and suffering patient; in this one, we consider the opinions of several other poskim on this topic.

Like R’ Shlomo Zalman, R’ Moshe maintains that the preservation of life is not always obligatory.

In 5728 (1968), in a responsum addressed to R’ Yitzchak Yaakov Weiss, R’ Moshe ruled that when physicians cannot heal a terminally ill patient but merely prolong his life for a period of limited duration (chayei sha’ah), this is actually prohibited[1] if the patient will suffer during the extension of his life. He infers this from the halacha (cited in the previous article) that it is permitted to remove an impediment to the death of a goseis. If it would be permitted to prolong life, even of a chayei sha’ah duration, even when the patient will suffer, then on the contrary, it would be obligatory[2] to introduce such an impediment in order to prolong the goseis’s life![3]

In 5742 (1982), in a responsum addressed to Dr. Neal (Naftali Zev) Ringel and Dr. Yoel Jakobovits,[4] R’ Moshe elaborates upon his position. He writes that when physicians assess that it is impossible for a patient who is suffering to become healed and recover, or to live without suffering, and the only thing they can do for him is to provide medication that will extend his life along with its attendant suffering, they should not provide such medication. They should, however, provide pain medication, as long as it will not shorten the patient’s life even by a moment.[5] Similarly, oxygen should be provided (if necessary), because this will reduce the “great suffering” of being unable to breathe.[6]

In 5744 (1984), R’ Moshe addressed a follow-up responsum to his mechutan R’ Shalom Tendler, who had expressed concern that R’ Moshe’s 5742 responsum—which acknowledged the basic legitimacy of the concept of “quality of life”—could be distorted by “evildoers” into a precedent for further distinctions among lives of varying quality, in support of the position that it is unnecessary to treat the mentally ill (shoteh) or those unable to communicate (domeim). R’ Moshe dismisses this concern, arguing that his ruling leaves no room for such an error, and insists that

It is certainly obvious and clear, and known to every ben Torah and yerei shamayim, that we are obligated to heal and to save, to the extent possible, every person, without regard to any distinctions in his level of wisdom and knowledge.[7]

R’ Moshe then proceeds to consider the case of a suffering patient who is not terminally ill but whose suffering cannot be alleviated. Here he is less certain, but he suggests (“efshar kedemistaveir lichorah”) that even in such a case, we are not obligated to treat a patient who does not desire to have his life prolonged along with his suffering. R’ Moshe further asserts the remarkable rule that even where it is impossible to ascertain the wishes of the patient, we can assume that he does not desire such treatment and there is thus no obligation to provide it. He adds, however, that in the vast majority of cases, the patient has family, including parents and siblings, who should be consulted about his care.[8]

Rav Elyashiv reportedly adopted a similar stance to that of R’ Moshe and R’ Shlomo Zalman. R’ Avraham Sofer Abraham records that Rav Elyashiv instructed him that a physician is obligated to do anything necessary to prolong life, even if he cannot treat the underlying illness—unless the patient is experiencing difficult suffering and requests that his life not be prolonged by medical treatment, in which case he may be passively (shev v’al ta’aseh) allowed to die.[9]

Similarly, Rav Elyashiv ruled, regarding a particular terminally ill patient, that given that he was experiencing great suffering and was in full possession of his faculties, he was permitted to decline intubation, mechanical ventilation, and dialysis, since these would only prolong his life for a period of chayei sha’ah. Rav Elyashiv emphasized, however, that the patient—a great talmid chacham—must be consulted as to his wishes.[10]

It is critical to note that (as per Rav Elyashiv’s language cited above) the dispensations of all these poskim are only to passively withhold treatment, never to actively cause or accelerate death.[11]

The Tzitz Eliezer has a somewhat different perspective on our topic. He discusses the case of eleven-year-old Yisroel Soloveitchik, a grandson of R’ Ahron Soloveitchik, who was suffering from brain cancer. Fluid had been collecting in the cavities of the boy’s brain, and tubes had been implanted to drain it. At a certain point, the boy’s physicians wanted to operate and replace the tubes, apparently because they had become blocked or infected. The boy’s father, R’ Moshe Soloveitchik, agreed to the operation, but his mother did not, out of her desire to end her son’s suffering by allowing him to die. A Chicago court sided with the mother and refused to order that the surgery be performed; the boy died two days after the verdict.

Rav Waldenberg declares that in his opinion, da’as Torah is in accordance with the father in agreeing to the medical recommendation, and the mother was absolutely incorrect and misguided in her compassion. He insists that life must be preserved no matter its quality, and he adduces proof from Chazal that even a life of pain and inescapable suffering is preferable to death.[12]

[1]In light of the later responsa of R’ Moshe cited below, it seems that this prohibition would be limited to an uncommunicative patient, who is presumed to be unwilling to have his suffering extended (and obviously also to one who has expressly refused such treatment).

[2]R’ Moshe apparently assumes that insofar as such measures are permitted, they would be obligatory, although he provides no explicit justification for this assumption.

[3]Shu”t Igros Moshe Y.D. cheilek 2 siman 174 anaf 3. R’ Moshe is discussing keeping a prospective organ donor on life support in order to enable the harvesting of his organs, but it is clear from his argument that he is opposed to the chayei sha’ah extension of life in general when the patient will suffer, and he actually states this explicitly in the course of his analysis: “And since it is prohibited to do this for the sake of one’s own life, a fortiori is it prohibited to do this for the sake of the lives of others.”