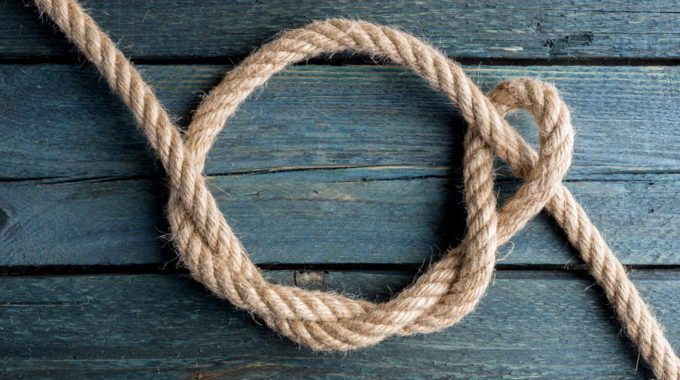 Q Last Shabbos night, while trying to untie my shoes, I mistakenly knotted them (an X over an X). Not knowing whether I was allowed to untie them, I slept in my shoes. Would I have been permitted to undo the knot?

The Rishonim discuss the parameters of the “professional” knot. The Rama, citing the Hagahos Alfasi, rules that any double knot should be avoided, as it is possibly professional. And Rishonim disagree whether “short” means under 24 hours or under a week. The Biur Halacha (317:4) rules that one should assume it’s 24 hours, except in cases of great need, where he may go with one week.

In your case, based on the foregoing rules, it would seem to be forbidden to untie a double-knotted shoelace. But the Chochmas Adam writes (see Mishnah Berurah 317:23) that one may untie a double knot that was made unintentionally. The Chazon Ish (O.C. 52:17) explains that the stringency to avoid double knots is only a minhag, and the custom was never adopted in the case of a mistake. Additionally, even if you had knotted it intentionally, because it was intended for less than 24 hours, it may be untied in a case of great physical distress—like disturbed sleep—because it is a question of a Rabbinic prohibition and is in fact permitted according to many Rishonim (see Rama 317:1).