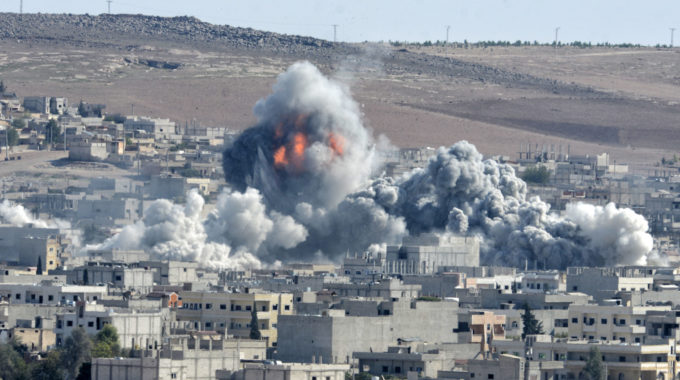 During the recent hostilities between Israel and Hamas, Israeli Defense Minister Benny Gantz threatened to respond to attacks by striking not just “buildings and targets, but also those operating within them,” and there was a report that “The entire leadership of Hamas…has gone underground in anticipation of possible targeted killings by Israel.” Prime Minister Netanyahu made similar threats months ago. Over the years, Israel’s targeted killings in the course of its conflict with the Palestinians have been the subject of considerable controversy; in this article, we consider various justifications for such killings.[1] Our discussion will focus on the justifications of the masacre of the citizens of Shechem by Shimon and Levi offered by various commentators.[2]

As we discussed in the context of the Rayshard Brooks killing, the halacha of rodef (the “pursuer”) permits the use of lethal force in defense of life. While the classic cases of rodef generally involve immediate and direct threats to life, the category extends to situations involving less imminent threats as well, such as the case of the moser (one who informs on a Jew to a gentile), who may be killed as a rodef because the gentile will presumably torture and kill the Jew in the course of his attempts to extract information from the Jew about his assets.[3] Even someone who only credibly expresses his intention to commit mesirah is considered a rodef.[4] A further extension of rodef applies to an individual whose criminal activity threatens to bring down the wrath of the authorities upon the Jewish community.[5] The Ralbag, in justifying the massacre of Shechem, seems to even endorse preemptive self-defense, i.e. without being attacked first, explaining that once Shimon and Levi killed Shechem (the man), they had no choice but to exterminate the entire city, because otherwise Shechem’s father Chamor and his people would have attacked them in revenge.[6]

It follows that any Hamas operative intending to commit an act of lethal terrorism, or even one engaged in planning such an act, could be classified as a rodef and killed.

The Rambam and other Rishonim explain that the inhabitants of Shechem were guilty of failing to judge Shechem for his atrocity and therefore liable to the death penalty.[7] According to this view, insofar as Hamas terrorism is criminal, even ordinary citizens, and certainly Hamas leaders, may be killed as punishment for failing to judge Hamas terrorists.

Other commentators, however, reject this justification of the massacre of Shechem, arguing that fundamentally, the failure to do justice is not a capital offense,[8] and pragmatically, it is entirely unreasonable to expect commoners to judge the son of their prince.[9] Both these considerations could exculpate ordinary Gaza citizens for the failure to judge and punish the terrorists among them, and the former point would apply even to influential and powerful Gazans.

Some commentators justify the massacre of Shechem on the grounds that the people were actually all culpable for Shechem’s crime, either because they should have protested it[10] or because they actually aided and abetted it.[11] The former consideration should apply to any Gazans who fail to protest Hamas terrorism, and the latter to those who participate in it, presumably even in a support capacity.

The law of war

The Maharal’s provocative justification of the massacre of Shechem yields perhaps the broadest and most powerful justification of Israel’s targeted killings. He explains that war between nations has its own rules, different from those applying to individuals. In war, all enemy citizens are fair game: Once an enemy nation has committed an atrocity and initiated hostilities with us, any member of that nation, even if he himself was not involved in the crime and casus belli, may be summarily killed.[12] Some have indeed applied this doctrine to the activities of Israeli security forces:

Israel, since its establishment, has constantly been in what is halachically considered to be a state of war . . . If necessary—since it is sometimes impossible to ascertain who are the terrorists who are organizing the riots and pandemonium—Tzahal is permitted, and even obligated, to strike and even kill, as necessary to achieve military victory, even others of that nation who are innocent of any crime.[13]

(This view is apparently reluctant to accept the Maharal’s position unreservedly, because according to the Maharal, Israel would presumably be entitled to kill enemy civilians regardless of the practicality of distinguishing between them and terrorists.)

[2]It is, of course, important to note that Yaakov strongly disagreed with his sons’ actions, both immediately as well as decades later on his deathbed. In contrast to Shimon and Levi’s perspective, there is relatively little discussion of Yaakov’s side of the argument. This is presumably because—as per his own words in Parshas Vayishlach—he did not object to the massacre in principle, but merely on the grounds of pikuach nefesh, that the family would be annihilated by the anticipated retaliation of the Canaanites and Perizzites.

Some, however, do understand that Yaakov had a moral objection to the massacre. The Me’iri (cited below) explains that despite the fact that the people of Shechem were liable to the death penalty (as per the explanation of the Rambam cited below), Yaakov nevertheless had wished to honor his word and covenant with them, and to act lifnim mishuras hadin. The Radvaz (Hilchos Melachim 9:14) explains that since they had undergone circumcision, ger shenisgayer kekatan shenolad dami, and they were no longer responsible for their prior actions.

It should also be noted that R’ Yosef Bechor Shor (Bereishis 34:24-25) maintains that Shimon and Levi acted out of rage and simply did not care whether their actions were morally justifiable or not. A similar view is cited by Me’iri ibid.

[5]Biur HaGra ibid. s.k. 74, explaining the ruling of R’ Menachem Mirzburk, codified by Rama ibid. se’if 12, allowing the mesirah of such a criminal.