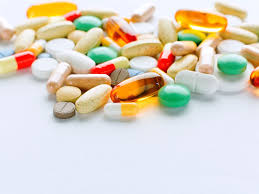 I have a vitamin pill that contains kosher liver. If I take this vitamin, will I become fleishig?

Rav Moshe Feinstein, zt”l (Igros Moshe YD 2:26) writes that if one swallows a fleishig vitamin, one would not become fleishig. The two reasons given for waiting six hours (i.e. that meat might be lodged between one’s teeth, or that there might be a lingering taste of meat) do not apply to a vitamin pill that is swallowed. Although we noted in a previous Halacha Yomis that the six hour waiting period applies even when the reasons are not applicable (lo plug), we do not invoke this principle for a vitamin pill which is meant to be swallowed and is not a food item. Even if one bit the vitamin pill, there is no requirement to wait six hours because this is not the normal way that it is meant to be taken.