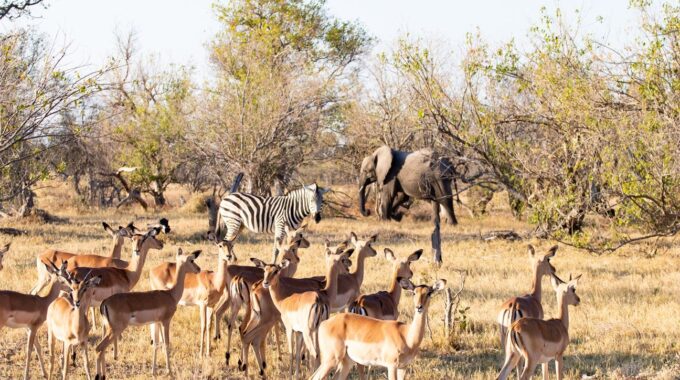 The Panim Yafos says that the adnei hasadeh, a creature mentioned in the Mishnah (Kilayim 8:5) that is connected to the ground by a cord from its navel and dies if detached, participated in arov, and the ground moved along with it. This, he explains, is the meaning of “and even the ground upon which they are (ha’adamah asher heim aleha).”

The Mishnah says the adnei hasadeh is a chayah (wild animal). R’ Chaim Kanievsky (Derech Emunah, Trumos) says based on a Midrash that the adnei hasadeh was eaten as food. He concludes that since it grows from the ground, it is subject to ma’aser, which would mean it is a plant. Perhaps one can explain this approach based on R’ Chaim Palagi (Ruach Chaim), who says that the adnei hasadeh grows like a plant, but when it is fully grown it is humanoid, with flesh and bones. If so, perhaps when it is grown it has the status of a chayah, and it was in this stage that it was part of arov.