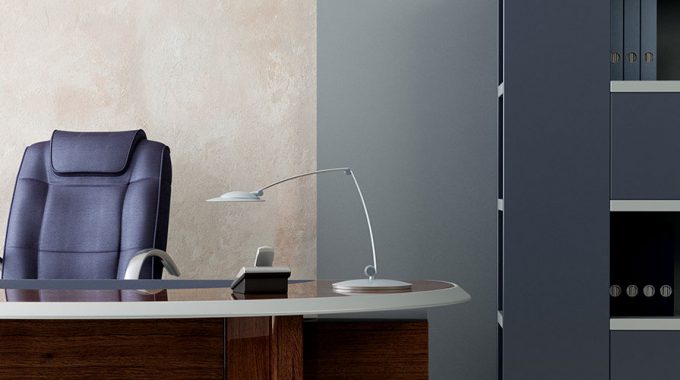 “With all of my might, I have served your father.”

In this week’s parsha Yaakov tells Rochel and Leah that despite being repeatedly taken advantage of by Lavan, he nonetheless labored for him with all of his energy. The Rambam (Sechirus 13-7) references this declaration to establish the high standard of dedication the Torah requires from an employee. This article, we will examine the obligations of an employee to his employer.

Picture this. You come home one Sunday afternoon and behold, sitting  there on the couch right in the middle of your living room, is your landlord. Shoes off. Feet up on the coffee table. He lowers the volume on his headphones and lowers your Sunday paper just long enough to give you a short hello, and then goes back to reading.

“What are you doing here” you ask in a polite tone trying to mask your annoyance. He coolly puts down the paper, pulls the property deed from his pocket and indignantly replies, “Excuse me, but if you read carefully you will see that this house belongs to me.” As your blood-pressure sores to new heights you contortedly respond “I know the house belongs to you, but since you rented it to me, you gave up your right to just use it anytime you wish. I would appreciate if you would leave as soon as possible.”

The case is crystal clear. The landlord is clearly in the wrong, and each moment he remains in the rental property without permission, he is stealing from his tenant. Yet, in essence, the same is true in the case of employment.

The Rambam (Sechirus 13-7), compares an employee who uses his time on the job for his own purposes, to stealing. When one is hired to work for an employer, one is in actuality “renting” out one’s capabilities, efforts and strengths. Therefore although in essence his body and all of his strengths are his own, when he accepts the job he relinquishes his rights to use them for his own benefit to his employer. For him to use his boss’s time to find cheap tickets, play solitaire, or conduct a lengthy conversation with a friend (not business related) is tantamount to theft, just as is the case with our friendly landlord.

It is important to note that there are acceptable leniencies in regards to this sensitivity. Anything that can be clearly classified as “common practice” is permissible, as it is understood that the employee was hired under those assumptions. For example, even though prolonged non-business related conversation is forbidden, one may say hello and greet a fellow employee in the hallway, speaking in a relaxed and unhurried way which expresses common courtesy.

To show the extent of this sensitivity the Rambam rules (ibid) that during working hours a worker is not required to recite the fourth blessing of Birkas Hamazo. The reason for this is that since the obligation to recite the fourth blessing is merely a Rabbinic obligation, one’s responsibility to his one’s employer overrides the obligation. In today’s environment the custom is to recite it.This being the case, one who does recite this blessing is not considered stealing.

As a general rule, anything which is considered normal industry practice such as a “coffee break” or the exchange of typical social pleasantries would be acceptable However, anything more than the “Minhag” must be limited.

A practical application of this rule would be with regards to sale purchases. If one’s boss sends them to a local retailer to purchase a computer which is on major discount, and by the time the employee arrives there is only one sale item left, it would be prohibited for the employee  to purchase it for himself. Even should the employee end up purchasing it for himself in many cases he would have an obligation to give it to the company.

Another application of the above, often surfaces upon the termination of a typical employment relationship. The parties are often faced with questions as to what are the employee’s rights to continue operating in the same field as the previous employer and using previous contacts acquired during his previous employment.

Many employees feel that they should be able to continue to service clients that they have invested time and effort to obtain and maintain. The employer’s position might be that the clients should stay since they were obtained while working for the company.

As a matter of Halacha, unless a valid Non-compete agreement was executed prior to the commencement of the relationship, it is usually permitted for a previous employee to compete in a manner that would be acceptable for any outsider to compete with the company. However, in regards to leads and customers which were generated while working for the previous company, there would be a Halachic issue for the employee to solicit clients to follow him to the new job. Since these relationships were consummated and nurtured on the past employer’s “dime”, the rule of Yado K’yad Ba’al Habayis dictates that these relationships are considered company property and the employee would therefore not be able to take them with him when leaving. Where specific accounts can be directly accredited to the employee, such as a relative or close friend of the employee, there may grounds for the employee to take these clients with.

Whenever an employee is acting as an agent or put into a position of authority to make decisions on behalf of his employer, it is important to ensure that those decisions are made solely to represent the best interests of the employer, without letting any other considerations influence this decision. That being said, one must be very careful when offered any type of perk or kickback, by potential customers, or clients, or vendors, in an attempt to “earn” the companies business. The employee is being paid to look out for the best interests of the company. Taking personal benefit into consideration will inhibit him from doing that job correctly thus putting in question the permissibility of taking his salary.

In addition, many times, when a specific vendor is offering a kickback, the added “expense” inhibits the vendor from offering the company any type of reduction or discount which they would typically offer the average buyer. Thus the employer’s interest are further compromised.

In addition, by allowing one’s decision to be influenced by a potential perk he may be transgressing “Lifnei Iver Lo Sitein Michshol”. A person that gives an Eitza She’eino Hogenes; a suggestion that is unsuitable, transgresses the Issur of Lifnei Iver. The Toras Cohanim expounds and writes “Lest you say ‘I am giving him a good Eitza’ behold the [truth] is in the heart, as it says ‘V’Yareisa Me’Elokecha’”. In addition, the Torah applies a unique curse to one who misleads the blind.

Another prohibition which plays a role is that of “Lo Sikach Shochad”- do not take a bribe. The prohibition of taking a bribe in its simple form is directed to Dayanim. However, the Poskim write that the prohibition is carried over to anyone who has been put in an authoritative position to make decisions for, or in relation to others.

“….and I write this as instruction to those that have been placed in a position of authority over the general population, even though their decisions are not [involving] Din Torah, and they were not appointed for that reason, even so they should be careful not to accept presents to effect their decisions.”

As a general rule, any perk or kickback that one feels they must hide from their boss is likely one that should not be received. One should disclose such an offer to one’s boss or at the very least speak it over with a competent Choshen Mishpat authority before accepting such an offer.