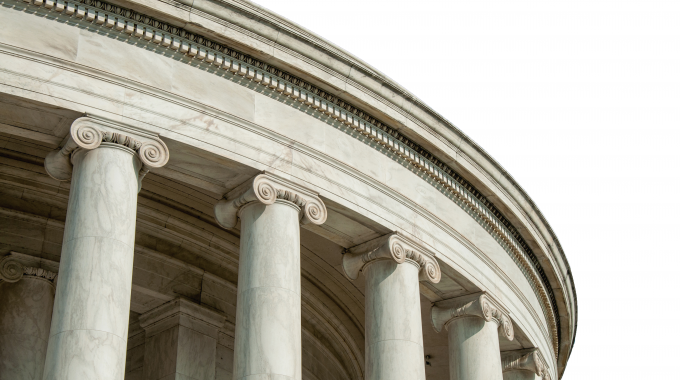 A NOTE FROM THE EDITOR

Selling chametz permanently to a non-Jew before Pesach in order not to violate bal yeira’eh uval yimatzei is mentioned in the Mishnah. The Tosefta goes further and discusses selling and physically transferring chametz and then repurchasing it after Pesach, and this method is codified by the Rambam and Shulchan Aruch. But mechiras chametz in its current form—where the chametz remains on the seller’s premises and is repurchased after Pesach—dates only to the 17th century, when decrees in European countries excluded Jews from many occupations. This brought many Jews into the liquor business, where a pre-Pesach fire sale of a producer’s entire inventory would mean financial ruin.

The Bach confronted this issue in 1630s Poland, where most Jewish commerce, as he attests, was in liquor. He permitted a distiller to sell his supply to a non-Jew, without physical transfer, and then buy it back after Yom Tov—provided he also sold the warehouse and gave the buyer the key.

By the early 19th century, this approach had spread from the liquor merchants to encompass the general population, and Rabbanim arranged mass sales on behalf of those in their communities who had appointed them as shluchim. This was initially controversial, as some poskim viewed the sale as an ineffective ha’aramah. But rebuttals of the objections, and strong affirmations of the practice, came from such luminaries as the Chasam Sofer, paving the way to its wide adoption. More recently, the Mishnah Berurah even ruled that one can obviate the need for bedika in a hard-to-check spot by selling that area and any chametz it contains. Still, some observe a chumra not to sell chametz gamur, i.e., foods that are asur min HaTorah.

May the Torah in these pages help you to have a chag kosher. And may that, in turn, make it samayach as well.

Does the standard mechiras chametz procedure suffice for the chametz of a business?

In this article we will address the following scenarios:

Amazon’s popular FBA (Fulfilled by Amazon) program enables sellers to pre-position their goods in Amazon’s warehouses to be picked, packed, and shipped when the seller receives an order. When an item is sold, it may still be the seller’s property, but because he cannot recall it, it is aino birshuso. Can he sell it with his regular mechiras chametz?

According to many poskim, including R’ Moshe Feinstein, the owner of chametz that is aino birshuso does not violate bal yeira’eh, though the Chazon Ish disagrees.

An additional basis for leniency is that because the seller cannot recall the chametz after the order is placed, it may already be the property of the non-Jewish purchaser.

However, another possible concern in this case is that the seller has achrayus for the chametz. Although accepting achrayus for chametz of a non-Jew that is located on the non-Jew’s property does not generally pose a problem, this may not apply to chametz that had once been on the Jew’s property.

A BUSINESS THAT SERVES, SELLS, OR DEPENDS ON CHAMETZ ON PESACH

A business that utilizes chametz in any aspect of its operations (e.g. a trucking company, a landowner that leases space to Dunkin’ Donuts, or, according to some, a health care facility that serves chametz) is deriving benefit from chametz, which is an issur hana’a. Such cases are described in Halacha as mistacker b’issur hana’a, earning money from an issur hana’a.

A nursing home that purchases chametz during Pesach may have an additional problem utilizing the standard mechiras chametz in that more chametz will be purchased after the mechira. The issue of mistacker, though, may not apply to a nursing home because it can, theoretically at least, operate without serving chametz.

SELLING CHAMETZ THAT CAN BE RETURNED

Suppose a Jew sells chametz to a non-Jew shortly before Pesach with a 30-day return window, and the purchaser, claiming the item is defective, returns it on or after Pesach. The sale is nullified retroactively, leaving the Jew in possession of the chametz during Pesach. In this case, too, the customary sale performed by one’s Rav may have no effect, because the chametz wasn’t birshuso at the time of the mechira.

Whether this is a case of aino birshuso is the subject of a dispute between the Ketzos HaChoshen and the Chasam Sofer.6,7 According to the aforecited view of the Igros Moshe, the prohibition of bal yeira’eh wouldn’t apply if the chametz isn’t birshuso.

Reselling the returned chametz, however, may present a problem of chametz she’avar alav haPesach. Because the matter is contentious, a competent posek should be consulted, or one may utilize the solution offered at the end of this article.

SELLING CHAMETZ ON CONSIGNMENT THROUGH A NON-JEW

In this case, Halacha considers the chametz to be birshuso and it can be sold with the standard mechiras chametz procedure. This is because consignment is similar to an iska, which the Ketzos HaChoshen and Nesivos HaMishpat deem to be birshuso.

The ideal solution for all these issues is to sell the entire business, rather than just the chametz, to a non-Jew. The proper kinyanim must be employed to effectuate the sale, in addition to drafting and executing a legally-binding contract. Since the contract is recognized by dina d’malchusa, it is considered kinyan situmta (industry custom), which is effective even for items that are aino birshuso. This would also allow the owner to continue to operate the business during Pesach—provided that a valid Shabbos/Yom Tov arrangement is in place. This is because the payments he receives are interest from the sale of the business, and he is not deriving hana’a from chametz. To follow this procedure, it may be necessary to execute a legally-binding sales contract, which may not feasible in the context of a standard mechiras chametz.

It should be noted, however, that a secular court might not uphold this contract, and therefore a kinyan sudar is additionally performed.

Even if one does not use this sales contract, there are benefits to listing the company in the standard mechira document.

For more information regarding the sale of business chametz or to execute a specialized business chametz agreement, please call Rav Shmuel Honigwachs at the Bais HaVaad office at 732.276.1309 or email info@thehalachacenter.org.

To sell your personal chametz online go to www.TheHalachaCenter.org/chametz

(sidebar to the paragraph beginning “According to many poskim”)

An item that is lost or stolen remains the property of its owner. Were he to retrieve it, he would not require a kinyan to regain ownership. Nevertheless, it is outside of his control—aino birshuso. The Gemara says that just as one cannot sell, gift, or be makdish something he doesn’t own, he is likewise restricted when the item is his but not birshuso, because his lack of control compromises his ownership.

Does one violate bal yeira’eh uval yimatzei for chametz that isn’t birshuso, like a package that has been handed off irretrievably to the postal service? R’ Moshe maintains that the sender lacks the full measure of possession required to violate bal yeira’eh, even if the chametz remains his until it reaches the buyer. But to the Chazon Ish, ownership per se is sufficient for bal yeira’eh.

THE LAW OF RETURN

(sidebar to the paragraph beginning “Whether this situation”)

The Ketzos writes that the only way something not in one’s physical control can be considered birshuso is when it is being held as a pikadon, in trust, on his behalf. Even if a sale is rendered null and void (e.g., via mekach ta’us), and the buyer is going to return the item, it’s still not in the reshus of the seller—because the buyer is holding it for himself, not for the seller. The Ketzos understands this to be the view of Tosfos, which would place Tosfos at odds with Tosfos Rid and the Ritva. The Chasam Sofer, however, rules in accordance with Tosfos Rid and the Ritva, and he understands Tosfos to hold their view as well.

Adapted from a shiur by HaRav Yosef Greenwald

May one own shares on Pesach in a public company that owns chametz?

At the heart of this issue is the halachic view of corporations and stock ownership, and whether shareholders, who don’t bear personal liability, are considered the owners of corporate assets. These questions were first addressed by 19th century poskim—the Bais Yitzchok, the Rogatchover Gaon, the Mahari Halevi, and the Sho’el Umaishiv—in the context of banking. They considered such questions as whether a depositor earning interest at a corporate-owned bank with Jewish shareholders is considered a malveh b’ribbis.

Melamed L’ho’il discusses at length why corporate-owned chametz with Jewish shareholders isn’t subject to chametz she’avar alav haPesach. Mo’adim Uzmanim, who completely rejects the notion that corporate ownership is distinct from personal ownership, rules that shares of stock in chametz-owning corporations must be sold to a non-Jew along with one’s physical chametz.