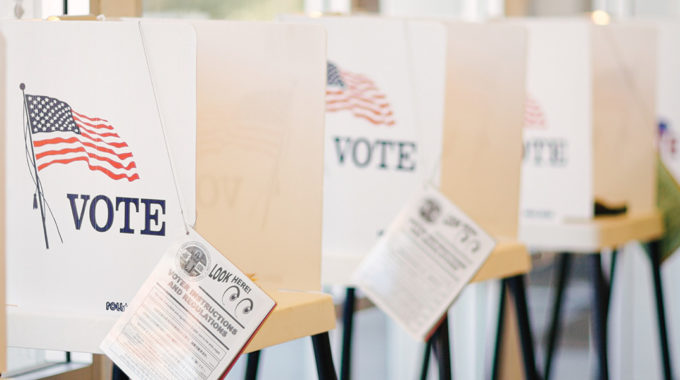 This year is the centennial of the ratification of the Nineteenth Amendment to the United States Constitution, which prohibits the states and the federal government from denying the right to vote to citizens of the United States on the basis of sex. At the time, women’s suffrage was a controversial issue among poskim, as it was in general society. In this article and a follow-up, we survey various rabbinic perspectives on the question from that era.[1]

One of the few gedolim to pen an analysis of the questions of female suffrage and the eligibility of women to hold public office was the great German authority R’ David Zvi Hoffmann. He declared that in his opinion, no objection to women voting can be raised from traditional sources, but it is possible, however, that granting women the franchise might conflict with established custom, and we must therefore make sure to obtain “the consent of the entire community at a time when we are proceeding to alter the rules of society.”[2] R’ Yechiel Yaakov Weinberg declared that as a matter of strict halacha, we follow Rav Hoffmann (a predecessor of his as rector of the Hildesheimer Rabbinical Seminary in Berlin), since “he is a gadol b’hora’ah, and the only one who wrote logical arguments that are based on sources.”[3]

Elsewhere, Rav Weinberg notes that “the rabbanim of Eretz Yisrael, as well as the Chafetz Chaim z”l and the gaon R’ Chaim Ozer z”l and others” forbade female suffrage. He explains that their objections derived from mussar—it is immodest for a woman to involve herself in public and communal matters—as well as various halachic considerations, but that although their arguments are debatable, it is pointless to do so, “since there are deeper reasons” against their enfranchisement.[4]

As noted by Rav Weinberg, one other prominent authority who condoned female suffrage was the Sephardic Chief Rabbi of Israel, R’ Ben-Zion Meir Hai Uziel.[5]

In the United States, the first significant discussion of the question of female suffrage of which I am aware was by R’ Yaakov (Jacob) Levinson, a rabbi in Chicago and later in Brooklyn, in his pamphlet “Shivyon Hanashim Minekudas Hahalacha (Women’s Equality from the Halachic Perspective),” published in the year 5680 (1919-20). The work is primarily concerned with the appointment of women to public positions, but in the course of his analysis, he takes for granted that they may vote, and he makes the puzzling assertion that in Eretz Yisrael, women do have the franchise, and the entire question there is whether they may be elected to public positions.[6]

The question of female suffrage was also taken up by R’ Elazar Meir Preil (R’ Pinchas Teitz’s father-in-law and predecessor as rav in Elizabeth, N.J.). He begins his discussion by noting that “the rabbanim of Eretz Yisrael” have already ruled that women are prohibited to vote, and although they have not explained their reasoning, R’ Chaim of Volozhin has declared that “the elders of the generation are not required to give reasons for their words.”[7]

Rav Preil proceeds to reject the arguments of his friend Rav Levinson, explaining that it is “obvious” that women have no right to vote, since the Sefer Hachinuch limits the mitzvah of appointing a king to men (“for it is for them that such things are appropriate”).[8] Rav Preil further buttresses the disqualification of women with a ruling of the Chasam Sofer that electors—even ordinary citizens serving as such—have the status of dayanim, and eligibility to vote is therefore limited to those eligible to serve as dayanim.[9] Since women are ineligible to serve as dayanim, they are ineligible to vote.[10]

The argument from the Chinuch was actually put forth by one of the “rabbanim of Eretz Yisrael,” R’ Yisrael Zev Mintzberg, a leading Chassidic rav in Yerushalayim, in his Zos Chukas HaTorah, also published in 5680.[11] Subsequent to making this argument, Rav Mintzberg proceeds with a lengthy analysis of whether women’s understanding is “weak” or “clear,” and the level of credibility Chazal assign to them (even in those contexts in which their testimony is acceptable), and ultimately concludes that “since even one hundred women are only considered the equivalent of one man when they are in opposition to a man, and their understanding is weak and easily manipulated, how can their opinions decide elections by contributing to a majority, since their combined opinions are only considered as one?”[12]

[1]Note that we focus here on women voting (“active suffrage”), and only incidentally touch on the related question of women holding public office (“passive suffrage”).

[3]Shu”t Seridei Eish cheilek 2 siman 52 s.v. v’al devar zechus habechirah l’nashim. I am not sure whether Rav Weinberg is referring to the letter of Rav Hoffmann cited above, or some other discussion of his, but in the letter, virtually all of Rav Hoffmann’s detailed analysis is of the question of passive suffrage. Regarding active suffrage, his remarks are limited to what we have cited in the article text.

[7]I was unable to locate the source of this quote.

[8]Sefer Hachinuch mitzvah 497. See Rav Mintzberg’s discussion, cited below, for an exploration of the meaning of this phrase.

[10]Shu”t Hamaor, beginning of siman 55. This argument would deny the right to vote to anyone ineligible to serve as a dayan. R’ Eliezer Gordon of Telz (Teshuvos R’ Eliezer cheilek 1 siman 4) indeed initially invokes it to deny to relatives of a candidate for rabbinic office the right to vote in an election for that office, although he ultimately rules otherwise. (For further discussion of the eligibility of relatives to vote, see Shu”t Divrei Malkiel cheilek 1 siman 36 os 9 and cheilek 4 siman 83 s.v. umah shechosmim.)