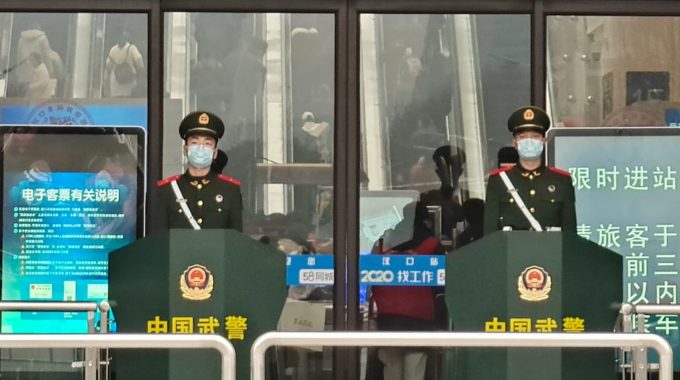 U.S. Secretary of State Mike Pompeo recently announced that there is “significant evidence” that the virus behind the current plague emerged from a Chinese government lab in Wuhan, capital of China’s Hubei province. If this allegation is borne out, would China be liable, under Torah law, for the havoc the plague has unleashed around the world?

In dinei nefashos (capital matters), although a Yisrael is not held accountable by Bais Din for murder by grama (indirect causation), he is certainly morally culpable and will be held to account in the Heavenly Court. But b’nei Noach are liable to punishment even by Bais Din in these circumstances.

But can one be held responsible for economic harm and damage to the health of the populace for releasing a virus? And if so, a further question: The People’s Republic of China holds more than a trillion dollars in U.S. debt. Could the U.S. refuse to pay those obligations, in partial satisfaction of COVID-19-related claims against the country? (We will leave aside the question of whether it would be prudent to jeopardize the now-unassailable credit of the United States and deal only with the question of whether default would be within the country’s rights.)

In this first article in a two-part series, we begin to address these questions.

The Gemara (Sanhedrin 87b) discusses the case of one who intended to kill one person and mistakenly killed another. All agree that the perpetrator is not subject to the death penalty, but there is a dispute between Rebbi and the Chachamim regarding his financial liability. According to the Chachamim, the Torah exacts monetary payment for the death of a person only where one’s animal does the killing (kofer), because the Chachamim’s exegesis of the pasuk in that case excludes payment for man-on-man killings (Bava Kama 26a).

Even according to Rebbi, who maintains that there can be a kofer payment for homicide, it would seem that this is not a payment to compensate the victim but to atone for the perpetrator. This is evident from the fact that the Gemara in Bava Kama entertains the possibility that the value of the kofer that one must pay to the victim’s heirs is his own value rather than the victim’s. This would seem to make no sense if the payment is compensatory.

(Note that kofer applies only in cases of negligence (according to the Chachamim, only when an animal kills, and according to Rebbi, when a person kills as well), not in intentional murder. In that case, there is a prohibition of v’lo sikchu chofer l’nefesh rotzeiach (Bemidbar 35:31), meaning that Bais Din may not accept money from a murderer in atonement for his deed.)

There are other potential differences between kofer and standard (compensatory) payments. One involves the question of whether tefisah (seizure) would be effective today if performed where one man unintentionally killed another. The Rishonim observe that although dinei mamonos (monetary) cases usually require two witnesses, kofer may only require one because it is given only for atonement, just as a single witness is sufficient to oblige a person to bring an offering for violating Shabbos (Rashba and Ra’ah to Bava Kama 41b).

Because only standard monetary compensation can be imposed by Bais Din today, one who unintentionally killed another in a car accident would not be required to pay. However, the Hagahos Ashri (Bava Kama 4:3, cited in the Ketzos Hachoshen to C.M. 410) suggests a novel idea: Although there is nothing the Bais Din can do today to impose punishment on a murderer, intentional or unintentional, if the heirs of the victim impounded money from the killer—by seizing his property or by withholding monies owed him by the victim—they would be allowed to keep it.

This is supported by a comment of Rashi (Bava Metzia 91a) concerning a case where one commits a crime for which he is liable to two punishments, such as burning another’s field on Shabbos. While he would theoretically be subject to death for violating Shabbos and simultaneously liable for financial compensation to the owner of the field, the rule is kam lei bid’rabba minei, he only receives the more severe punishment of death, and the financial obligation is not imposed. Nevertheless, Rashi writes that in such a case, if the owner of the field withheld monies he owed the perpetrator, he would be allowed to keep it, because the obligation to pay still exists, though the Bais Din cannot act upon it. The Hagahos Ashri thus says that the same applies to every case of murder: The murderer should have an obligation within dinei mamonos to compensate the victim for his act, and since the victim is no longer alive, his heirs may be tofes the money from the murderer.

To be continued next week bs”d