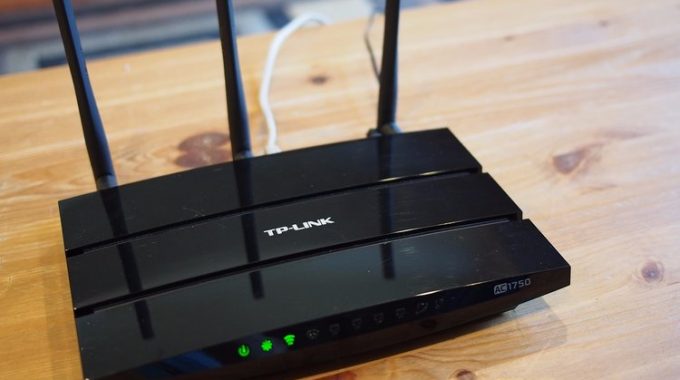 Adapted from a shiur given by Rabbi Zvi Ralbag

In today’s modern world, poskim are often faced with halachic shailos related to technology that did not exist in earlier times. Take, for example, the following commonly asked question: Is it permitted to use a neighbor’s wireless internet connection without permission (for permitted usages of the internet)? On one hand, perhaps since one would usually have to pay for a wireless internet connection, the neighbor whose wireless connection one is using can indeed demand payment. On the other hand, perhaps one can argue that since the neighbor does not lose anything monetarily when another individual uses his wireless, there is no obligation to pay for using it.

Despite the lack of halachic sources that deal directly with wireless internet, there is a sugya in the Gemara that in fact holds the key for answering this shaila, known as zeh neheneh vzeh lo chaser, found in Bava Kamma 20a. The Gemara queries whether one who lives in someone else’s chatzer, or yard (we will refer to a house, which may be a more common case) without the owner’s knowledge or permission (i.e., squatting) must pay the owner for his benefit.

The Gemara then analyzes the specifics of the case: If the house is not usually rented out anyway by the owner, and the one who stayed there wouldn’t have paid money to stay somewhere else during that time had it not been available (he would have slept in a car or outside somewhere), then it is zeh lo neheneh v’zeh lo chaser, one does not benefit, and the other does not lose anything, and there is certainly no question that he is exempt from any payment. The Gemara continues: If the house is usually rented out, and the owner would have rented it to another if not for the presence of this person, then the owner suffers a financial loss, and the person does derive monetary benefit, as he would have spent money to stay elsewhere. It is then a case of zeh neheneh v’zeh chaser, one benefits and the other suffers a loss on his account, and the one staying there would certainly have to pay. The Gemara concludes that the inquiry refers to a case where the house was not intended to be rented out, so the owner doesn’t lose anything, but the one living there does benefit, as he would have paid to stay somewhere else. This is known as a case of zeh neheneh v’zeh lo chaser. Consequently, the question of the Gemara is whether we should say that since the owner didn’t lose anything, the “squatter” is exempt from payment, or perhaps say instead that if benefit is derived, one is obligated to pay, even if no financial loss was involved.

Although the Gemara does not resolve this question conclusively (it is a dispute between numerous amoraim), the Shulchan Aruch (C.M. 363:6) rules that one is patur from paying in a case of zeh neheneh v’zeh lo chaser. What might be the basis for this ruling? Perhaps it can be understood in one of two ways:

A)      There is an obligation to pay only when one takes something from another and thereby causes a loss. However, if no loss is caused, then no obligation exists to pay.

B)      The obligation to pay is determined by the hana’ah, or benefit, derived, as the benefit is worth money. Therefore, we should say that anyone who derives benefit from another should pay, even if no loss is caused. However, instead we invoke the principle of kofin al midas sdom, that if a person does not lose anything, we can force him to forego receiving payment for it.

It would seem from an analysis of Tosafos (s.v. zeh) and other sources that the second explanation may be the accepted one. Tosafos say that in a scenario where someone is living in another’s home without the owner’s knowledge (shelo mida’ato), even if it is usually rented out, the one who benefits is still patur from paying. The reason is that such benefit is only considered damage of gerama, indirect, and does not actually destroy anything. According to Tosafos, therefore, in a case of zeh lo neheneh v’zeh chaser, one does not benefit but the other (the owner) suffers a loss, the one benefiting is still patur.

The problem with Tosafos is that according to this, why does the Gemara state that one is chayav to pay for benefit gained in a case of zeh neheneh v’zeh chaser — isn’t that also a case of gerama? R. Aharon Kotler (Sefer Mishnas Rav Aharon) answers that evidently according to Tosafos, the mechayev, or basis for liability, is not the loss experienced by the owner (in that he could have rented the property out), since that is defined as gerama. Rather, the mechayev is the hana’ah of the one living there — the zeh neheneh, based on explanation B above. The reason, then, why one need not pay in a case of zeh neheneh v’zeh lo chaser is only because the owner does not lose anything, and we apply the principle of kofin al midos sedom and do not allow him to charge. But in a case where the owner does experience a loss and is considered chaser, then we don’t say kofin al midos sedom, due to that loss.

According to this approach that the determining factor is the hana’ah, we can better understand the following halacha mentioned in the Gemara (Bava Kamma 20b) and cited in the Shulchan Aruch: If a person lives in another’s house shelo mida’ato, and the case is one of zeh neheneh v’zeh lo chaser (as described above), but the “squatter” then causes a small amount of damage to the walls, such as they become slightly black, which causes the value of the house to decrease slightly), that is considered a case of chaser for the owner, and the squatter is chayav to pay, even if it is a very small amount.

The Rema then adds (363:7) that in that case, one doesn’t just pay for the small damage done, but rather for the full amount of the hana’ah, i.e., the price of rent for the amount of time spent in the house. But some commentaries question the Rema here: Why should one have to pay the full amount (since if not for the damage, he would have been patur) – shouldn’t it just be limited to the small amount of damage caused? The answer is that according to explanation B, the hana’ah alone is considered the mechayev, but if the owner does not lose anything, then we apply the rule of kofin al midos sedom. However, when there is damage, we certainly would not apply that principle, since he has good reason to not have wanted him there. Therefore, we return to the mechayev of the hana’ah, and one must pay the entire value of the hana’ah received.

This explanation can also help us understand another point mentioned by Tosafos and cited by the Rema (363:6): The exemption in the case of zeh neheneh v’zeh lo chaser applies only when the person lived in the house without the owner’s knowledge. But if he asked the owner first whether he gave him permission to stay there and the owner refused, then if he does so anyway, he is chayav to pay. Now if the basis for the petur of zeh neheneh v’zeh lo chaser is that no damage was caused, then the same should be true in this case as well, and he should not have to pay. But if the explanation is based on the hana’ah, just that we impose the principle of kofin, then this halacha is logical: We only apply the rule of kofin after the fact, but if the owner does not give permission before the person lives in his house, and he has a good reason why he does not want to allow him to do so, then we would return to the factor of the hana’ah and one would pay for the entire value of the benefit derived.

Based on this analysis of the sources relating to zeh neheneh v’zeh lo chaser, we can now return to our original question concerning using another’s wireless internet connection. It would seem that we can divide the question into two:

A)      If the person requests permission beforehand

B)       If he didn’t request permission beforehand

In case A, if the one with the connection refuses to allow the other to use it because it might slow him down, then this would be similar to the case in Tosafos and the Rema where the person benefiting must pay the full value of the benefit, which would be equivalent of the price for the internet connection. According to our understanding, we would not apply kofin al midas sedom here since he has a valid reason for not wanting his neighbor to use the connection – it might slow down his usage of the internet.

In case B, where he didn’t ask permission beforehand, then it may depend on the question of whether a loss of any type was incurred. If the internet was being used at a time when clearly the one with the connection was not using it, and therefore it did not inconvenience him in any way, then we should apply the standard rules of zeh neheneh v’zeh lo chaser, and he would not have to pay for the use. But if the wireless is being used at a time that he may be using it also, it may be considered a case of zeh neheneh v’zeh chaser, since the neighbor’s usage may slow down the use of the one who owns the connection (e.g., he is downloading large files or apps). Therefore, one would have to pay for the usage. The amount required to pay though may depend on which explanation for zeh neheneh v’zeh lo chaser we adopt: According to explanation A, that the damage is the determining factor, then he need only pay a small amount, since the damage caused was only that it took a few minutes more to complete whatever tasks he wished to perform using the internet moving more slowly. This, in effect, may boil down to paying the difference between the cost of a fast-speed internet vs. a slow-speed internet. According to explanation B that the chiyuv is based on the hana’ah but the petur is imposed based on kofin al midas sedom, then it would seem that when there is a loss (such as the internet moving more slowly), one should pay the value of the entire hana’ah, which would be the full price of purchasing a wireless connection for that month.