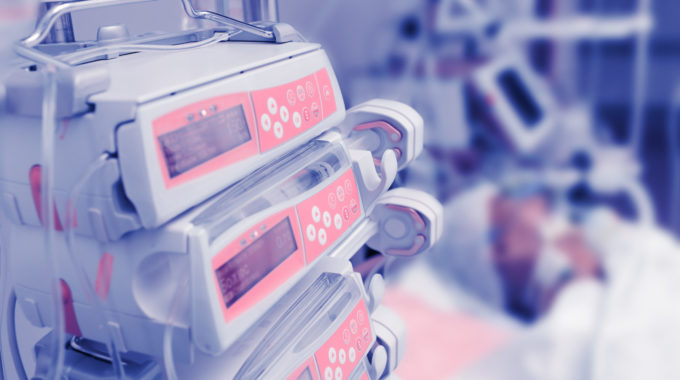 The world has recently been gripped by the heartbreaking saga of Alta Fixsler, a two-year-old Orthodox Jewish girl who sustained severe brain damage during her birth, whose doctors at England’s Royal Manchester Children’s Hospital have decided to remove her from life support—against her family’s will and in violation of their religious convictions. In May, a British High Court endorsed this decision, asserting that it is in Alta’s best interests because she has “no prospect” of recovery or ever feeling pleasure. On July 9, an appellate court refused the family’s request to appeal the decision and affirmed its correctness, citing Alta’s experience of pain and the likelihood that it would increase; the additional burden that the continuation of treatment would impose upon her; and her minimal awareness, due to her condition, of family and social relationships, and her diminished or absent ability to take comfort or pleasure from those who love her or are around her.[1]

Three years ago, we discussed in this forum the similar case of (non-Jewish) Alfie Evans, and we considered the question of who has the ultimate authority over a child, his parents or bais din. In this article, we consider the fundamental question of when it is legitimate to take into account an ailing individual’s “quality of life” and the pain and suffering he is experiencing when deciding whether to allow him to die. (It goes without saying that this question is extremely complex, with the highest of stakes on both sides, and we seek only to outline some of its basic contours.)

There are numerous sources in the Gemara[2] and later halachic authorities that indicate that the preservation of life, although of very great importance, is not an absolute imperative. R’ Yehuda Hachassid rules that at least in some contexts, “we do not cause someone to not die swiftly,” and at least with regard to a goseis (one whose death is imminent),[3] even active measures may be taken to eliminate a factor that is delaying death.[4] This position is codified by the Rama, who explains: “This is not considered an action [that causes death] at all, but merely the removal of an impediment [to death].”[5]

In this article, we consider various rulings of R’ Shlomo Zalman Auerbach regarding the withholding of medical treatment and life support from the terminally ill and suffering; in a subsequent article, we shall, im yirtzeh Hashem, consider the opinions of some other poskim on this topic.

R’ Shlomo Zalman is reported to have distinguished between treatments that satisfy the natural needs of the patient, or are considered routine, on the one hand, and non-routine treatment on the other. Thus, a patient whose cancer has spread throughout his body and has left him close to death must still be provided oxygen and nutrition, and a diabetic, insulin, as well as any necessary medications like antibiotics, despite the fact that he is experiencing severe pain and suffering. On the other hand, there is absolutely no obligation to actively treat such a patient

when the treatments themselves will cause him additional suffering beyond that which he is already experiencing, when the treatment is outside the routine and where there is no hope of curing the fundamental illness, but only of extending his life to some extent, particularly if the patient does not consent, due to the severe pain or great suffering.[6]

Elsewhere, however, R’ Shlomo Zalman adds that although he maintains that it is permitted to accede to the refusal of a goseis patient who is experiencing great pain and suffering (or even very severe mental anguish) to take medicines that will cause him further suffering, nevertheless, if the patient is one who fears Heaven and has not lost possession of his faculties, it is very desirable to explain to him that “one hour of repentance in this world is preferable to all the life of the World to Come.”[7]

With regard to a patient suffering from amyotrophic lateral sclerosis (ALS) who is experiencing recurring respiratory infections (a common complication of the disease), R’ Shlomo Zalman ruled that oral antibiotics should be administered, but with regard to injections and other painful treatments, the patient, if lucid and responsive, should be consulted, and if he declines such treatments, perhaps his wishes should be followed. When paralysis spreads to the lungs, at which point the patient will die unless connected to a ventilator, R’ Shlomo Zalman ruled that it is permitted to refrain from connecting him to a ventilator.[8]

JTA and TOI staff. Fate of hospitalized British Jewish toddler to be decided Wednesday. The Times of Israel. https://www.timesofisrael.com/fate-of-hospitalized-british-jewish-toddler-to-be-decided-wednesday/.