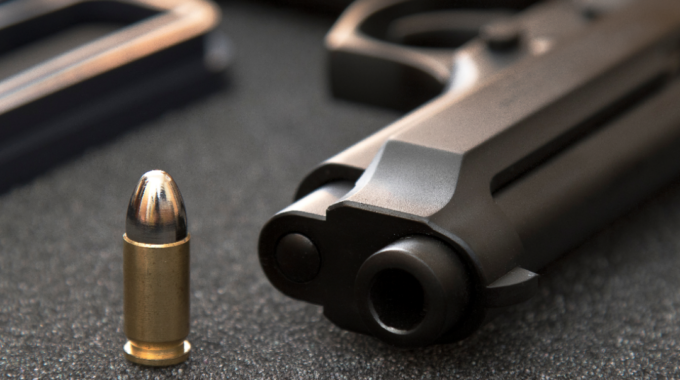 Several months ago, we noted having heard that in reaction to the current social and political climate, some Orthodox Jews have begun carrying firearms for protection.[1] Gun ownership introduces the potential for fatal accidents; while such accidents are fairly uncommon, with economics professor Steven D. Levitt famously arguing that “a swimming pool is 100 times more deadly” than a gun,[2] they do result in hundreds of deaths per year in the United States.[3] In particularly tragic news, accidental gunshot deaths by children handling a gun jumped 31% during the start of the COVID-19 pandemic compared to a year earlier. The reasons for this are unclear, but they likely involve societal and personal reactions to the pandemic, including lockdowns and a reported surge in first-time gun ownership.[4]

In this article, we consider some of the earliest halachic responsa dealing with firearms, which discuss the moral liability of someone who accidentally kills someone else while handling them.

The Rama was asked about a man who held a loaded “implement of destruction called a büchse (rifle),” and wished to empty it by firing it toward the sky, but somehow wound up fatally shooting his young attendant. Responding to the man’s request for guidance regarding the appropriate penance for his act, the Rama rules that the homicide is not really the man’s fault: His act is not even considered shogeig (accidental but negligent), but virtually oness (beyond one’s control). Therefore, he says, the forms of penance established by the Rokeiach (the codifier of formal courses of penance for various serious sins) do not apply, because they are only intended for rebellious or negligent sinners who repent, not for those who were shogeig or oness.

Nevertheless, the Rama concludes, the perpetrator should be concerned for his soul and do thorough teshuvah including vidui, and he should undertake some penance, including: exile for a year, becoming a wanderer and not sleeping two nights in the same place; fasting from that day until after Yom Kippur, except for the days on which tachanun is omitted; recitation of vidui morning and evening for a full year; and observance of the anniversary as a perpetual day of fasting and weeping and the recitation of vidui and supplications, as on the yahrzeit of a parent. (The Rama notes that we should not be too stringent with the perpetrator, in order to encourage ba’alei teshuvah!) Once he completes his repentance, it is prohibited to remind him of the incident due to the prohibition against ona’as devarim, and he himself should not mention it except in the course of vidui.[5]

The Panim Me’iros also discusses an accidental homicide caused by a büchse. In his case, the gun seemed to have contained no pulver (black powder), and people were playing with the flintlock mechanism and causing it to emit sparks by the action of the flint striking the frizzen. Someone tried to see if he could perform this trick as well, but he somehow managed to cause an explosion of “the little pellets of lead that are called schrot (shot)” in all directions, causing someone a severe injury. The victim succumbed to his wounds a couple of days later.

The Gemara says that the requirement of exile (galus) for involuntary manslaughter (rotzeiach beshogeig) does not apply where the victim did not die right away and his assailant may not have been the sole cause of his death, as “perhaps the wind made him senseless” or perhaps he hastened his own death (through his convulsions and death throes).[6] The Panim Me’iros cites a dispute between the Rambam and the Ra’avad about the application of this rule. The Ra’avad says it is limited to the particular context in which it appears—where the victim’s throat was cut—but the Rambam extends it to any case of involuntary manslaughter.[7]

The Panim Me’iros initially suggests that the halacha in his case would hinge upon this dispute, but he ultimately concludes that the perpetrator in his case was not at fault, because nothing had happened all the previous times when the flintlock mechanism had been activated, and “in the vast majority of cases, it is impossible for the shot pellets to be expelled without the powder that is placed in the [flash] pan near the [touch] hole in the barrel.”

Like the Rama, the Panim Me’iros asserts that the Rokeiach’s prescription of exile and not sleeping for two nights in the same place as penance for murder, is limited to deliberate homicide (meizid gamur). He adds that even a true rotzeiach beshogeig, who is obligated in the Biblical form of exile (galus), is merely required to leave his home and not return to his family until the death of the kohen gadol, but he is not condemned to the perpetual wandering discussed by the Rokeiach.

Although the Rama did ultimately recommend a form of such penance for the perpetrator in his case, the Panim Me’iros says that shooter may be different. The Rama may have considered him to have been somewhat at fault, because a weaker person may be unable to control a firearm during discharge, and the gunpowder blast may turn the weapon in an unintended direction. (Perhaps he is referring to angular momentum recoil.) But in his case, the Panim Me’iros argues, the perpetrator was not at fault at all. In addition to the reasons mentioned above, the gunman did not even realize that the gun contained shot, and the weapon was not pointed at the victim at all (as opposed to the Rama’s case, where during its firing, the weapon apparently wound up turning toward the victim), but the shot was somehow expelled in all directions. Additionally, the victim lived and was lucid for forty-eight hours, so according to the Rambam, there is no liability for manslaughter. Further, it is possible that the medical treatment and medication that the victim received may have actually hastened his death.

In light of the above, the Panim Me’iros concludes with the prescription of twice-daily tearful vidui, the perpetual commemoration of the anniversary of the incident with fasting and weeping, and the recitation of vidui and supplications—but not any form of exile.[8]

[2]Op-ed piece on swimming pools vs. guns as the most dangerous weapon, and cf. How to Think About Guns (Ep. 114): Full Transcript. For an alternate perspective, see No, Swimming Pools Are Not More Dangerous Than Guns.

[3]2020 Accidental Gun Death Statistics in the US.