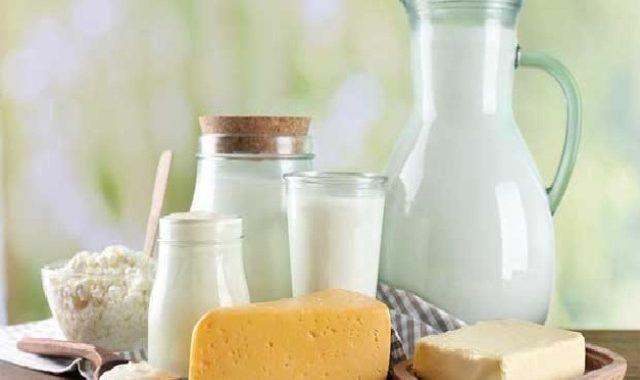 The Gemara (Chullin 114a) relates that one who eats beef that was cooked with “mei chalav” (milk-water) did not violate a Torah prohibition.  The Rosh (Chullin 8:51) explains that this is because the Torah only forbids cooking meat with milk if the milk is in the form it came from the cow, i.e., if it contains the milk solids.  There is a discussion in Shulchan Aruch (YD87:8) as to the exact definition of mei chalav.  Some define it as whey. (Whey is a liquid by product of cheese, which separates when the milk is curdled.  Liquid whey is rich in two elements: a) whey protein solids, and b) lactose, which is a sugar.)  According to this opinion, on a Torah level, whey would be considered pareve, but it would still be forbidden to mix whey and meat as a matter of Rabbinic decree.  However, the Rosh writes that whey must be categorized like regular milk, since it still contains some milk solids.  According to the Rosh, it cannot be considered mei chalav until all solids have been removed from the liquid.  After extracting the protein solids, the remaining liquid is known as whey permeate.  If the water component of whey permeate is evaporating, the remaining powder is lactose.  There is no Biblical prohibition to eat meat cooked with whey permeate or lactose, though it is forbidden on a Rabbinic level.

We have previously seen that the Torah prohibition of cooking meat and dairy does not apply to mei chalav, which would include lactose.  However, on a Rabbinic level lactose is still considered dairy.  Does this Rabbinic law prohibit only eating lactose cooked with meat or does it prohibit deriving benefit, as well?  In general, one may cook and derive benefit from a mixture of basar b’chalav (milk and meat) which is not Biblically restricted from consumption (Rema YD 87:1).  As such the Aruch Hashulchan (87:27) and Yad Yehuda (87:10) permit deriving benefit from meat that was cooked with lactose, since lactose and meat are only Rabbinically proscribed.  However, the Tiferes L’Moshe (YD87:6 and cited by Rabbi Akiva Eiger) maintain that language of the Rambam and Shulchan Aruch implies that one may not benefit from mei chalav (whey permeate or lactose) cooked with meat.  He explains that the Rabbis were especially stringent regarding mei chalav, because it can easily be confused with milk since it is a milk derivative.  Rabbi Akiva Eger (YD 87:6) questions this ruling and leaves the matter undecided.

The shampoo is fine.  Although, as the name implies, lactic acid can theoretically be milk-derived, in practice, commercially manufactured lactic acid is pareve, as it is made by sugar fermentation.  Furthermore, because the lactic acid is added to shampoo and is made inedible, it would not be subject to the prohibition of basar b’chalav.  Shulchan Aruch (YD 95:4) writes that if one added a lot of ash (or soap) to a pot of boiling water and then placed dirty milchig and fleishig utensils in the pot, not only could one benefit from the water, but the utensils would remain kosher as well.  The ash would make the water undrinkable, and it would not be subject to the prohibition of basar b’chalav.  The same would apply here as well.  Even if the stearates were animal derived and the shampoo contained dairy as well, it would still be permitted because the shampoo is inedible.