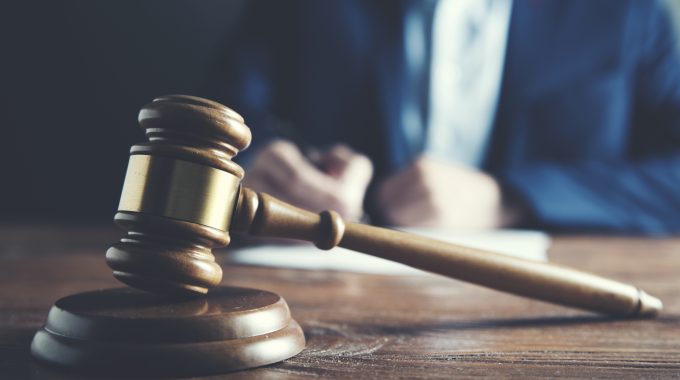 The Jewish settlers of Ammona in the West bank were shocked by the recent ruling of the Israeli Supreme Court that they are to be evicted by the 25th of December.

The settlement was founded many years ago by the Israeli government, the settlers being encouraged and financially supported to move by the State. Over the years it was discovered that while it was thought that the land was the property of the State, in fact it was privately owned, making the settlers unwittingly into thieves.

All efforts to financially appease the legal owners failed, and the Israeli Knesset is trying to pass a law that in any such case, where a settlement was built unintentionally on the land of another, the owner, while receiving handsome financial compensation, must give up his land.

The law is receiving tough opposition both in the Knesset and from the legal profession who claim the law is illegal, as it permits the theft of land, and are refusing to defend such a law in the Supreme Court.

In this article, I will examine how Jewish monetary law relates to the eviction of these settlers and the proposed law.

The Shulchan Aruch rules (Choshen Mishpat 371:1) that real estate can never be stolen. Even if it was sold a thousand times over and the owner gave up all hope of retrieval, nevertheless the land itself must be returned to its original owner (besides for certain exceptional cases) without the owner having to pay any compensation to the buyer. The last buyer in the chain reclaims his money from the person who sold to him, and so on, until the party who bought the land from the thief must find the thief in order to get his money back.

It would therefore seem that the settlers of Ammona, who received the land from the State of Israel, that did not know that it was privately owned, must return the land, and may claim compensation from the State.

However, we find that the Shulchan Aruch rules (Choshen Mishpat 360:1) that our sages made a special enactment to help a thief repent (takanas hashavim).

According to the strict letter of the law, where a thief stole a large beam and used it to support a building, since the beam is in the same condition that it was when stolen, the thief must demolish the whole building to return the beam to its owner, and cannot just pay the owner its value. Our sages, worried that the thief would refrain from repentance because of the large loss he will suffer, enacted that he can return the monetary value of the beam.

The Rama rules that this only applies to stolen moveable property, but not to stolen real estate, concluding that where land was stolen, any buildings built on that land must be demolished, and the land returned to its owner.

The reason why this enactment does not apply to land, explains the Sma, is because the owner of land is usually either registered or well-known to all, and the builder should have been able to check if it was stolen, but did not do so, and therefore deserves no protection, while in the case of stolen moveable property, such a check is not generally feasible.

The Levush gives a different reason, explaining that in the case of moveable property, the thief could easily hide it and not repent to save himself from the great expense of demolishing his building, while with land he cannot, and therefore the enactment was not required.

The Ma’abit (vol.3 ch.143) claims that where land was stolen unintentionally it could be that the enactment applies. However, the Mishnah l’Melech disagrees.

The Shaar Hamishpat has a different approach to this question.

The Gemara (Baba Kama 81b) tells us that Rav Yochanan ben Baroka says that there is a special condition that bais din made which applies to all such cases.

The condition, as illustrated by the following case, is as follows:

We see from here a tremendously important principle in Jewish monetary law. Even though it is the right of the wine owner to refuse to throw out his wine, since by doing so he can save his fellow from a substantial loss, he is obligated to do so.

The application of this principle to the settlers of Ammona is clear. It would mean that bais din would obligate the original owners of the land to accept financial compensation in order to prevent the eviction of hundreds of people from their homes.

Whether or not this principle is the halacha, however, is disputed. The Rambam omits this principle, and so does the Shulchan Aruch, who usually rules like the Rambam in cases of monetary law.

In all cases of halachic disagreement in Jewish monetary law, it is the party in possession who has the upper hand and can claim that the halacha is in accordance with the opinion that favors him (kim li).

To conclude, the reader can see that the Torah has a more compassionate approach to the eviction of settlers who mistakenly settled, built on and developed the land of another, and the proposed law which is under so much criticism as being against international law and morally wrong does have a basis in Jewish monetary law.

All those who are fighting for righteousness should take a look at the writings of the people who taught the world not to steal, and whose Divine laws take into account the suffering that could be caused by following the strict letter of the law and obligates a fair compromise.