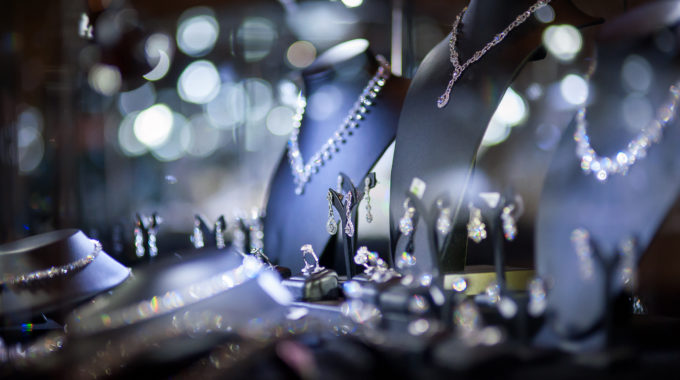 Part 1: Who is responsible for stolen collateral?

I was recently walking in Midtown Manhattan and I passed by a famous bank. Outside of the bank was a glass display case with a beautiful collection of jewelry, including necklaces, watches and earrings that were obviously worth millions of dollars. I discovered that the jewelry was actually the crown jewels of a European royal family.  The country was suffering from financial difficulties and they had given their crown jewels to the bank as collateral against a loan. The bank was promoting this prestigious transaction by showcasing the crown jewels.

While it may not be as common nowadays, in previous generations when people were very poor, they would go to the pawn shop to obtain money. It was common practice to give the pawn shop a valuable object as collateral, the mashken, in exchange for a loan. The customer then had a set time to pay back that loan and get back the object.

Who has ownership of the collateral?

What is the halachic status of a mashken that is stolen? If there is a blackout and the collateral is taken, must it be paid back?

The pawnbroker may be considered a shomer sachar, a paid guard of the item. If he is a paid shomer, then he would be obligated for geneiva or aveida if the item was stolen or lost.

But this extreme case of a blackout is considered an ones, beyond the regular confines of gneiva and aveida. There is nothing you can do to prevent a blackout. In the case of an ones, an accident, the pawnbroker is patur, and he can collect payment for the debt. The loss of the collateral item is incurred by the original owner, and not the one who was holding on to the mashken.

The Gemara in Shevuos, Daf 44, brings a famous memreh which is found in five places in Shas.

R’ Yitzchok says that a person who returns collateral in a timely fashion, is considered as if he has given him the gift of tzedaka.

The Gemora raises the question, as to what is the halachic status of the collateral, to whom does it belong? If it is not the property of the malveh, why is it considered as giving tzedaka, when he returns it to the loveh? Apparently, concludes the Gemora, the malveh has some rights to the object, that he should not have to return it and thus it is considered an act of charity when he does return it.

It is important to understand the parameters of Kinyon Mashkon. What right does the lender have over a collateral object?  The Gemara discusses a mashkon, a collateral object, in terms of a Shomer Sachar and in comparison to the Shomer Aveida.

The timing of giving the mashkon can make an essential difference in the areas of responsibility.

A mashkon at the time of the loan is not being taken as a form of payment. The collateral is meant to ensure that the borrower has an incentive to pay back the money in time. When the borrower gives up an important object, he’ll make sure to pay back his debt. And if he does not pay back the loan, at least the lender will have something to show for the money which he loaned out.

A mashkon which is given later on, shelo b’shaas halvaah, has a different status. In this case, the debt has existed for a while and the lender sees that he’s not getting his money back. So he asks the debtor for an object of value.  It may not be worth as much as the debt, but at least it’s something the lender can have in hand. Then, when the debt is repaid, the lender will return the mashkon.

In the Halacha L’maaseh of ownership of collateral, there is a machlokes between the Rambam and Ra’avad.

The Rambam’s designation as a Shomer Sachar

The Rambam in Hilchos Schiros, Perek 10, paskens like the Rif. He says that the din of Baal Chov Koneh Mashkon is accepted L’halacha, but nevertheless, the collateral is considered owned by the debtor.  According to the Rambam, the collateral is owned by the debtor in both cases, “bein b’shaas halvaah, bein shelo b’shaas halvaah,” whether the object was given during the time of the lending or not.

Both of these types of mashkon have the halacha of a lender who acquires a mashkon to be a shomer sachar.  Therefore, the Rambam paskens that if the collateral is taken away in an ones, in a situation where he has no control, the loss is absorbed by the borrower, the actual owner of the collateral. The lender is no more than a shomer sachar. If the item were stolen, the lender would bear some responsibility. But in the case of an ones, the responsibility lies solely with the debtor.

The Ra’avad distinguishes based on timing

The Ra’avad disagrees. He differentiates between the two types of collateral, depending on when they were given.

According to the Ra’avad, only a mashken b’shaas halvaah, collateral given at the time of the loan, is compared to a shomer sachar.

But if the debtor gives collateral later on, the Ra’avad views the mashkon shelo b’shaas halvaah as a partial payment. The lender sees that the debt is not being paid, so he takes an object. He is seizing payment for the debt. It may not be the whole amount that he is owed, it could be partial payment. Of course, the lender would prefer cash, but for now he takes what he can get.

Taking the mashkon after the debt is due is really a form of govineh, which will be a partial or full payment depending on the worth of the mashkon. The borrower has the ability to redeem the object with money or property. But for now, it is considered that the lender has collected his debt.

Once the lender has collected his debt, then the mashkon belongs to him. The collateral is considered a kinyon, and the lender is chayiv b’onsim. If the object is lost b’ones, the loss is incurred by the lender, because he has acquired the item by collecting against the debt.

Let us revisit the example of a bank holding the crown jewels as collateral. If those jewels are stolen, is the bank responsible? The jewels were taken during an ones, a circumstance beyond their control.

According to the Rambam, regardless of what type of mashkon it was, the bank is not responsible to bear the loss. The bank is considered a shomer sachar, and the loss is incurred by the royal family.

However, according to the Ra’avad, the halacha depends on what type of mashkon it was. If the crown jewels were taken after the loan was made, then they are considered like a form of payment. In this case, the loss is incurred by the bank.