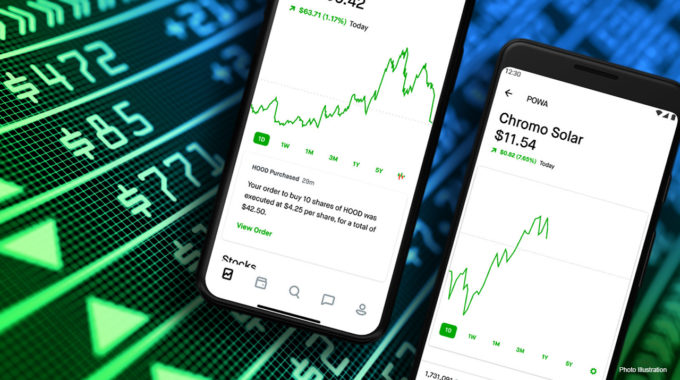 One of the most controversial events in the GameStop saga was the decision by the Robinhood trading platform (followed by other brokerages) to halt purchases of GameStop (along with several other “meme” stocks), resulting in dozens of lawsuits, with the first accusing Robinhood of “purposefully, willfully, and knowingly removing the stock ‘GME’ from its trading platform in the midst of an unprecedented stock rise thereby deprived (sic) retail investors of the ability to invest in the open market.”

Although various apparently confused critics of Robinhood and the stock market system in general claimed that Robinhood “stole” from them and that its decision somehow indicated that “On trading apps and platforms like Robinhood, the stock you think you own is not actually yours,” it is crucial to understand that Robinhood apparently never prevented anyone from selling any securities he owned, but merely refused to accept purchase orders for certain securities. In this article, we consider the halachic consequences of the failure of an agent to fulfill a commitment made to his principal to purchase something on his behalf (though Robinhood apparently did not fail to execute purchase orders that it accepted, but merely refused to accept new purchase orders).

One who gives money to his agent to purchase specific[1] merchandise for him, and he does not purchase it, he has nothing more than complaints (tar’umos) against him (i.e., valid complaints but no actionable claim).[2]

This is based on a Tosefta[3] that is widely accepted by the Rishonim.[4] The Yerushalmi cites this Tosefta, and infers from it the famous principle that

One who causes the assets of another to be unproductive (hamevatel kiso shel chaveiro), [the victim] has nothing more than tar’umos against him.[5]

The Nesivos Hamishpat, however, argues that the lack of liability for failing to execute a commission is limited to an unpaid agent (since an unpaid employee or agent has the right to renege on his commitment), but a paid agent is indeed liable.[6] This is based on the important and far-reaching doctrine articulated by the Ritva (who calls it a “great law”)[7] that the halachic concept of arvus (guarantorship) includes a general cause of action for reliance damages: If a promisor makes a promise to a promisee, and the promisee relies upon it and thereby suffers damage (“detrimental reliance”), the promisor is liable even in the absence of an explicit stipulation to this effect. (This is strikingly similar to the common law, under which reliance damages can be awarded for a claim of promissory estoppel.)

But while the Nesivos in several places in his work,[8] as well as several other Acharonim,[9] accept the Ritva’s doctrine as normative, with the Chasam Sofer going so far as to declare that in his opinion “all the poskim” accept the doctrine,[10] many, perhaps most, Acharonim vigorously dispute this, arguing that many earlier poskim either explicitly or implicitly reject the doctrine.[11] Some point out that the unqualified language of the Shulchan Aruch (cited above) and the poskim asserting that an agent is not liable for failing to execute his commission implies a rejection of the concept of reliance damages,[12] and others retort in bafflement to the Chasam Sofer’s claim that “as a matter of halacha, no one will disagree with the Ritva” that on the contrary, “from virtually all Rishonim it is clear” that there is no liability for detrimental reliance in the absence of an explicit stipulation to that effect.[13] Even the Chasam Sofer himself concedes that the matter is not entirely clear-cut: “Still, since I did not find this [that all the poskim agree with the Ritva] stated explicitly, and in the Mordechai…it does not entirely seem this way, therefore, when such a case shall come before me I shall try to arrange for compromise and settlement.”

Even those who do accept the Ritva’s doctrine of reliance damages limit it to where the promisor was definitely able to carry out his promise and his causation of injury is established with certainty. While the Chasam Sofer himself apparently includes in this category a promisor who causes the promisee to miss an opportunity to engage in what turns out to have been a profitable business venture, the Nachalas Tzvi rejects this.

In the next entry in this series, we shall iy”H continue this discussion and consider the application of these halachos to a broker who fails to execute a client’s purchase order.

[8]In addition to the aforementioned citation, see siman 176 biurim s.k. 31; siman 304 biurim s.k. 2; and siman 306 biurim s.k. 6. Strangely, however, in siman 333 biurim s.k. 3 the Nesivos does not invoke the Ritva’s doctrine, despite the fact that the Ritva himself explicitly applies it in the very context under discussion there (of an employee who reneges on his commitment to work and thereby causes his employer a loss)!