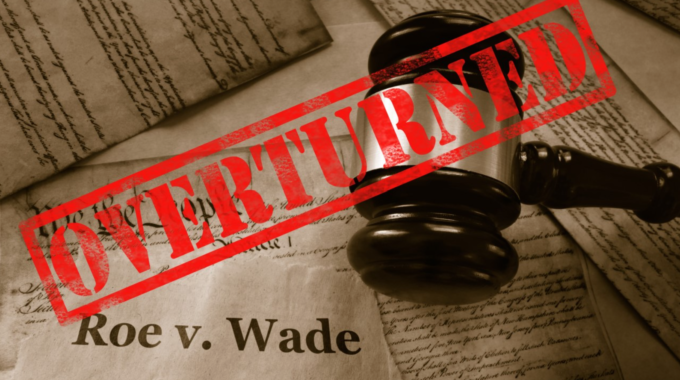 In U.S. Supreme Court Justice Samuel Alito’s majority opinion in Dobbs. v. Jackson Women’s Health Organization (the Supreme Court’s recent historic ruling overturning Roe v. Wade and Planned Parenthood v. Casey), he discusses when the principle of stare decisis (“to stand by things decided,” the doctrine that says courts should adhere to precedent in making their decisions)[1] should apply, and when it should not:

Stare decisis plays an important role in our case law, and we have explained that it serves many valuable ends. It protects the interests of those who have taken action in reliance on a past decision…It “reduces incentives for challenging settled precedents, saving parties and courts the expense of endless relitigation.” …It fosters “evenhanded” decisionmaking by requiring that like cases be decided in a like manner…It “contributes to the actual and perceived integrity of the judicial process.” …And it restrains judicial hubris and reminds us to respect the judgment of those who have grappled with important questions in the past. “Precedent is a way of accumulating and passing down the learning of past generations, a font of established wisdom richer than what can be found in any single judge or panel of judges…”

We have long recognized, however, that stare decisis is “not an inexorable command.” …It has been said that it is sometimes more important that an issue “‘be settled than that it be settled right.’” …But when it comes to the interpretation of the Constitution—the “great charter of our liberties,” which was meant “to endure through a long lapse of ages”…we place a high value on having the matter “settled right.” In addition, when one of our constitutional decisions goes astray, the country is usually stuck with the bad decision unless we correct our own mistake. An erroneous constitutional decision can be fixed by amending the Constitution, but our Constitution is notoriously hard to amend…Therefore, in appropriate circumstances we must be willing to reconsider and, if necessary, overrule constitutional decisions.

This article explores several halachic principles that demand deference, in certain contexts, to precedents of various sorts—sometimes even where a later authority believes that an earlier authority decided the question wrongly, or that the established custom is less than ideal—for a variety of reasons. Note that the rules governing the application of these principles are complex and nuanced; in this article, we shall focus primarily on the basic formulation of the principles and the rationales given for them by the poskim, and touch only briefly on their scope and application.

A chacham that forbade

There are various ramifications of this divergence. An important one is whether it applies in the opposite direction: If one posek deems a matter permitted, may another deem it forbidden? Rishonim disagree about this, and the Shach notes that it would seem to follow from the first rationale that this is allowed.[4]

A court does not examine another court

The Gemara declares that “a court does not examine another court.”[5] As we have previously discussed, while in context this appears as a merely descriptive statement, that a court does not typically review a decision of another court—and some Acharonim indeed suggest this interpretation—the preponderance of early halachic invocations of this principle apparently understands it as prescriptive, that a court should not review a decision of an earlier court.[6] Various Rishonim assert, with or without mentioning the principle, versions of a rule that a court or halachic authority should not reconsider a civil matter already handled by a previous court,[7] and just as with the previous principle regarding rulings on ritual matters, different rationales are offered for this one concerning civil matters:

R’ Chaim Palagi maintains that the principle that a court does not examine another court means only that a second court should give the first court the benefit of the doubt and assume, absent evidence to the contrary, that the first court decided the matter correctly. But if it reviews the first court’s decision and determines that it was wrong, it may overturn the decision.[10]

The Gemara indicates that the introduction of a novel stringency in the area of gittin is prohibited, because this will cast aspersions on earlier gittin.[11] Some authorities maintain that the realm of gittin is unlike most areas of halacha, because the aspersions will attach to any descendants born of unions that follow the issuance of gittin in which the novel stringency was not observed.[12] Many poskim, however, make no such distinction,[13] and various authorities have brought up the concern for the casting of aspersions as an argument against the imposition of stricter halachic standards than were followed by earlier generations in a variety of contexts, including those of eruvin[14] and the checking of produce for insect infestation.[15]