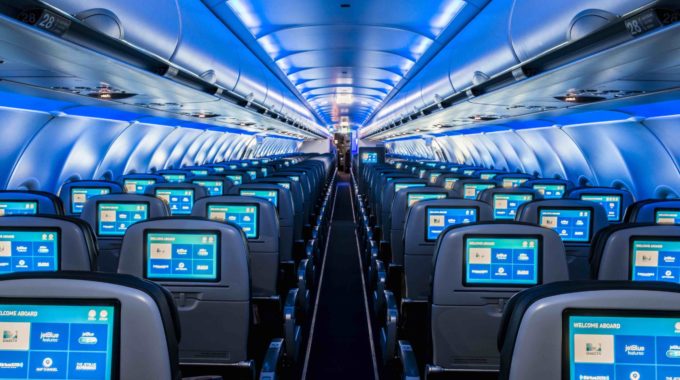 What may the public demand of the individual in the name of safety?

Recently, a frum woman made headlines for a confrontation she had with JetBlue flight attendants over the refusal of her two-year-old daughter to wear a face mask and the attendants’ subsequent demand that her family get off the plane. The incident ultimately resulted in all the passengers being ordered to temporarily deplane. In this case, apparently, many of the other passengers sided with the woman, but in this article we consider the right of members of the public to object to the behavior of individuals that they believe to be dangerous to them.

Several months ago, we briefly mentioned R’ Chaim Palagi’s discussion of a doctor who wished to attend shul while treating patients infected with a contagious disease, against the objections of other members of the shul who feared the doctor would infect them. Rav Palagi rules in favor of the objectors, based on the principle that “a person has a greater responsibility to avoid harming others than to avoid being harmed.”[1] Consequently, it is the responsibility of the doctor to avoid infecting others, rather than the responsibility of the members of the shul to avoid infection, and the doctor must therefore either avoid the shul or erect a partition that will prevent the other members from coming into contact with him.[2]

In that case, however, it appears that the likelihood that the doctor was infected and contagious was significant, since he was actively engaged in the treatment of infected patients. This is unlike our case, where the likelihood of a random individual being currently infected with COVID-19 is presumably fairly low.

R’ Moshe Feinstein ruled in 5741 (1980) that those who frequent a shul or bais midrash have the right to object to others smoking cigarettes there, since even if there would be no concern of danger or serious illness, it is still the case that the smoke causes them substantial distress and even actual harm. R’ Moshe’s basic perspective is similar to Rav Palagi’s: It is one’s own responsibility to avoid causing harm to others, even indirectly (grama). R’ Shmuel Wosner also declares emphatically that “chalilah to smoke in public places, since even the smell itself is harmful, as has been established via (scientific) investigation.”[3]

Once again, however, we are dealing with the clear and concrete causation of distress and harm to others, and not merely with conduct that has a low, albeit nonzero, probability of such causation. On the other hand, perhaps since most experts believe that mask-wearing does significantly reduce the spread of the coronavirus, we do not look at the consequences of any particular instance of not wearing a mask, but at the likely cumulative effect of a large-scale failure to wear masks. After all, with regard to secondhand smoke as well, it is chronic exposure that is generally believed to be harmful, and a single session of exposure is unlikely to cause any significant harm.

R’ Yosef Shalom Elyashiv (also in 5741) took a very different position on smoking in public: Despite the fact that contemporary physicians had established that (secondhand) cigarette smoke has “undesirable” consequences, and can be a “serious cause” of certain illnesses, this information was not yet well known and had not yet become widely assimilated, and since many people smoke from youth to old age and are nevertheless in excellent health, smoking falls within the category of “Hashem protects the simple.”[4] Mask wearing may be arguably similar, in light of the controversy (justified or not) that has surrounded it.

Nothing to fear but fear itself

R’ Yitzchok Zilberstein, discussing people who object to their neighbor’s installation of a cellular antenna on his property on the grounds that “some claim that the antennas cause illnesses,” proposes a remarkable and radical extension of the laws of nizkei shecheinim: although the objective harmfulness of such antennas has not been conclusively demonstrated,[5] “saving people from fear is a great thing,” and insofar as people are scared of living near such antennas, “this itself is considered hezeik.”[6] A similar argument could apply with regard to people who are genuinely scared of being in proximity to others who are not wearing masks.

R’ Zalman Nechemia Goldberg takes an entirely different approach to the question of smoking in public places (which should apply to the question of mask wearing as well): the paradigm of mazik is appropriate only with regard to actions that occur within one’s own property, but where we are considering conduct in a public or jointly-owned space, the real question is what falls within the space’s “designation (yiud).” Unfortunately, Rav Goldberg does not clarify precisely how this determination is to be made.[7]

Taking this one step further, it has long seemed to me that the entire debate about smoking in public spaces should only be applicable to spaces that actually belong to the public, but not to privately-owned ones, even if their owners make them available to the public. With regard to the latter, it seems obvious that it should be entirely up to the owners to establish the rules for the use of their space. This category would certainly include private jets, and probably even airliners, because despite their legal status as common carriers, airlines are fundamentally still private enterprises, with wide latitude to establish their own rules for passengers once all legal standards have been met.

[4]Tehillim 116:6. Kovetz Teshuvos cheilek 1 siman 219, cited in Nishmas Avraham (second expanded edition) Vol. 4 (CM) p. 45. Whether Rav Elyashiv maintained this position over the subsequent decades of his life or whether his position evolved as a result of increased awareness of the terribly deleterious consequences of smoking is not relevant to our discussion here.

[5]“At this time, there’s no strong evidence that exposure to RF waves from cell phone towers causes any noticeable health effects. However, this does not mean that the RF waves from cell phone towers have been proven to be absolutely safe. Most expert organizations agree that more research is needed to help clarify this, especially for any possible long-term effects.” The American Cancer Society. Retrieved 11:31, Aug. 25, 2020 from https://www.cancer.org/cancer/cancer-causes/radiation-exposure/cellular-phone-towers.html