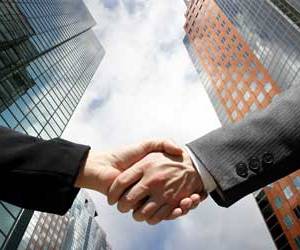 Can you intrude before a business deal is confirmed?

Whether you are selling groceries, wholesale supplies or healthcare services, all businesses are built upon relationships. If a businessman is in the process of developing a relationship with a customer, and a second businessman swoops in to take the deal, has he done anything wrong? If the deal has not yet been finalized, can a second party interfere?

The question of interfering in another person’s business transaction may differ according to your perspective. The original businessman may be mourning the loss of his potential profits. Meanwhile, the second businessman may be congratulating himself on seizing the opportunity and capitalizing on a new deal. According to Halacha, which is the correct perspective?

The gemara presents two situations in which it is not permitted to interfere with someone else’s business transaction. These cases may seem similar, but they have distinct ramifications in terms of practical Halacha.

The gemara in Kiddushin describes that one of the Amora’im wanted to purchase a particular property, but before he had a chance, another Amora purchased it. They brought the case to the Chachamim, who ruled that the halacha is that in a case of an ani mehapech becharara – a poor person who is pursuing an ownerless item with the intent of acquiring it for himself – one who grabs the item first is considered a rasha, even though the ani has not yet made a kinyan on the object and is therefore not yet the halachic owner.

In an apparently similar case, the gemara in Gittin describes a case of ani hamenakef berosh hazayis a poor person who is striking the top of a hefker olive tree with the intent of collecting the olives that fall to the ground. In this case, the gemara concludes, one who collects the hefker olives before the ani violates a rabbinic injunction of gezel, even though the ani did not yet make any kinyan on the olives.

What is the difference?

The Rishonim discuss the difference between these two cases. In the case of ani mehapech becharara, one who interferes with the business transaction violates the commandment of “ועשית הישר והטוב בעיני ה’ אלקיך,” “And you shall do the right and the good in the eyes of Hashem your God” (Devarim 6:18). Even though there is nothing halachically wrong with interfering per se, as no actual transaction has taken place, it is not “right and good” to pursue a property or item that is already the subject of serious discussion or oral agreement. This is because there are likely many other similar deals available; there is no need to pursue specifically the one that the “ani” is pursuing.

The implication of this explanation is that if the deal that the ani is pursuing is unique and unavailable elsewhere, it would be permissible for someone else to make the deal first. If there is a special reason that the deal is worthwhile to the second person – perhaps the property is near his other properties or the price can’t be matched elsewhere – than it would not be a violation of ועשית הישר והטוב to “steal” the deal from the ani.

In the case of ani hamenakef berosh hazayis, the person has made extensive effort and spent time in order to attain a certain object. Perhaps he even risked his life to do so, climbing a tree to reach the hefker olives. In this case, the Rishonim explain, even if the deal is unique and cannot be attained anywhere else, it is considered gezel to interfere with the ani’s deal.