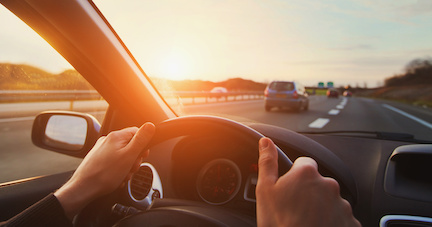 The town of Lakewood has recently experienced a spate of school bus accidents. On 15 Cheshvan/Oct. 21, there were two separate crashes involving school buses, which brought the total to at least five such incidents in just over a month.[1] The extent to which the various bus drivers may have been at fault in these accidents is unclear; in this article, we explore some general Torah perspectives on safe and responsible driving.

The obligation to obey traffic laws

R’ Shmuel Wosner declares that traffic laws established by the authorities must be followed, independent of the applicability of the principle of dina demalchusa dina (“the law of the government is the law,” i.e., recognized by halacha as binding), since their purpose is for the benefit of the public—to prevent accidents—and if the secular authorities would not have established such laws, it would be our obligation to do so. He argues that it is therefore obvious that it is halachically prohibited to run a red light

at all times, even if there are no cars in the immediate vicinity, since the destruction of order leads to danger, as is known.[2]

R’ Asher Weiss, however, while of course agreeing that traffic laws should generally be followed, nevertheless considers it obvious that it is permitted to ignore a red light when doing so poses no danger whatsoever:

It is known that one may not cross a road against a red traffic light. Would we say that a man who stands in the middle of the night at a crosswalk, and sees clearly that there are no cars nearby, and there is not even a remote possibility of danger, and no one sees him, so that there is no concern that anyone will learn from his actions and endanger himself, it is prohibited for him according to the Torah to cross? It is surely reasonable that even the legislature did not intend to prohibit doing so in this situation; it is just that the law cannot distinguish among all particular situations. It seems reasonable to me that in such cases, we follow the rationale (for the law), and since the whole intent of the legislature is to prevent danger, in such cases where there is no danger, one is not commanded to be particular regarding dina demalchusa.[3]

Perhaps Rav Weiss’s lenient stance is limited to pedestrian jaywalking, but he would agree with Rav Wosner regarding vehicular traffic. Alternatively, perhaps Rav Wosner’s stringent position (as suggested by his stated rationale that “the destruction of order leads to danger”) is limited to where the scofflaw may be observed by others, who may be influenced by his conduct to disregard the law even where it would be dangerous to do so—a concern explicitly acknowledged by Rav Weiss.

The halachic rules for determining fault and assigning liability in the case of a collision that occurs in a public domain are complex,[4] but one crucial factor is whether each party was conducting himself at the time of the accident in an authorized (birshus) or an unauthorized (shelo birshus) manner. If they were both birshus or both shelo birshus, then at least under certain circumstances, neither is liable for damage caused to the other, whereas if one is birshus and the other shelo birshus, the latter is liable for damage caused to the former. It is not entirely clear whether reshus is determined by formal halachic or legal authorization, or by common practice. For example, on some highways the legal speed limit is 65 MPH, but it is quite common for cars to travel at up to 80 MPH—is a speed of 75 MPH on such a roadway considered birshus or shelo birshus?

U.S. law has a doctrine of “negligence per se”:

In a torts case, a defendant who violates a statute or regulation without an excuse is automatically considered to have breached his duty of care and is therefore negligent as a matter of law. As a result, the only thing that must be proven at trial is whether the violation was the cause in fact and proximate cause of the plaintiff’s injury.[5]

Some have argued that the birshus/shelo birshus framework of halacha resembles the concept of negligence per se:

The halacha incorporates a concept similar to negligence per se as well. One who causes damage in the public thoroughfare while acting in an unanticipated manner will be liable, provided that the damaged party was not behaving in an unusual or unanticipated manner. See Shulchan Aruch C.M. 378:8, which rules that one who damages his fellow while running in the public domain will be liable if he damaged someone who was not running. Running in this instance is seen as irresponsible and reckless. In halachic terms, one who runs through a public street acts shelo birshus. Consequently, the one who was not running bears no liability. While the halachos of the Shulchan Aruch operate independently of secular law, applicable traffic laws define what constitutes an act that is birshus or shelo birshus on the roads. In essence, the traffic laws dictate what is considered normal behavior on the roads.[6]

A fundamental difference between the two systems, however, is that the doctrine of negligence per se is defined entirely in terms of the defendant’s conduct, without reference to the plaintiff’s, whereas as we have seen, the reshus/shelo birshus framework is defined in terms of the relative conduct of the two parties. U.S. law does have the defenses of contributory negligence (under which a plaintiff is totally barred from recovery if he was in any way negligent in causing the accident, even if the negligence of the defendant was much more serious) and comparative negligence (under which the jury allocates fault, usually as a percentage, and each party pays his share of the other’s damages); but the former, which might indeed result in a system similar to that of halacha, has been abolished in most jurisdictions, while the latter, in which fault is allocated and shared between the two parties, is very different from the halachic framework.[7]