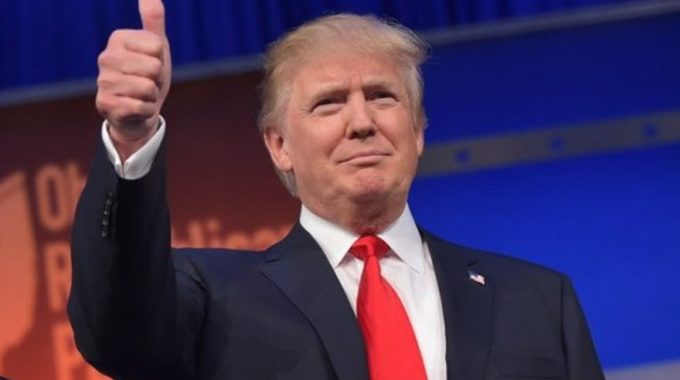 Reciting a Beracha upon seeing Royalty

Recently, a gala fundraising dinner was held in New York by the Orthodox Jewish community, to benefit President Trump’s upcoming election campaign. When the president arrived, a participant rose to the stage and recited a special blessing – which must be recited upon seeing a king – in  the president’s honor. Needless to say, the president was delighted by the gesture. In this article we will examine some of the details and Halachos of this rare Beracha.

The Shulchan Aruch (O.C. 224:8) writes, based on the Gemara in Berachos (58a), that one who sees a Jewish king must recite the Beracha of “Shechalak Mikvodo Lireyav” – Blessed be He, who imparted from His glory upon His fearers; and one who sees a non-Jewish king should recite the blessing of “Shenasan Mikvodo L’Bassar VaDam” – Blessed be He, who gave from His glory to mankind.

The Gemara relates that Rav Sheishes, who was blind, was once near a royal parade. An irreverent Tzeduki stood by him and tried to confuse him as to the time in which the king was passing by, yet, Rav Sheishes, determined that the king actually passed by when there was a sudden silence. Rav Sheishes explained that royalty in this world is akin to royalty in the Heavens, which manifests itself in silence (as the Pasuk in Melachim (1 19:11-12) attests). When Rav Sheishes proceeded to recite the special blessing, the Tzeduki mocked him for reciting the blessing although he was blind and couldn’t see the king. Subsequently, the Tzeduki was severely punished for his mockery.

The Magen Avraham (ibid 6) and other Poskim derive from here that even a blind person must recite this Beracha. The Elya Rabba however, understands that Rav Sheishes did not recite this Beracha but rather was just greeting the king (hence the expression of the Gemara: “Barich Leih” – he gave him a blessing, not “Barich Aleih” – he recited the blessing upon him). The Chida in Machzik Beracha sides with the Magen Avraham (and corrects the girsa in the Gemara to fit his understanding). L’Halacha, the Mishna Berura cites the Pri Megadim that someone who was blind from birth, should recite the Beracha without a Sheim U’Malchus.

Just as a blind person may recite this blessing, so too, the Chida argues in Birkei Yosef, must anyone who sees the king’s entourage pass by – even if the king is enclosed in his vessel and not visible. However, the Ksav Sofer (cited in Hagahos Chasam Sofer) distinguishes between a blind mind who finds himself in a parade, with no partition between him and the king and his guards, and a king who passes by in an enclosed vessel where there is a partition between the king and the people. Rav Shlomo Kluger also opines that one must not recite a the Beracha in such an instance, and he reasons, that if so, one should say the blessing even when passing by the royal palace.

Some Achronim (Tzapichis BiDvash 61, Pesach HaDevir, Mor U’Ketzia, Kitzur Shulchan Aruch) distinguish between the Chida’s case in which the king’s glory is not manifested, and a case where there is such a grand entourage which blocks the view of the king. In the latter case, these Poskim would hold that one would make a Beracha.

Accordingly, one who stands by a motorcade where a king is parading the streets in an enclosed vehicle, according to the Birkei Yosef and others one would have to recite the Beracha of Shenasan Mikvodo, whereas according to the Ksav Sofer and others you won’t.

Rav Betzalel Stern was asked (B’Tzel HaChochma 2:18) whether one recites this Beracha when seeing a king on television (or other such devices). He cites the Pesach HaDevir and other Achronim who discuss reciting the Beracha when seeing the king via telescope or a mirror. They bring proof from the Teshuvos Halachos Ketanos who writes that one may testify even when witnessing an act through a mirror.

Rav Stern however distinguishes between the two, reasoning that testimony is not about “seeing” per se, but about verifying. He cites examples of testimony that relies on vocal recognition or other methods. Furthermore, he argues, even if we were to accept seeing through a mirror or other lenses to be considered “seeing” for the purpose of Birkos HaRe’iyah – the berachos of sight – nevertheless, seeing on a screen is unlike seeing the image itself as it is merely a digital rendition of the real image, just as one wouldn’t fulfill the mitzvah of hearing shofar or megillah via radio.

In the following Teshuva, Rav Stern was asked whether one can recite the blessing on a queen. He cited proof from the Gemara in Avoda Zara (20b) that relates how Rabban Gamliel recited a Beracha upon seeing a gentile woman – by chance. He explains, that although there is an issur histaklus at a woman, nevertheless if one sees a woman in passing and not in a form of histaklus there is no prohibition, and therefore, upon seeing a queen one should definitely recite the beracha of Shenasan Mikvodo. This is also the opinion of the Debretziner (Be’er Moshe 2:9), Rav Shmuel Vozner zt”l (Shevet HaLevi 1:35), Rivevos Efrayim (2:82) and others.

Throughout the generation, the Poskim have discussed whether the rulers in various eras and societies fit into the halachic definition of a Melech. The Magen Avraham cites the Radvaz (2:296) who was asked about reciting the beracha over a ruler who is not the king, but wields great authority. He cites the Teshuvos HaRaavad (not the Raavad of the Hasagos on the Rambam, but a different one) who writes that there are three conditions to be eligible for this blessing: 1. He is as important as a king, 2. He can judge and kill (dan v’horeg b’mishpat), 3. His word doesn’t change from yes to no or no to yes. This is also cited in the Mishna Berura.

The Chasam Sofer (O.C. 159) and others write that this would disqualify a ruler who has no authority to kill. Accordingly, Rav Shlomo Zalman Auerbach zt”l is quoted in Halichos Shelomo (23:60) that one cannot recite this blessing over the President of the United States or most modern-day democratically elected rulers. They maintain that one can only recite the Beracha without a Sheim U’Malchus.

However, many Achronim argue that the president also holds the power of life and death, as he can grant clemency to death-row inmates and wage deadly wars (see Afarkasta D’Anya 1:32). Others add that the broad authority given to the president is equivalent to the power of life and death that the Poskim require (see Shoel V’Nishal vol. 1, O.C. 73). The Halacha Berurah cites Rav Ovadia Yosef zt”l who also held that one should recite the blessing over a president, reasoning that the Raavad’s requirement of the power to kill was only with regards to a subordinate of the king. Such a figure must hold a tremendous amount of power to be considered akin to a king. But the king himself, or the one who holds the highest office in the land, is definitely considered a bona-fide king for the purpose of this Beracha. [It is interesting to note that not many rulers or presidents fulfill the third condition of the Raavad, not to change one’s yes to a no or vice versa…].

Many Achronim hold one may recite the blessing of Shenasan Mikvodo L’Basar VaDam over the President of the United States. One can also recite it over a queen, or even when not seeing king or queen in person but among their royal guard. Regarding a blind person or seeing a king in an enclosed vehicle there’s a debate among the Achronim, and one should recite it without a Shem U’Malchus. Seeing the king on a screen however, would not require one to recite the blessing. May we merit to recite the blessing of “Shechalak Mikvodo Lireyav” upon seeing Melech HaMashiach speedily in our day, Amen!