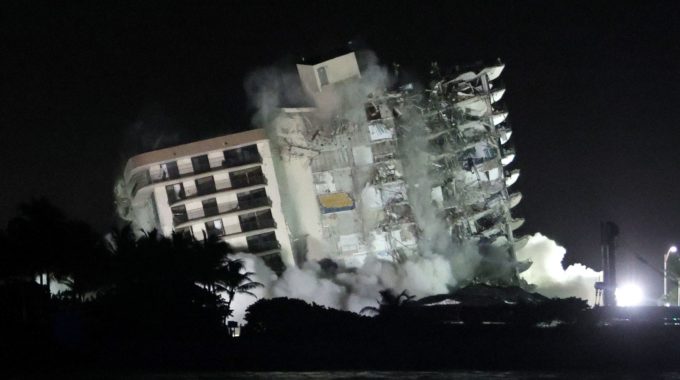 In the aftermath of the horrific tragedy of the Surfside, Florida building collapse, analysts and reporters have been attempting, often with the benefit of hindsight, to explain why the existing frameworks of safety inspections and certifications failed to prevent the catastrophe, and whether the condominium ownership structure was part of the problem.[1] (The problem of individual owners being unwilling to contribute their share of necessary joint expenditures is recognized by Chazal, who describe it using the picturesque idiom that “a pot belonging to partners is neither hot nor cold,”[2] i.e., no one takes responsibility for an item that belongs to multiple people, a problem later characterized as the “tragedy of the commons.”)

Some have suggested that the collapse demonstrates that building safety certification rules need to be strengthened.[3] The problem, of course, is that such strictness would translate directly into increased costs. As we have previously discussed in this forum, while halacha certainly does assign a very high value to the preservation of human life, it also provides for its balancing against economic cost. Thus, commercial activity (such as maritime travel in ancient times, or a dangerous profession like hunting) may be permitted even when it entails significant risk to life.[4] It would seem, then, that in our context as well, the halachic attitude toward expensive safety precautions will hinge on how we balance the severity of the risk—high-rise collapses are extremely rare in the United States—against the economic cost of the precautions in question.

One particularly apropos precedent for our discussion is the fact that historically, Jews sometimes lived in disaster-prone areas with exacerbated risk due to subpar housing construction. On Yom Kippur, the Kohein Gadol would pray on behalf of “the men of the Sharon (plain)” that “their houses should not become their graves.”[5] The risk was due to the valley location, high rainfall, and/or substandard local construction.[6] Chazal, in a different context, tell us that brick buildings in the Sharon needed to be rebuilt “twice in seven years,” and they seem to connect this to the Kohein Gadol’s concern for their collapse;[7] the commentaries explain that the instability was due to the earth of the Sharon being unsuitable for brickmaking.[8]

Could the men of the Sharon not have built safer, more durable buildings? If the problem was the poor quality of locally manufactured bricks, they could have imported bricks from elsewhere, or used other building materials. Perhaps the answer is along the lines of the above, that building more safely would have been significantly more expensive. (It is certainly possible that halacha would consider the conduct of the men of the Sharon unacceptably reckless, although I am unaware of any such criticism in the halachic literature.)

Another possible precedent for the idea that not every feasible safety measure, no matter how expensive, is necessarily appropriate, is from the Talmudic account of an exchange between R’ Pinchas ben Yair and R’ Yehuda Hanasi, in the course of which R’ Pinchas ben Yair expressed disapproval of R’ Yehuda Hanasi’s possession of white mules (which were dangerous animals): “The Angel of Death is in this person’s house.” R’ Yehuda Hanasi responded by proposing, inter alia, to kill them, but R’ Pinchas ben Yair retorted that this would violate the prohibition against wanton destruction of property (bal tashchis).[9]

R’ Yitzchok (Itzele) Blazer (Peterberger) raises an obvious problem: If white mules pose a serious danger, then destroying them should not violate bal tashchis, which only prohibits “wanton” destruction! He therefore explains that the white mules in question were not wild animals but domesticated and economically useful. They were considered very unlikely to cause harm, but they might do so on occasion. Maintaining such animals is permitted as a matter of halacha, but it fails to meet a higher standard of piety (midas chassidus). Since the issue is merely one of midas chassidus, the destruction of the mules would indeed be considered wanton and would violate bal tashchis.[10]

This is somewhat difficult to understand: If the mules were dangerous enough that maintaining them violated the standard of midas chassidus, and their owner could be described as harboring the Angel of Death, their destruction would hardly seem wanton! R’ Itzele apparently holds that even genuine, legitimate concern for safety is not always sufficient grounds to justify wasteful behavior. Perhaps R’ Itzele would distinguish between inherently destructive behavior like killing animals and constructive activity like adding structural elements to a building to make it safer, but this distinction is not entirely clear.

Of course, none of this negates the notion that the Surfside tragedy should serve as a reminder to review building safety inspection and certification regimes—but it should be understood that is impossible to completely eliminate risk, and the expenditure of substantial resources to avoid far-fetched risk scenarios may even be prohibited under bal tashchis.

[1]See, e.g., Mary Harris. The Dream of Florida Is Dead: The Miami condo collapse is a crisis for the entire state. Slate. https://slate.com/business/2021/06/miami-condo-collapse-florida-building-industry-crisis.html;

Matthew Gordon Lasner. Condo Buildings Are at Risk. So Is All Real Estate. The Atlantic. https://www.theatlantic.com/ideas/archive/2021/07/surfside-tower-was-just-another-condo-building/619348/.