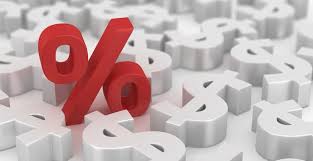 WHO IS SUBJECT TO RIBBIS? All participants in the transaction violate issurim: lender, borrower, witness, guarantor, and scribe or attorney.

BANKS AND PUBLICLY TRADED COMPANIES – As ribbis is only prohibited where both parties are Jewish, one may borrow at interest from a publicly-traded bank or financial institution.

FUTURISTIC RIBBIS STIPULATIONS – One may also not enter into a contract today to charge or pay ribbis when a loan is made at some future date, as with a capital call.

RIBBIS ON OTHER BORROWED ITEMS

It isn’t only loans of money that are subject to the prohibition. Any item that is loaned with the expectation that, like money, it will be consumed by the borrower and a substitute delivered in return, is subject to the laws of ribbis. Thus, lending a pound of sugar to a neighbor in exchange for two pounds in a week is forbidden. But lending something for pay where the very item that was loaned is to be returned—a car, a gown, a house—is Halachically deemed a rental and permitted.

Most ribbis problems can be averted by executing a heter iska agreement. This document structures the transaction as an investment, with a trivial risk to the investor, rather than a loan. This obviates the possibility of ribbis. The particulars of heter iska are beyond the scope of this article; consult a ribbis professional for guidance.

Rabbi Chaim Weg  Question: Many people are familiar with the term “geneivas da’as” and are…

Click below to print the PDF Shabbos Sukkos Print Version