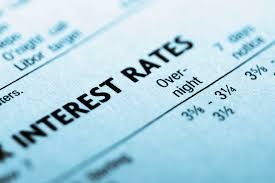 The Torah prohibits borrowers and lenders from entering into a loan transaction with a fellow Jew that includes an interest obligation (Shemos 22:24, Vayikra 25:35-36, Devarim 23:20,). Even if the loan was already illicitly made, it is further prohibited to follow through and actually pay or receive ribbis. In many cases, even if such payment was made, it must be returned to the borrower.

THE SEVERITY OF THE PROHIBITION

The Torah is replete with statements that communicate the extreme severity of the ribbis prohibition:

A person involved in a ribbis transaction can transgress as many as six Torah prohibitions.

One who lends or borrows with interest denounces the G-d that took the Jewish people out of Egypt (Bava Metzia 71a).

One who borrows or lends with ribbis is cursed that his assets dwindle (ibid).

Yechezkel (18:6-17) equates ribbis with the three cardinal sins and the Talmud (Bava Metzia 61b) equates it with murder.

One who lends with ribbis will not rise at techiyas hameisim (Pirkei D’Rabbi Eliezer 33).

There are various types of ribbis. It is important to be able to identify exactly which form of ribbis is involved in each specific transaction, as the laws – as well as the recourse – may vary accordingly.

The various forms of ribbis include:

· Tzad Echad B’ribbis – one-sided ribbis; cases where the existence of ribbis is subject to a specific occurence

· Ribbis Mukdemes – paid in advance of a loan

· Ribbis M’ucheres – paid after the loan was made, but not required under its terms

· Ribbis Evarim – a verbal gift like effusive thanks, a blessing, or an honor

· Mechzei K’ribbis – acts forbidden because they appear to be ribbis, though they aren’t