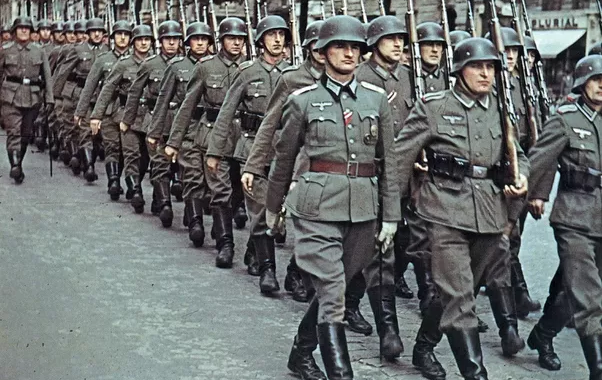 The US Government recently publicized efforts it is taking to facilitate the return of a painting stolen by the Nazis in WWII to its original Jewish heirs. Over the years, the US Senate has attempted to pass laws making it easier for the victims of plundering by the Nazi’s to regain their stolen property, and this raises a fundamental question for battai din throughout America.

In Jewish law, the buyer of moveable property, be it a painting, a car or a kiddush cup, that turns out to be stolen, is protected. (Choshen Mishpat 353:3)

As long as the buyer did not purchase the property in question from someone who was known to be a thief, our sages made a special enactment (takanas hashook) to protect him.

Before this takana was made, the opinion of the Shulchan Aruch is that the buyer of stolen property that the owner has given up hope of getting back, must return the monetary value of that property to the owner, and it is he, the buyer, who must then find the thief, or whoever sold him the property and reclaim his loss from them.

Our sages, worried about the dangers to free trade – of buyers hesitating to purchase merchandise that may subsequently turn out to be stolen – enacted that anyone who buys merchandise which is subsequently proven to be stolen is not required to return the merchandise or its value to its owner until he, the buyer, is refunded by the owner the sum paid by him to the thief (or whoever he bought it from). It is then the responsibility of the owner to reclaim his money from the thief.

Our sages added that this takana would only apply where the buyer did not buy from a known thief. If he did, he is offered no protection by this takana.

However, the Rama rules (Choshen Mishpat 356:7) that if the law of the land (dinei demalchusa) requires the buyer to return the stolen property itself, without being reimbursed, then this prevails.

Therefore, it would seem that based on the passing of a law, in the case of a Jewish buyer of artwork which turns out to have been plundered from a fellow Jew by the Nazis, even if the buyer did not buy the painting from the Nazis themselves but from a reputable source, the painting itself must be returned without reimbursement (if that is the effect of this bill), even though according to the halacha, the buyer does not have to do so.

Let’s examine if this really is the case.

The Shulchan Aruch rules that the principle of dinei demalchusa dina applies to laws that apply between a citizen and the administration alone, but not to dealings between two Jews. This would include, for example, all tax laws and all criminal cases, as the state is a party to the prosecution, but would exclude civil disputes, such as disagreement between two neighbors or business men, as the government is not a party at all.

The Rama brings the opinion that dinei demalchusa also applies to disputes between two Jews, where the administration is not involved (Choshen Mishpat 369:8).

However, the Chazon Ish ruled (Likutim 16) that since the law in almost all civilized countries allows two citizens to solve their civil disputes in arbitration according to whatever rules they wish, any two Jews who have a dispute to which the government is not a party, are obligated, even according to the opinion of the Rama, to solve it according to Torah law, and not according to dinei demalchusa.

The exception to this rule will be where the law has become accepted practice amongst all, and is now the accepted custom in the market place. In such a case, it overrides the halacha. (An example of this is severance pay, which- while having no source in Jewish law- is awarded by bais din, as such is the accepted custom).

It is important to point out that even in cases where dinei demalchusa does apply, that does not mean that the case may be judged in a secular court, but that bais din will rule according to the law of the land.

The ramifications of this halacha are that where a Jewish art collector is taken to bais din by the Jewish owner of the painting, from whom it was plundered by the Nazis, even after the introduction of the new law, bais din will rule that the owner must reimburse the art collector the sum he paid for the picture.

All the above applies to a case where the property was stolen. Where it was extorted, for example, where a valuable painting was given to the Nazis in exchange for an exit visa, the halacha is different, and will be dealt with in a separate article.

The above is also only applicable in the case of moveable property that was stolen. Where real estate was stolen the halacha is different, too.

Where the plundered property is found in the possession of a non Jew, the halacha would also be different, as the non Jew is obligated by the law of the land in all cases, and the halachic question this raises is whether or not a Jew can claim from a non Jew compensation that is not due to him according to Torah law.

Where the plundered property is found in the possession of a Jew who does not accept the authority of bais din too, the halacha will be different, as in such a case there is another fundamental question as to whether a Jew can take from another Jew a payment which is not due according to Torah law.

To conclude, it should be mentioned that it could be argued that all buyers of Judaica, especially in Europe, are not protected by our sages’ takana, as they should have taken into account that the property may have been plundered by the Nazis from a Jew, even where the seller is a reputable dealer.

A great Rabbi was once offered a walking stick, reputed to have belonged to Rabbi Akiva Eiger זצ”ל, but he refused to accept the gift saying, [quote] “it’s probably stolen property”.